For 2021, Steven Kopits with Princeton Policy Advisors accurately projected that about two million border crossers and illegal aliens would be apprehended.

Likewise, Kopits correctly projected that more than 2.3 million border crossers and illegal aliens would be apprehended in 2022, for a total of about 4.2 million apprehensions since Biden took office.

As illegal immigration hit a record monthly high in December 2022, with more than 250,000 apprehensions at the border, Kopits writes that the figures “are simply surreal” and suggests that Biden is on pace to set a new illegal immigration record this year. 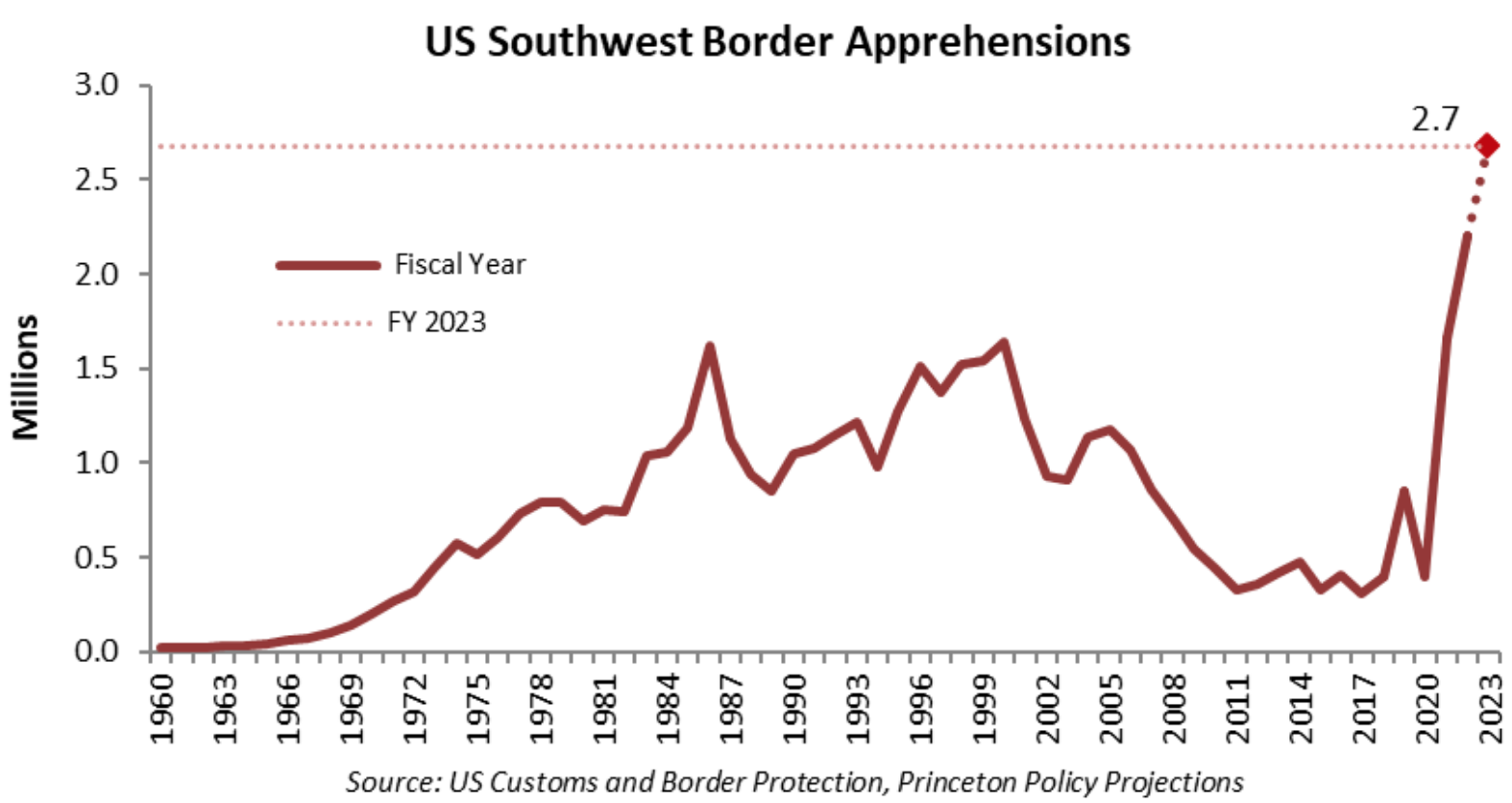 These so-called “got-away” figures are on top of the tens of thousands of border crossers that the Biden administration is releasing into the U.S. interior every month. Over just a couple of summer months in 2021, for example, the administration released over 150,000 border crossers into American communities.

Though the Biden administration has drastically expanded its Catch and Release network at the border, the Department of Homeland Security continues to hide the monthly number of border crossers who are directly released into the U.S. interior.

A Los Angeles Times/YouGov poll, published in December, reveals that 65 percent of Americans oppose the Biden administration’s releasing border crossers into American communities rather than detaining them while they await their asylum hearings.