Over 1.5 million wreaths will be placed at veterans’ resting sites this weekend across 1,400 cemeteries by Wreaths Across America, a charitable organization founded by Karen Worcester.

“Wreaths Across America is a 501(c)(3) that has a mission to remember the fallen and honor those that serve, and most importantly, to teach our kids and the next generation the value of freedom and to help prepare them to be the next generation that steps up to be the caretakers of freedom and make sure that this gift is protected that we’ve been given,” said Worcester.

Commemorating the fallen is “so important… during the holiday season,” added Worcester, inviting Americans to “embrace military families and those that have lost loved ones.”

Officially launching in 2005 via viral photograph, Worcester originally began placing wreaths at veterans’ graves in 1992 when she and her husband used surplus wreaths from their Christmas wreath business. 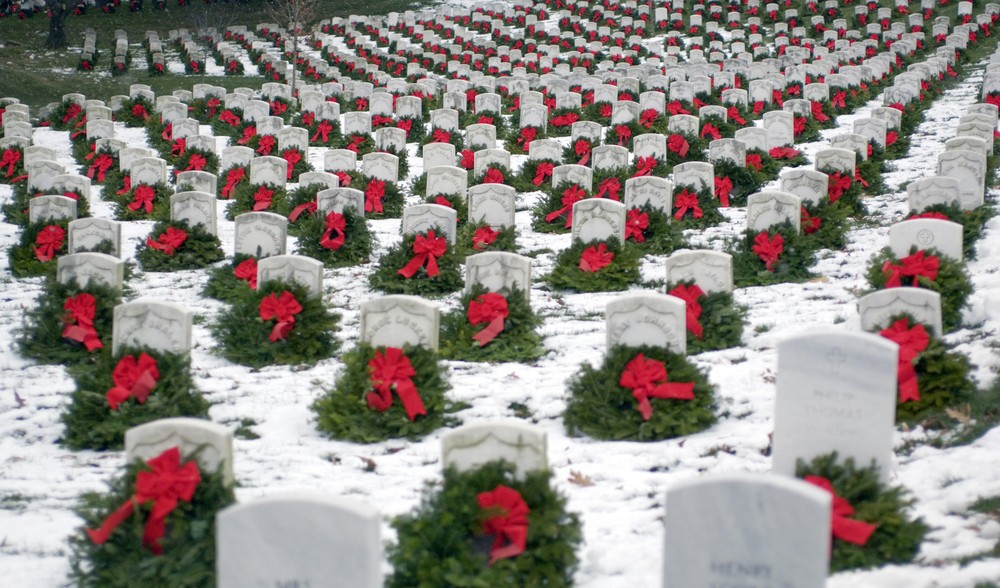 “We just wanted to give thanks,” said Worcester, explaining her charity’s origin story, “We vowed to always do it.”

As a 12-year-old, Worcester’s husband Morrill was moved by a boyhood visit to Arlington National Cemetery in Arlington County, VA.

“This experience followed him throughout his life and successful career, reminding him that his good fortune was due, in large part, to the values of this nation and the veterans who made the ultimate sacrifice for their country,” read Wreaths Across America’s website.

Worcester urged American to appreciate “how fortunate and blessed [we] are to live in this nation,” framing the blessing America as protected by the sacrifices of military servicepersons and their families.

Wreaths Across America’s volunteers are encouraged to say aloud the names of the veterans at whose graves they lay wreaths. 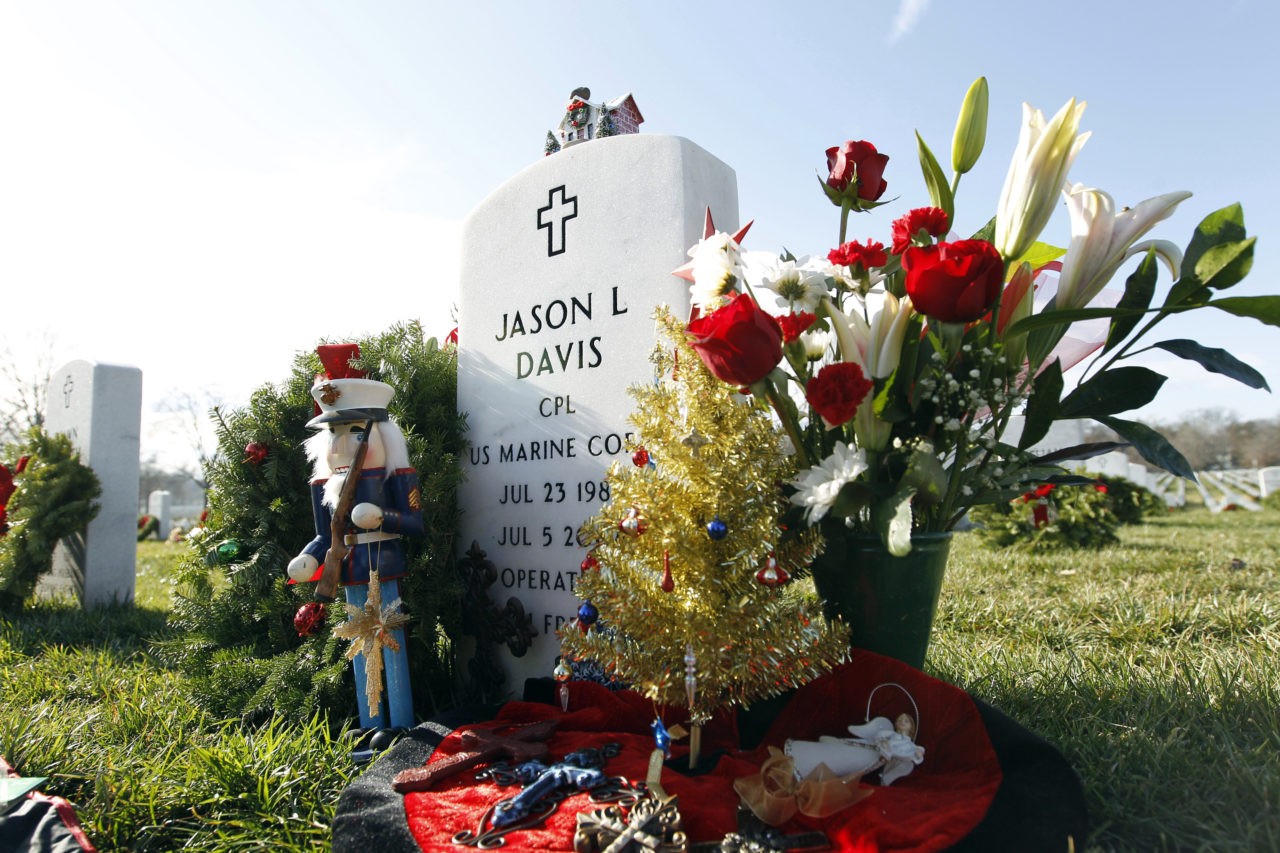 The headstone of Marine Cpl. Jason L. Davis is decorated by his mother Diane Travis as a wreath is placed at each grave at Arlington National Cemetery in Arlington, Va. on Saturday, Dec. 15, 2012, during Wreaths Across America Day. (AP Photo/Jose Luis Magana)

“Remember, Honor, and Teach,” amounts to Wreaths Across America’s stated mission on its website.

“We encourage every volunteer who places a wreath on a veteran’s grave to say that veteran’s name aloud and take a moment to thank them for their service to our country. It’s a small act that goes a long way toward keeping the memory of our veterans alive,”

Wreaths Across America is accepting both volunteers and donations.