Roman contrasted the Biden administration’s actions in Afghanistan with America’s surrender of Saigon at the conclusion of the Vietnam War on SiriusXM’s Breitbart News Sunday with host Joel Pollak.

“If you saw Vietnam as being the last disastrous withdrawal that the United States had in 1975, leading to the abdication of the U.S. supremacy in Southeast Asia from ’75 until maybe about 2000 to 2001 … [then] this is the equivalent for the Middle East,” Roman held. 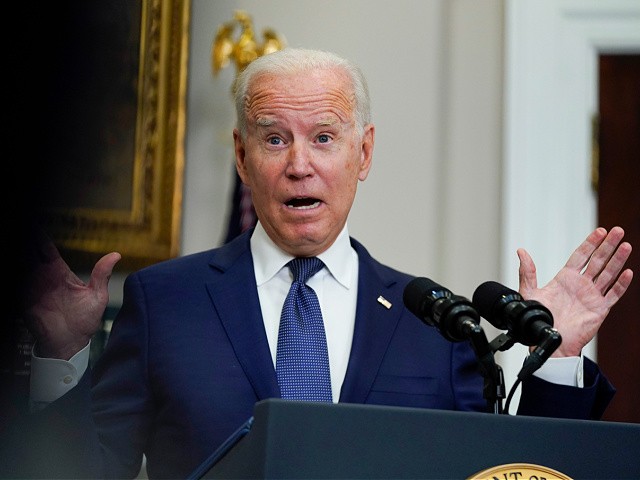 President Joe Biden answers a question from a reporter about the situation in Afghanistan as he speaks in the Roosevelt Room of the White House, Sunday, Aug. 22, 2021, in Washington. (AP Photo/Manuel Balce Ceneta)

“I think that this is Joe Biden’s first and probably greatest foreign policy — if not military — disaster, not just of his term in office so far, but this will be a hallmark and what marks his foreign policy for at least the first term of his presidency.”

Roman said, “We now have a Russian umbrella which has been cast over the skies of Syria. Just yesterday, Israeli strikes meant to intercept Hezbollah weapon shipments to the Syrian regime — Iranian weapon shipments to Syria and to Hezbollah — 22 out of 24 missiles were intercepted by the Russian S-300 and Pantsir anti-missile systems.”

Russia would not have provided such weapons systems during former President Donald Trump’s time in the White House, Roman determined.

He said, “The Russians didn’t have the gumption to put in such a system when Trump was in power because [they] knew he would have given Israel the green light to knock that out.” 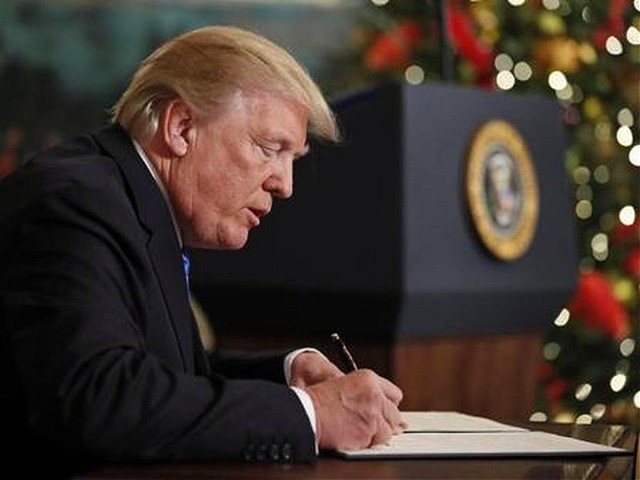 President Donald Trump signs a proclamation in the Diplomatic Reception Room of the White House, Wednesday, Dec. 6, 2017, in Washington. Trump recognized Jerusalem as Israel’s capital despite intense Arab, Muslim and European opposition to a move that would upend decades of U.S. policy and risk potentially violent protests. (AP Photo/Alex Brandon)

The Biden administration’s handling of its stated “withdrawal” from Afghanistan has emboldened America’s adversaries’ push for influence in the Middle East and North Africa, Roman assessed.

“In Libya, right now, the Turks and the Qataris [are] basically casting influence from Morocco to the Egyptian border with Libya,” he stated. “These are things that are not being monitored right now because everyone is focusing on Afghanistan, but as the world’s attention is on Afghanistan, the Russians, Iranians, Syrians, Qataris, and Turks are filling the gaps in the rest of the Middle East, and one by one, these will be challenges for President Biden, and I’m sorry to say that unless he changes his footing, they are going to be failures for American national security policy.”