Alison Crowther, mother of Welles Remy Crowther, known as the Man in the Red Bandana, who helped rescue 18 people from the South Tower of the World Trade Center on September 11, 2001, told Sirius XM’s Breitbart News Daily host Alex Marlow on Thursday that her son’s protective nature was visible in childhood.

Welles Crowther became known as the Man in the Red Bandana following reports of survivors’ testimonies who recalled how his leadership and presence of mind were crucial in guiding them to safety after the South Tower was struck by one of the hijacked airliners. A documentary of the same name was produced in 2017.

“That type of nature — his protectiveness, his watching out for others — was very evident from the time he was a little boy,” Alison Crowther told Marlow.

She shared an anecdote of her son protecting his then-three-year-old sister, Honor.

She recalled, “He loved Dukes of Hazzard as a little guy. It fired up his imagination for action. He was always jumping from the highest places, loved G.I. Joe as he got older, had a great imagination, and he was always watching out for his little sister, Honor, who was actually a flight risk.

“We were up on Martha’s Vineyard having lunch one day in Vineyard Haven, which has a busy main street, and suddenly, she, at age of three, she gets up and bolts out the door going between two parked cars, and Welles went right after her — because I was on the other side and couldn’t reach her — and he grabbed her and pulled her back from the street.”

The 9/11 Memorial and Museum recounted Welles Crowther’s heroism as detailed by those whose lives he helped save:

When hijacked Flight 175 hit the World Trade Center’s South Tower, people on the 78th floor sky lobby huddled together, frightened and confused. There was no escape as far as they could tell. Then, a man with a red bandana covering his nose and mouth suddenly appeared from the wreckage and smoke. He spoke in a calm voice and guided them to a stairway, leading them to safety. The man in the red bandana made three trips to the sky lobby, saving as many people as he could, until the burning building collapsed.

Welles Crowther’s bravery and heroism on 9/11 will never be forgotten. As survivor Judy Wein, who was rescued by Crowther notes, “People can live 100 years and not have the compassion, the wherewithal to do what he did”: 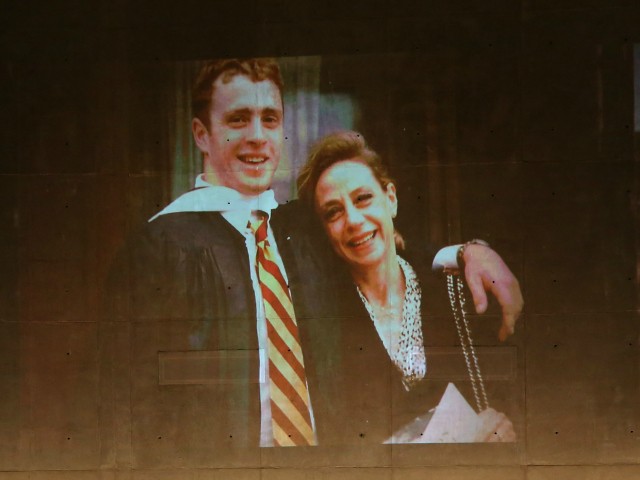 Welles Crowther, pictured on the screen with his mother Alison, during the dedication ceremony at the National September 11 Memorial Museum May 15, 2014 in New York City (Photo by Chang W. Lee-Pool/Getty Images).

Alison Crowther recalled how her son’s heroic actions were unknown to her for months following the terrorist attacks. News reports of survivors who escaped the South Tower on September 11 — crediting their rescues to a man in a red bandana — eventually revealed details of Welles Crowther’s final moments.

“When I actually uncovered in that article in the New York Times clues about this mysterious man in the red bandana, I knew in my heart of hearts that that was Welles because he always carried a red bandana since he was a little boy,” Alison Crowther stated. “I had such a sense of relief and almost — this may sound strange — but almost joy for him after all those months, knowing he was gone, and [being] so worried and tormented that he’d been trapped and suffering like so many others were in his final hour, to learn that he had been free to be his full self, to use his skills that he learned as a firefighter to save lives”: 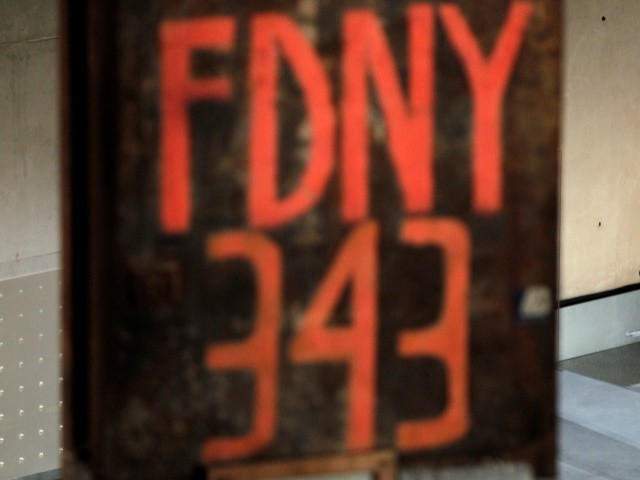 She added, “Knowing my son, I know that he was on fire that day himself. He was full of care for other people and a sense of saving as many lives as he possibly could. That was a wonderful thing for our family to learn that he was free to make his choice that day and that he made the choice he did did not surprise us at all”: 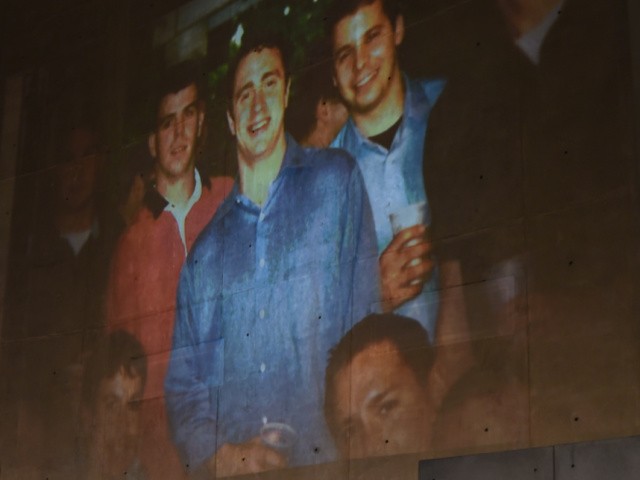 Welles Crowther was a volunteer firefighter in addition to working as an equities trader with Sandler O’Neill, an investment banking firm in the World Trade Center.

The Welles Crowther Red Bandanna 5K is an annual race held on the Boston College campus to honor the 9/11 hero who is its namesake: 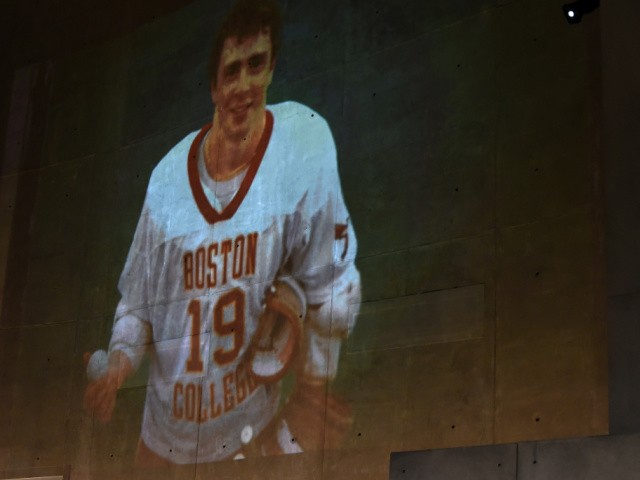