Katherine Johnson, a pioneering mathematician of her time who was featured in the movie Hidden Figures, has died at the age of 101, according to NASA.

“Our @NASA family is sad to learn the news that Katherine Johnson passed away this morning at 101 years old. She was an American hero and her pioneering legacy will never be forgotten,” NASA administrator Jim Bridenstine tweeted.

Our @NASA family is sad to learn the news that Katherine Johnson passed away this morning at 101 years old. She was an American hero and her pioneering legacy will never be forgotten. https://t.co/UPOqo0sLfb pic.twitter.com/AgtxRnA89h

The innovative black mathematician was part of a team of “human computers” who worked on complex space missions that would calculate the trajectories for astronauts who went into space out of NASA Langley in Hampton, Virginia, WAVY reported.

Johnson’s precise calculations done using pencil and paper or chalk and chalkboard put John Glenn and other astronauts into orbit and brought them safely back to Earth.

It was Glenn who even asked for Johnson to hand-check the computer-calculated equations of the trajectory of his mission through its orbit.

“If she says they’re good,’” Katherine Johnson remembers Glenn saying, according to a NASA biography on her. “Then I’m ready to go.”

Johnson was born in August 1918 in White Sulphur Springs, West Virginia, where not many people were aware of her until the 2016 movie Hidden Figures, which highlighted the work she and her colleagues did and the challenges they faced at NASA Langley.

In 2015, former President Barack Obama awarded her the Presidential Medal of Freedom and she was also selected in November to receive the Congressional Gold Medal, the highest civilian medal awarded by Congress. 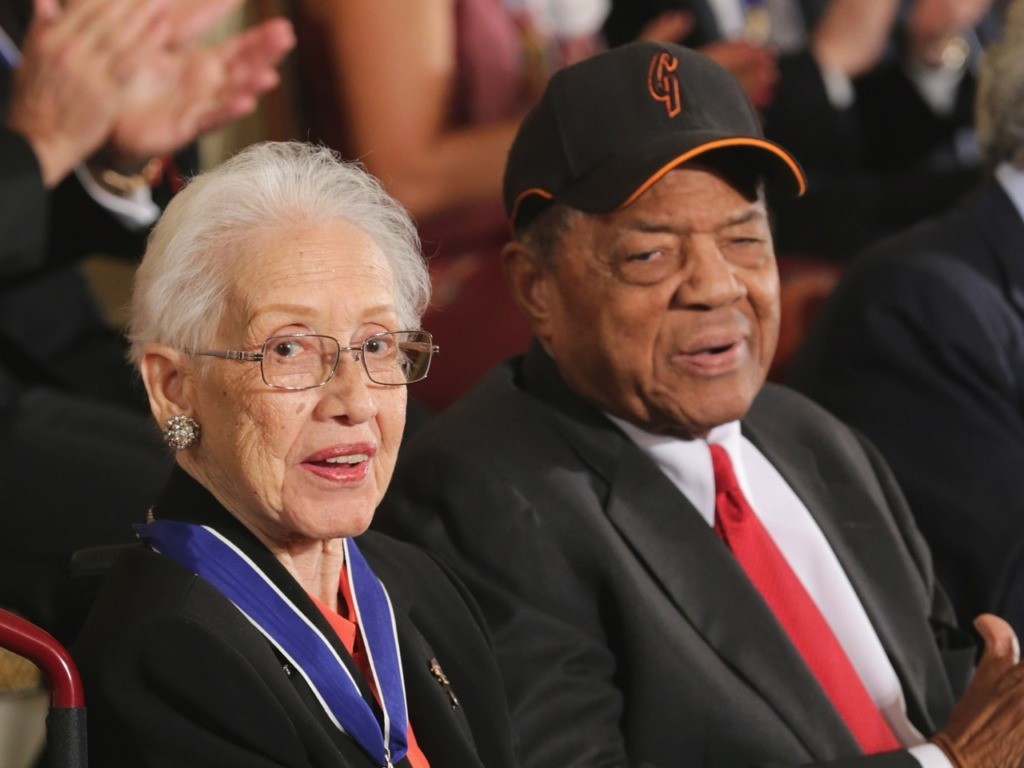 Pioneering NASA mathematician Katherine Johnson (L) and Baseball Hall of Famer Willie Mays are presented with the Presidential Medal of Freedom during a ceremony in the East Room of the White House November 24, 2015 in Washington, DC. Obama presented the medal to 13 living and four posthumous pioneers in science, sports, public service, human rights, politics and arts. (Chip Somodevilla/Getty Images)