Bryce Harper became a meme because he couldn’t pronounce meme. That’s how the cool kids on the interne troll.

The Washington Nationals right fielder appeared on SportsCenter last night to discuss winning the National League MVP award. “Would you rather be as bald as I am for the rest of your life, or never have a season again when you have double-digit home runs?” asked host Scott Van Pelt (pronounced prothonotary warbler). “I don’t even want to answer that right now,” Harper answered, “because I know how many meh-mays are going to be out there with me with the bald head.”

You say to-may-to. I say to-mah-to. I say dumb question. You say stupid answer. Dictionary.com names meme as one of the English language’s eleven most common mispronunciations. But the memers must go Jonathan Papelbon and take it personally. They will jump on every bandwagon but Bryce Harper.

For this articulation mutation, the Sporting News proclaimed: “Bryce Harper Is a Dork.” But the people who talk about memes, share memes, regularly use “meme” in conversation aren’t? An obsession with memes makes you one. Talking about what everyone else talks about turns one into a many, absorbing the recycled and emitting nothing original. I be me. They be meme.

Bryce Harper hit 42 home runs and played as an MVP at 22. Yet the pale, pasty, Barney Fife doppelgangers hunched over screens all day who obsess over Double Rainbow guy and tell Chuck Norris jokes and sing “Chocolate Rain” and tweet pictures of Gene Wilder with witty sayings attached imagine themselves cool.

People who don’t get the meme-o refresh. They don’t have time for trendy. They’re hitting 42 home runs or raising kids or working two jobs. They couldn’t pick Perez Hilton out of a police lineup and don’t know the steps to the Nae Nae. They’re too secure in their own skin to get caught up in what everyone else talks about. David Riesman called them “inner directed” long before the internet homogenized the culture. Sporting News prefers “dork”

The guy who coined the term surely passes for one. Richard Dawkins, who jumped on the Lalla Ward wife meme after Tom Baker did, ranks as the hipster’s favorite septuagenarian even if on the list of Romana II’s husbands he falls slightly lower. More a practitioner of scientism than science, the longtime Oxford prof rests his reputation on a category mistake. In non sequitur fashion, he imagines science as the key to understanding faith (the way others imagine it as the Rosetta Stone for releasing the mysteries of poetry and art and history and love). Perhaps even more so than the evangelical atheism presented as though laboratory-proven in The God Delusion, the invention of the internet age’s favorite neologism makes Dawkins famous.

“We need a name for the new replicator, a noun that conveys the idea of a unit of cultural transmission, or a unit of imitation,” Dawkins wrote in The Selfish Gene. “‘Mimeme’ comes from a suitable Greek root, but I want a monosyllable that sounds a bit like ‘gene.’ I hope my classicist friends will forgive me if I abbreviate mimeme to meme. If it is any consolation, it could alternatively be thought of as being related to ‘memory’, or to the French word même. It should be pronounced to rhyme with ‘cream.’”

Of course, Dawkins never mentioned that like everyone else with a degree from Oxford he remains constitutionally ignorant of monosyllabic words and pronounces “cream” as “creh-may,” making Bryce Harper’s diction no fiction.

It’s science. And that’s a meme. 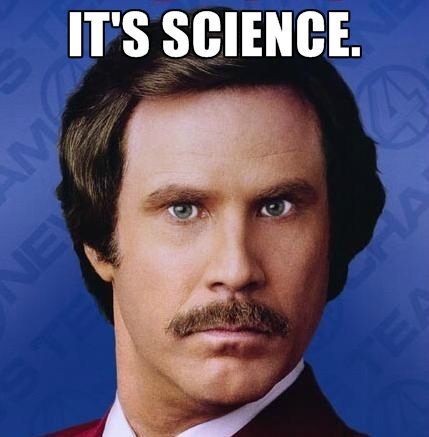