The Bersa BP40CC is a polymer pistol designed specifically for concealed carry and self-defense applications. Chambered in .40 caliber, the gun has the power to get the job done.

The BP40CC has a polymer frame, a steel slide, and weighs in at approximately 20.5 ounces unloaded. It holds seven rounds in the magazine and one in the chamber (7 + 1).

The magazine is single stack, which allowed the gun designers to achieve an incredibly narrow width of .94 of an inch for the BP40CC. To understand how thin that is, think about the Glock’s new single stack 9mm–the model 43. The 43 is super thin and concealable at a 1.o2 inch width. 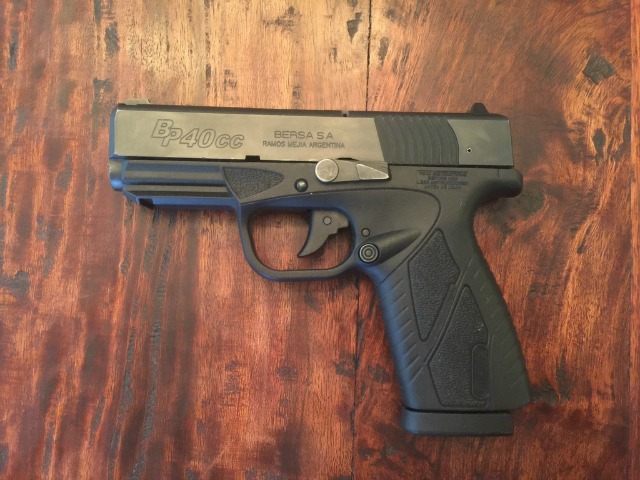 This author frequently carried the BP40CC as a concealed weapon, then put a Crimson Trace Rail Master Pro laser/light accessory on it, and set the gun on the chest of drawers so it could be easily retrieved if trouble came calling during the night.

In extensive shooting of 400-plus rounds of all manner of ammunition, the gun did not even hiccup.

The BP40CC has an internal locking mechanism, similar to that seen on Taurus revolvers. This mechanism is engaged via a key contained in the box with the new handgun. Once engaged, it renders the gun inoperable. The lock has two positions: F (for fire) and S (for safe). Some praise the internal lock as a means of shielding the gun from unauthorized use, and others passionately criticize it as an unneeded addition that could malfunction.

This author had zero issues with the locking mechanism during the 400-plus rounds fired.

The BP40CC is concealable, powerful, and affordable and retails for about $400.

AWR Hawkins is a Second Amendment columnist for Breitbart News and political analyst for Armed American Radio. Follow him on Twitter: @AWRHawkins. Reach him directly at awrhawkins@breitbart.com.