Olympic hero and gold medal wrestler Tamyra Mensah-Stock is still singing the praises of God and her country in the aftermath of her big win in Tokyo.

Mensah-Stock was a refreshing change from the all too many U.S. athletes who seemed more interested in attacking the United States when she won her gold in the summer games. In her post-match interview, the wrestler said she “freaking loves” living in the U.S.A. and added, “I love representing the U.S.”

The Texas native is not backing off her praise for god and her love of the U.S.A. 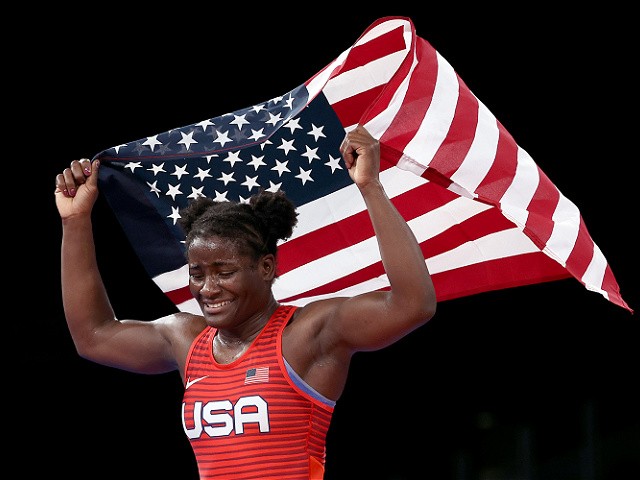 “This is where I was born and raised. I don’t know any other country that I could have grown up in,” Mensah-Stock said according to Fox News. “God put me here in America, and by the grace of God, I got to represent America in the Olympics. So it was a huge honor because I didn’t get to do that in 2016.”

“My mom, my dad, they all taught me to be respectful, love people, and during this pandemic, a lot of people didn’t get a lot of love, and so when I won — I don’t know, God gave me this platform, and now I just want to tell people, ‘Guess what? I love you,” she added. “You’re loved; you are not alone. I know we’ve been alone during this pandemic but guess what? You’re not alone. We stand together.'”

The road to gold was not easy for her, though. Mensah-Stock noted that her training was so tough in the days before her match that she almost felt like giving up.

“The training leading up to Tokyo was extremely brutal. I actually felt like I did not want to be an Olympian because it was so incredibly difficult and just so focused and centered on me, and I don’t like in wrestling, particularly being the center of attention,” she said. 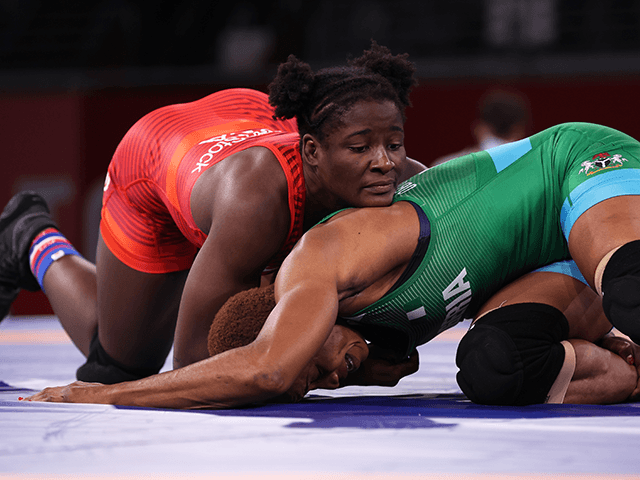 She also said that the alteration in training helped her get past her blind spots that stopped her from making Team USA in 2016. Attention to detail helped her up her game. She added that going into that final Olympic match against Blessing Oborududu of Nigeria, all she could think was “wrestle smart.”

“I just was going in that day making sure I didn’t underestimate any of my opponents, and I was going to be stingy with every single point I could take,” Mensah-Stock exclaimed.