A high school in Washington state is set to require its student-athletes to wear coronavirus “proximity detectors” regardless of the athlete’s vaccination status.

Parents were informed by the Eatonville School District on Tuesday that the school had received grant funding which would allow administrators to track by mandating that players and staff wear detectors. 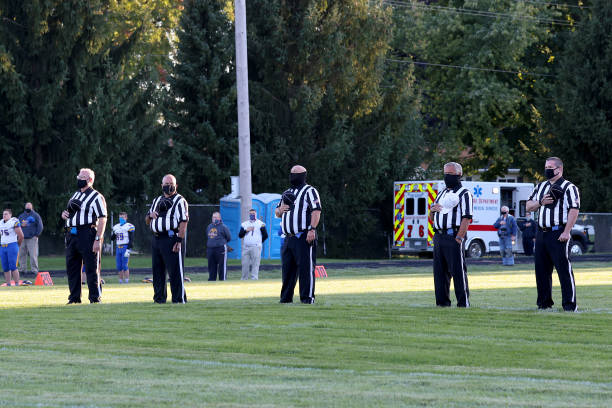 CLINTON, MICHIGAN – SEPTEMBER 18: The officials on the field during the national anthem wearing mask between the Ida Bluestreaks and the Clinton Redskins on September 18, 2020 in Clinton, Michigan. (Photo by Justin Casterline/Getty Images)

“If a student or coach tests positive, we will have immediate information regarding athletes’ and coaches’ contact, so we can more tightly determine who might need to quarantine,” said Gary Neal, Eatonville’s School District Superintendent.

The monitors — which are required for moderate- and high-contact indoor sports — contain radio-based sensors that track distance between people wearing them, but district officials insist student-athletes aren’t being traced while off the field.

However, despite the school district’s assurances that the devices will only be worn during practices and games, parents object both to putting “tracking devices” on their children and being forced to sign consent forms for their kids to be able to play.

“I was notified if I didn’t sign it, they couldn’t play,” said Jason Ostendorf, a parent who has a son on the school’s football team. “I signed it reluctantly. It’s either that or he doesn’t play.”

“Above all, they’re putting tracking devices on my kid,” Ostendorf added.

Ostendorf plans to have his children get vaccinated even though it goes against his “better judgment” because vaccinated students who test positive can resume playing sports more quickly than unvaccinated players after their first negative test. 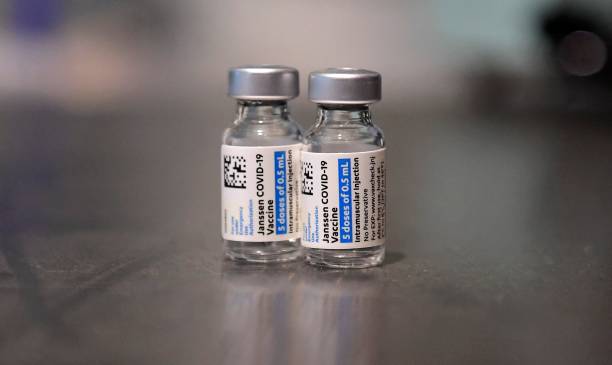 Johnson & Johnson Covid-19 vaccines are seen on a table on May 7, 2021, in Los Angeles, California, at a vaccination clinic setup by Los Angeles Football Club, partnering with the LA county Department of Public Health and USC Pharmacy, where those vaccinated were due to receive a 20% discount on merchandise at the LAFC team store. – LA County public health officials are concerned about the considerable drop in countywide vaccination rates despite easier access for the free vaccine being offered with more no-appointment and walk-in vaccine clinics branching out to specific and targeted communities. (Photo by Frederic J. BROWN / AFP) (Photo by FREDERIC J. BROWN/AFP via Getty Images)

“The vaccine, now be tracked when you’re at practice,” Ostendorf lamented. “Where does this end? I feel like this is an experiment on our kids to see how much we can put them through before they start breaking.”

The school district is delaying the implementation of the mandate as they gather additional feedback from parents.