A Taliban official has announced that the terrorist takeover of Afghanistan will include banning women from taking part in sports.

This includes the country’s cricket team, which had enjoyed playing under a U.S.-occupied Afghanistan, is now prohibited from holding games, according to a report in the Guardian:

In an interview with the Australian broadcaster SBS, the deputy head of the Taliban’s cultural commission, Ahmadullah Wasiq, said women’s sport was considered neither appropriate nor necessary.

“I don’t think women will be allowed to play cricket because it is not necessary that women should play cricket,” Wasiq said in the Guardian report. “In cricket, they might face a situation where their face and body will not be covered. Islam does not allow women to be seen like this.

“It is the media era, and there will be photos and videos, and then people watch it,” Wasiq said. “Islam and the Islamic Emirate [Afghanistan] do not allow women to play cricket or play the kind of sports where they get exposed.”

While officials at the Afghanistan cricket board say they have not been informed officially of the fate of women’s cricket, the board’s programme for girls has already been suspended. Sportswomen, including cricketers, have been in hiding in Afghanistan since the Taliban swept to power amid a precipitate US-led withdrawal of foreign forces last month, with some women reporting threats of violence from Taliban fighters if they are caught playing.

The ban on playing sport comes amid mounting evidence that the Taliban’s attitude towards women has barely moderated since they were last in power, despite claims to the contrary.

And observers doubt that the Taliban’s claim to be more inclusive will play out.

“The new Taliban is virtually the same as the old Taliban,” tweeted Bill Roggio, the managing editor of the U.S.-based Long War Journal.

1) Many people are kvetching over the Taliban's new government. Dominated by Pashtuns & jihadists, few minorities, no women, etc. Shocking! This is what happens when you swallow the pabulum of the Taliban apologists. They assured you the Taliban would form an inclusive govt. 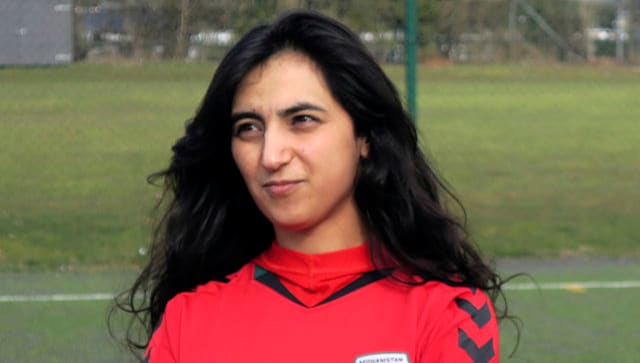 “It’s not at all inclusive, and that’s no surprise whatsoever,” Michael Kugelman, a South Asia expert at the Woodrow Wilson International Center for Scholars, said.