The NFL seemingly spared no expense or effort in paying tribute at this weekend’s games to recently passed NFL icon John Madden, with one reported exception.

Oakland Raiders wide receiver Desean Jackson used his cleats to pay tribute to Madden, adorning his shoes with the legendary coach’s signature, image, and years of his life. It’s not unusual to see NFL players use their cleats to pay tribute to causes. The league has run a program called “My Cause My Cleats,” which allows players to make their footwear symbolic for one week designated week of the season.

However, according to Desean Jackson, who wrote about the incident on his Instagram story, the NFL threatened to remove him from the game if he didn’t remove his cleats.

“@NFL hated on me and said if I didn’t take cleats off they was gonna remove me from the game!!” Jackson wrote. “I had these made for the legendary John Madden.” 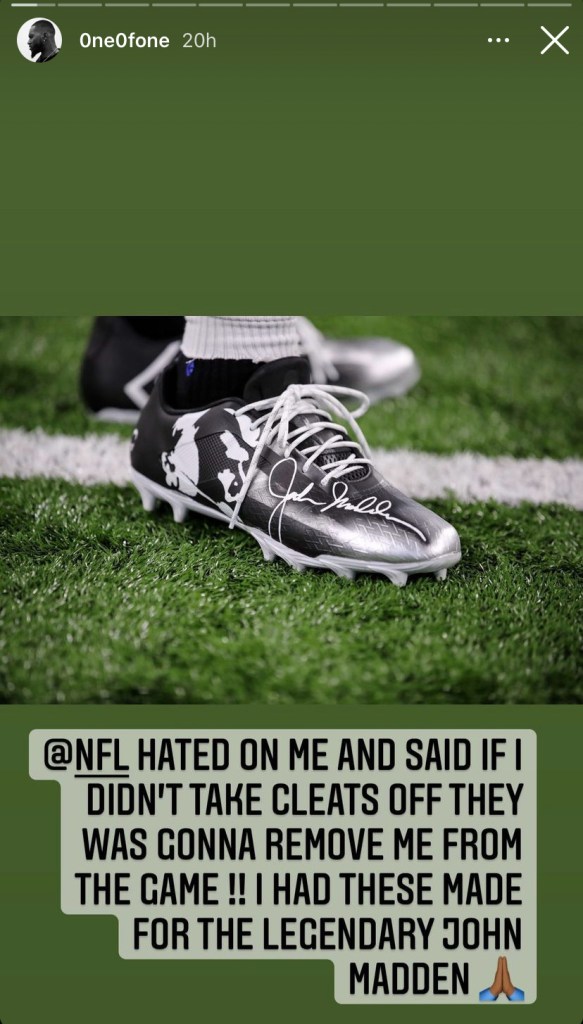 John Madden died last week at the age of 85. Though known to many as the greatest color commentator in NFL history, Madden also became the youngest coach to win a Super Bowl when he guided the then-Oakland Raiders to a championship in 1976. His name and guidance also served as the foundation for the incredibly popular EA Sports Madden video game franchise.

“This is standard procedure. Players can wear specially designed cleats during pregame but wear their regular cleats during the game,” NFL spokesperson Brian McCarthy explained.

“There were tributes to the great John Madden throughout all broadcasts and a moment of silence before every game in stadium. All Raiders players also wear special decals on their helmets as another way to salute Coach.” 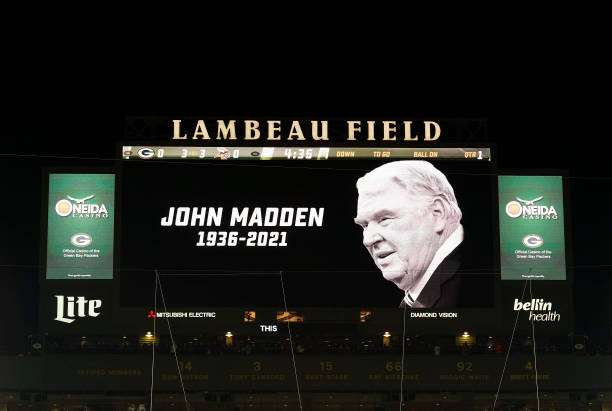 GREEN BAY, WISCONSIN – JANUARY 02: The scoreboard displays a tribute to John Madden after his recent death prior to the game between the Minnesota Vikings and the Green Bay Packers at Lambeau Field on January 02, 2022 in Green Bay, Wisconsin. (Photo by Patrick McDermott/Getty Images)