Former UFC/MMA champion Jake Shields said that if the intro to Full House were filmed today, the park in front of the home headed by the recently deceased Bob Saget would be filled with “Heroin needles and human shit and is a hot spot for robberies and car theft.”

The former champ, who devotes much of his social media content to highlighting the lunacy of government responses to the coronavirus, captioned a tweet memorializing the intro to the show that helped make Saget famous. The introduction, filmed in the late 80s, shows clean streets, happy people, and no “human sh*t.” Shields was quick to point out that it would look much different if that intro were filmed today.

Imagine trying to film this show in San Francisco today

The park in front of the house has Heroin needles and human shit and is a hot spot for robberies and car theft https://t.co/ByPI3YrX4R

The decay of San Francisco has been well chronicled.

In fact, the crime in San Francisco has become so bad that some residents have even taken to leaving the trunks of their vehicles open, so criminals can rob them without having to smash windows.

With Bay Area car break-ins on the rise, people are going to great lengths to avoid having their windows smashed… Even leaving their trunks open. https://t.co/173cPjuzNv pic.twitter.com/mjGoigNMsa

San Francisco Mayor London Breed, an early and ardent supporter of the “Defund the Police” movement, declared a state of emergency in the city’s Tenderloin District, an area notorious for crime.

According to Breitbart’s Joel Pollak, “Shoplifting, rarely prosecuted since the passage of Proposition 47 in 2014, making theft of less than $950 a misdemeanor, prompted several large retail chains to leave the city. And in the week before November, mass looting of high-end stores in Union Square prompted nationwide shock and outrage.” 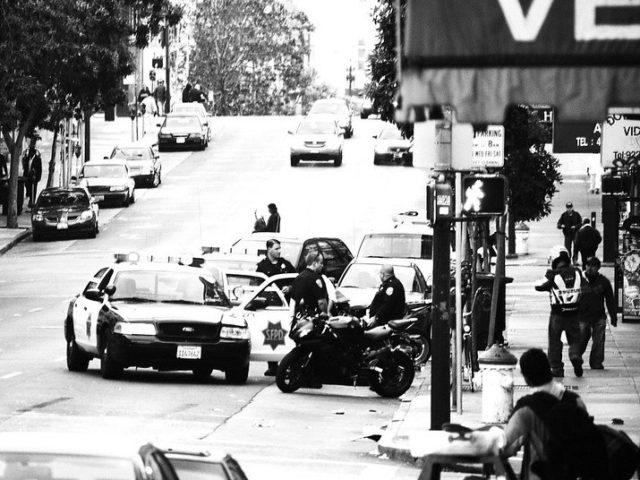 In response, Breed has reversed course and called for increased police funding.

And those crime-ridden homeless encampments full of “human sh*t” and heroin? Yeah, they are there. 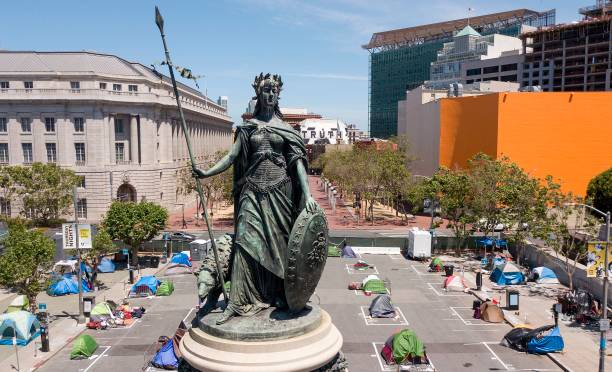 An aerial view shows a statue of Eureka, part of the Pioneer Monument, standing above squares painted on the ground to encourage homeless people to keep to social distancing at a city-sanctioned homeless encampment across from City Hall in San Francisco, California, on May 22, 2020, amid the novel coronavirus pandemic. (Photo by JOSH EDELSON/AFP via Getty Images) 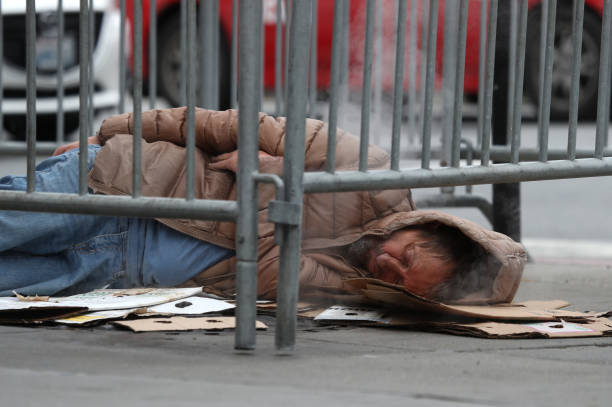 SAN FRANCISCO, CALIFORNIA – DECEMBER 05: A homeless man sleeps on the sidewalk on December 05, 2019 in San Francisco, California. California Gov. Gavin Newsom announced plans to release $650 million in emergency aid that will allocated to California cities and counties in an effort to combat the state’s homelessness crisis. (Photo by Justin Sullivan/Getty Images) 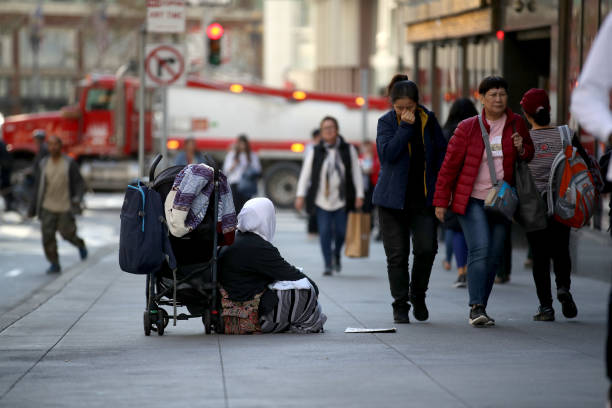 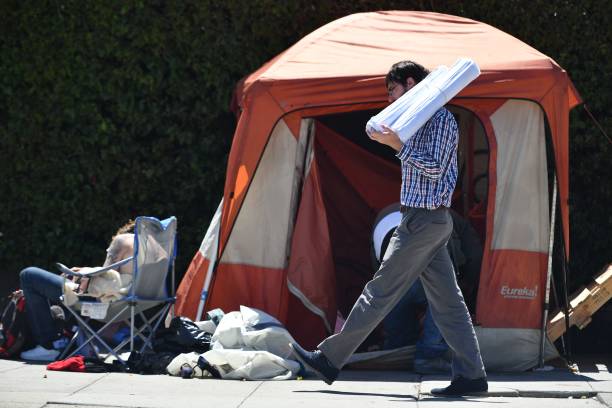 A staggering one percent of California’s population fled the state in 2021, according to the U.S. Census Bureau. Given the problems Shields points out in his tweet, it’s not hard to see why.