Kayvon Thibodeaux, Oregon’s outstanding defensive end and potential top 5 selection on the 2022 NFL Draft, says he chose Oregon over the Crimson Tide to avoid the “stigmatism” of an Alabama education.

The #2 overall prospect in the 2019 recruiting class, Thibodeaux, sat down with Fox Sports’ Joel Klatt to explain why he chose the Ducks over the Tide.

“Do you know the stigmatism of Alabama education? It ain’t the West Coast,” Thibodeaux said. “It ain’t Harvard.”

Of course, in explaining his choice of schools, Thibodeaux proved that Oregon “ain’t Harvard” either. The star defender clearly meant to say “stigma,” a “mark of disgrace.” Not “stigmatism,” or “astigmatism,” a “common vision condition due to improper curvature of the cornea, the lens or the retina.”

While Thibodeaux had a virtual guarantee of winning a national championship at Alabama, he says, the decision was about more than that.

In Thibodeaux’s view, the “greatest organization in the world” is Nike. Thibodeaux chose the university in part due to the tremendous influence of Nike Owner Phil Knight, who annually deposits millions of dollars into the school’s athletics programs. 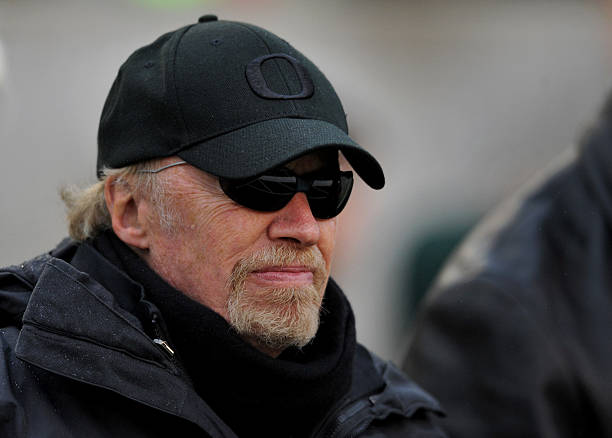 EUGENE, OR – NOVEMBER 26: Co-founder and Chairman of Nike, Phil Knight, looks on as the Oregon Ducks warm up before the game against the Arizona Wildcats at Autzen Stadium on November 26, 2010, in Eugene, Oregon. (Photo by Steve Dykes/Getty Images)

“What people don’t realize is that football is an American sport,” Thibodeaux said. “So, no matter how great Alabama is, you only play football in America, Canada, and a couple other places. But a brand like Nike, I mean, for me, it was like what brand associations do I want to be tied to?”

That’s certainly an interesting perspective. However, it is noteworthy that of the top 3 pitchmen in Nike history, none of them went to Oregon. Michael Jordan went to North Carolina, Tiger Woods went to Stanford, and LeBron James didn’t go to college at all. So, while going to Oregon certainly wouldn’t hurt anyone’s chances of landing a deal, if Thibodeaux doesn’t ball when he gets in the league, it won’t matter where he went to school.