The father of a UPenn women’s swim team member says that the women on the team are discouraged, knowing they can never beat transgender swimmer Lia Thomas.

“[Thomas] is most likely going to be representing you and I and all other Americans at the Olympics,” the father, who has medical training, told Fox News Digital.

The man also said his daughter “doesn’t think it’s fair” for the school to allow Thomas to compete on the team as a woman, and he insisted that Thomas could bring “actual physical harm” to his daughter and other female competitors.

Thomas, of course, has caused an avalanche of criticism this season after spending nearly three seasons competing as a male swimmer but “transitioning” to a woman ahead of the 2021/22 swim season. Since joining the UPenn swim team, Thomas has smashed several women’s swimming records. 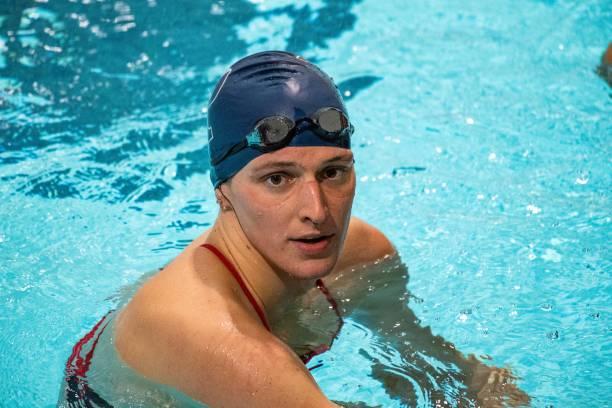 Lia Thomas, a transgender woman, finishes the 200-yard Freestyle for the University of Pennsylvania at an Ivy League swim meets against Harvard University in Cambridge, Massachusetts, on January 22, 2022. (Photo by JOSEPH PREZIOSO/AFP via Getty Images)

“Part of the reason these little girls get so excited about this is because they see themselves possibly being [at the Olympics],” the man said. “There’s a shot that they can do it if they swim hard enough if they work hard enough, they got it, they can do it. Anybody can do it.

“But now, what do you say to your daughter? You got Lia up on the blocks, taking a spot from a cisgender woman on the Olympic team,” he added. “How do I tell my daughter that could be you one day? You can’t. You can never be her.”

He said that with transgender people on the team, female swimmers will “never be on the podium.”

“My daughter hates it. She doesn’t think it’s fair,” he said. The man also said that women will lose opportunities: “other girls have and will because the coach is going to take the swimmers that score the most amount of points for the team.”

Lia Thomas, a transgender woman, dives into the water to swim in the 200 yard Medley Relay for the University of Pennsylvania at an Ivy League swim meet against Harvard University in Cambridge, Massachusetts, on January 22, 2022. (Photo by JOSEPH PREZIOSO/AFP via Getty Images)

Still, the father wanted to stress that he is not against transgenderism and finds Thomas to be “a wonderful person and very nice.”

Regardless, he feels that the current rules are “woefully inadequate.”

The man also said that transgender athletes would wipe out the records made by natural-born women.

“It’s a very difficult situation,” he concluded. “It has not been good for the team. I can’t imagine what it’s doing for recruiting for the future teams.”

The unnamed father is not the only person speaking up about Thomas. Last week, Rice swimming coach Seth Huston blasted the NCAA and the University of Pennsylvania for allowing transgender swimmer Lia Thomas to compete as a woman.