The wokest of all U.S. national sports teams just got a little less woke.

U.S. Women’s National Team (USWNT) head coach Vlatko Andonovski has called up a roster that features youth and players the team will rely on in the future. It does not, however, feature noted USWNT anthem-protester Megan Rapinoe. 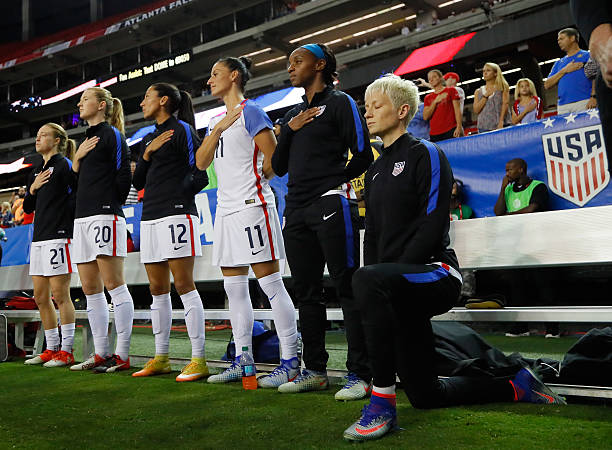 ATLANTA, GA – SEPTEMBER 18: Megan Rapinoe #15 kneels during the National Anthem prior to the match between the United States and the Netherlands at Georgia Dome on September 18, 2016 in Atlanta, Georgia. (Photo by Kevin C. Cox/Getty Images)

USWNT mainstay Alex Morgan was also left off the roster.

Rapinoe and the rest of the USWNT struggled through an extremely disappointing 2021 Olympic performance. Heavily favored to win gold entering the tournament, the USWNT posted a mere 1-1-1 record after getting smashed by Sweden 3-0 in the opener, defeating a weak New Zealand squad, and then barely beating the Netherlands. Rapinoe and her merry band of wokesters then lost to Canada before squeaking by Australia and securing a disappointing bronze medal.

Perhaps then, it’s no surprise that coach Andonovski decided to go a different route.

“All these players are very good players — we know that they’ve done so much for this team,” Andonovski told ESPN of the veteran players he decided to leave off the roster.

“But right now I want to give a chance to players like Sophia Smith and Mal Pugh and Catarina Macario, Ashley Hatch, players that have earned their spot on the national team or earn their spot back. I want to give them maximum minutes or whatever minutes they earn so we can evaluate every aspect of their game, in the training environment or game setting.” 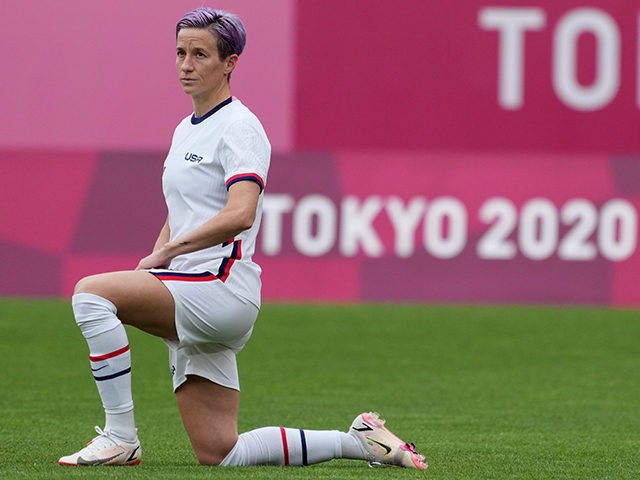 The coach hastened to add that this does not mean Rapinoe’s national team career is over.

“It doesn’t mean that all these players that have done well in the past are just going to come back here in the next camp because they’ve done well a year ago or two years ago,” Andonovski said.

Rapinoe, however, will be 38 by the time the next Women’s World Cup rolls around in 2023.

Rapinoe, a captain on the USWNT, was instrumental in the team’s gold medal runs. However, for all of her dominance on the soccer field, the USWNNT captain gained far more attention and fame for herself by copying Colin Kaepernick’s protests and attacking former President Trump.

Most notably, Rapinoe made headlines during the 2019 Women’s World Cup when she said she would not go to the “f*cking White House” to see then-President Trump if the USWNT won gold.

Well, she won’t have to worry about going to the White House anymore.