NFL head coaches Ron Rivera of the Washington Commanders and Mike McCarthy of the Dallas Cowboys have both been fined $100,000 for excessive player contact during offseason practices.

The league imposed fines citing violations of its Organized Team Activity (OTA) rules which prohibit coaches from holding practices with hard contact between players. The rule is in place to reduce injuries, especially in the offseason. When hard contact is seen, it is a coach’s responsibility to stop the practice and warn players of the contact violation, the rule states.

McCarthy was fined on Thursday, the league reported. The Cowboys will also lose one offseason practice session for the 2023 pre-season.

This isn’t the first time for the Cowboys, either. McCarthy also suffered a $50,000 fine on June 2 for the same violation, Outkick reported.

“The letter reminds the Cowboys that when on-field physical contact between players escalates to an ‘impermissible level,’ the head coach is obligated to intervene and stop the action. Coaches are also urged to remove ‘overly enthusiastic’ players from the field for individual instruction,” the NFL said in its statement on Thursday. 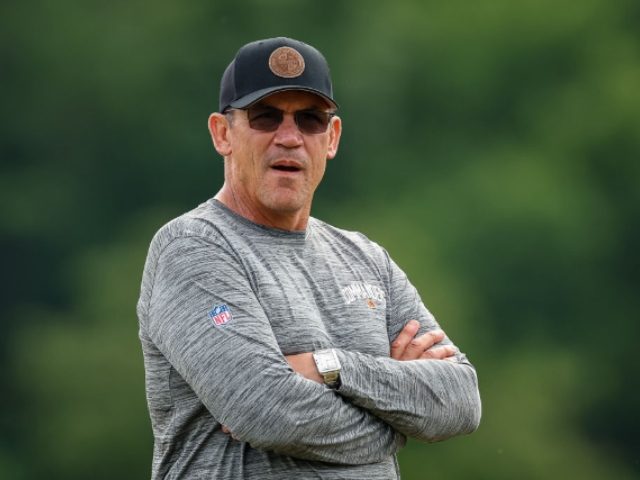 The Washington Commanders’ head coach was also assessed a $100,000 fine for OTA violations. Along with the excessive contact violation, the Commanders will have to give up two OTA practice sessions for the 2023 pre-season.

The fine on Rivera is amusing for one reason. It is the same amount of cash he fined his own defensive coordinator, Jack Del Rio, for daring to have his own political opinions about Black Lives Matter rioting.

Chicago Bear coach Matt Eberflus was also a target of an OTA fine.

Outkick notes that the league handed out a slew of similar fines during the 2022 pre-season: “[T]he Cowboys, San Francisco 49ers and Jacksonville Jaguars were punished by the League for violating the contact rule. McCarthy was fined $100,000; Niners coach Kyle Shanahan was penalized $50,000; and Jaguars coach Urban Meyer was fined $200,000.”