The Gainsville Police Department reportedly arrested Kitna on Wednesday on “two counts of distribution of child exploitation material and three counts of possession of child pornography,” according to ESPN. He will appear in court on Thursday morning to hear charges against him. 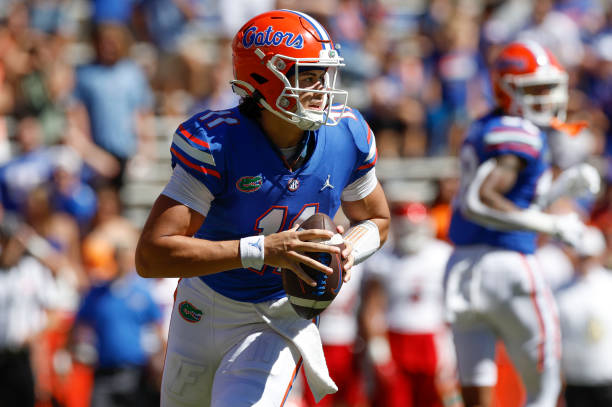 Florida Gators quarterback Jalen Kitna (11) looks for a receiver during the game between the Eastern Washington Eagles and the Florida Gators on October 2, 2022, at Ben Hill Griffin Stadium at Florida Field in Gainesville, Fl. (David Rosenblum/Icon Sportswire via Getty Images)

“The five charges, which need to be formalized by the state attorney’s office, are second-degree felonies that could result in a prison term of up to 15 years and a fine of up to $10,000,” noted ESPN. “Kitna has been suspended indefinitely from the football program.”

University of Florida Athletic Association said in a statement that the program was “shocked and saddened to hear” of the news.

“We are shocked and saddened to hear of the news involving Jalen Kitna,” the statement said. “These are extremely serious charges and the University of Florida and the UAA have zero tolerance for such behavior.” 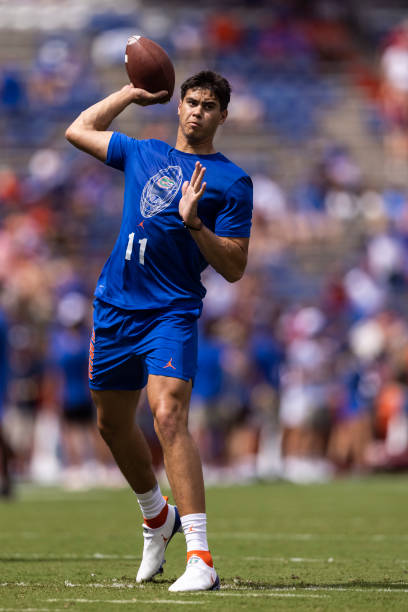 Jalen Kitna #11 of the Florida Gators warms up before the start of a game against the Alabama Crimson Tide at Ben Hill Griffin Stadium on September 18, 2021, in Gainesville, Florida. (James Gilbert/Getty Images)

Jalen Kitna’s father, Jon Kitna, played quarterback for the Seattle Seahawks, Cincinnati Bengals, Detroit Lions, and Dallas Cowboys. He retired in 2012 before having a brief stint as a backup on Christmas Eve, 2013.