L.A. Lakers star LeBron James ended a Wednesday press conference by accusing the media of racial hypocrisy for not asking for his very important opinion of a 65-year-old photo of Cowboys Owner Jerry Jones attending a segregation rally.

Recently a photo resurfaced showing Jones as a high school student attending a 1957 rally that was calling for the continuation of segregation at an Arkansas school district. The photo shows Jones as a teenager standing in the rear of a group of white students who were angrily confronting several black boys who were trying to gain access to a Norther Little Rock High School. 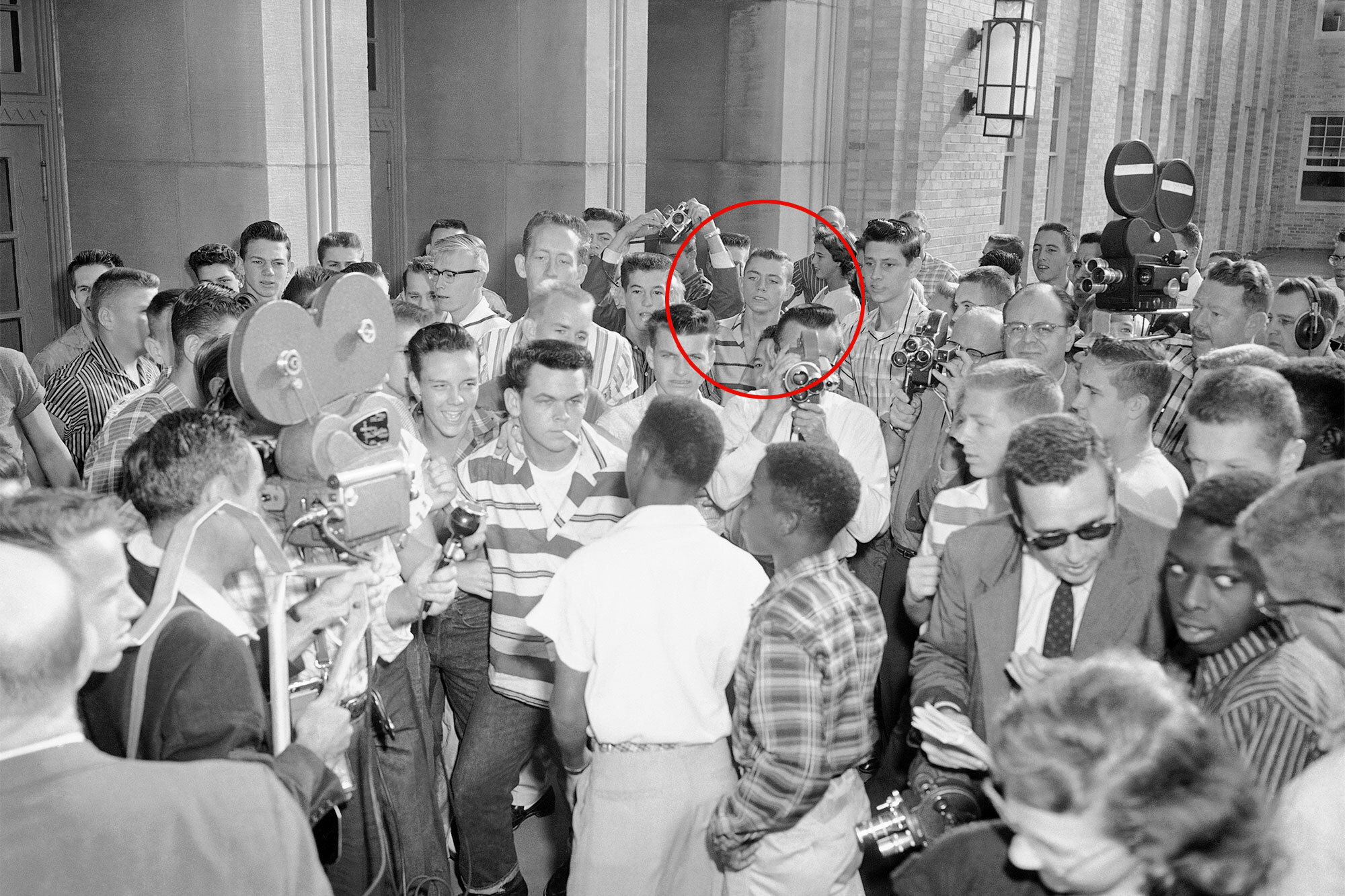 One of the black students in the photo, Harold Jean Smith, told the media that he does not judge people over what they did 60 years ago. And he has forgiven Jones for whatever reason he was at the rally.

But the NBA’s LeBron James has other ideas. And he thinks the media has a racial reason for not having run to him to ask his thoughts on what the owner of an NFL team did more than 60 years ago.

“I got one question for you guys before you guys leave. I was thinking when I was on my way over here, I was wondering why I haven’t gotten a question from you guys about the Jerry Jones photo,” James blurted out Wednesday, according to ESPN. “But when the Kyrie [Irving] thing was going on, you guys were quick to ask us questions about that.”

“When I watch Kyrie talk and he says, ‘I know who I am, but I want to keep the same energy when we’re talking about my people and the things that we’ve been through,’ and that Jerry Jones photo is one of those moments that our people, Black people, have been through in America,” James continued unbidden. “And I feel like as a Black man, as a Black athlete, as someone with power and a platform, when we do something wrong, or something that people don’t agree with, it’s on every single tabloid, every single news coverage, it’s on the bottom ticker. It’s asked about every single day.

“But it seems like to me that the whole Jerry Jones situation, photo — and I know it was years and years ago and we all make mistakes, I get it — but it seems like it’s just been buried under, like, ‘Oh, it happened. OK, we just move on.’ And I was just kind of disappointed that I haven’t received that question from you guys,” he exclaimed.

LeBron asked media members why they asked him about Kyrie but not the photo of Jerry Jones protesting desegregation in 1957 pic.twitter.com/hgaDoZFY1U

For his part, Jones has said he was just a curious onlooker that day in 1957. He happened to be there and never realized that it was such an iconic moment when it was happening.

“I didn’t know at the time the monumental event really that was going on,” Jones said of the resurfaced photo. “I’m sure glad that we’re a long way from that. I am. That would remind me [to] just continue to do everything we can to not have those kinds of things happen.”

James has been ripping the Cowboys and its owner for years.

In October, James exclaimed that he had to “sit down” on the Cowboys because Jones would not let the team protest against America during the national anthem.

“There was just a lot of things that was going on during when guys were kneeling, and guys were having freedom of speech. They wanted to do it in a very peaceful manner. A lot of people in their front office and a lot of people that ran the organization was like, ‘If you do that around here, then you will never play for this franchise again.’ And I just didn’t think that was appropriate,” James said.