PARIS (AP) — When the bare-chested gunman suddenly appeared aboard the speeding Paris-bound train, laden with weapons and his mind allegedly filled with Islamic State group propaganda, passengers at first were stunned. 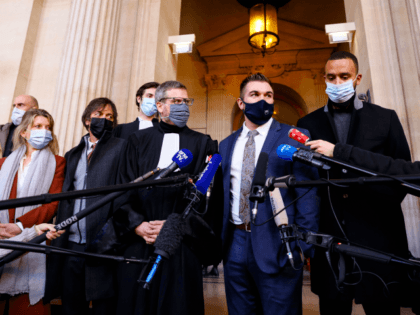 Spencer Stone, one of three American heroes who thwarted a terrorist attack on a crowded French train last month will receive the Purple Heart on Thursday afternoon in the central courtyard of the Pentagon. 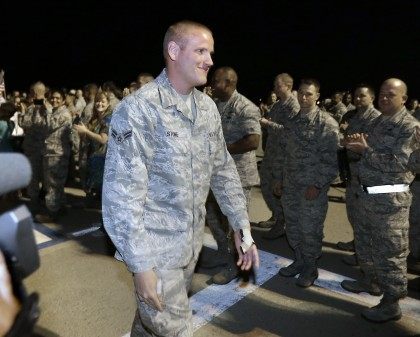 France is to open an official terrorism investigation into the attempted train attack that resulted in three Americans, a French-American and a British businessman tackling Ayoub El-Khazzani as he pulled a weapon. French prosecutor François Molins said the El-Khazzani’s internet 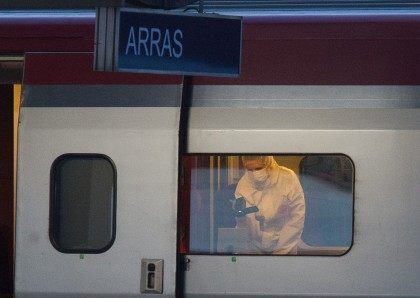 The man—who tried to attack passengers aboard a high-speed train to Paris only to be taken down and hogtied by courageous American, British, and French men before he could claim a single murder victim—has claimed he was only interested in robbing the train with some guns he happened to find in a suitcase in Brussels. 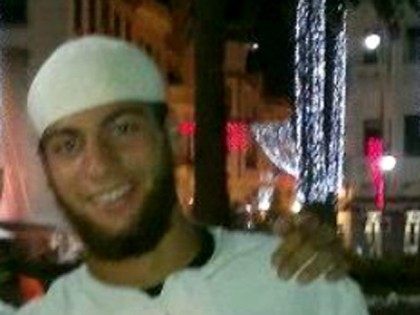 Defeated railway jihadi Ayoub el-Khazzani has been claiming he wasn’t embarking on a murder spree at all, when he emerged from the bathroom of a high-speed train in France with an arsenal of weapons and 300 rounds of ammunition, only to be tackled and beaten senseless by heroic passengers. 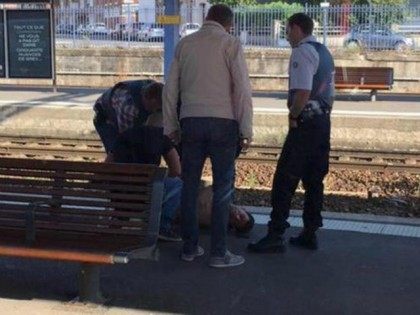 French President Francois Hollande wasted no time expressing his nation’s gratitude to the American and British heroes who thwarted a jihad attack on a high-speed train on Friday, saving dozens of lives and delivering a hog-tied ISIS lone wolf to the French police. 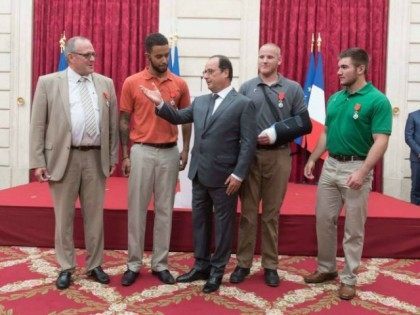