Joe Biden claimed the nine people shot dead on June 17, 2015, at a Charleston church would still be alive if the Brady Bill had been passed. 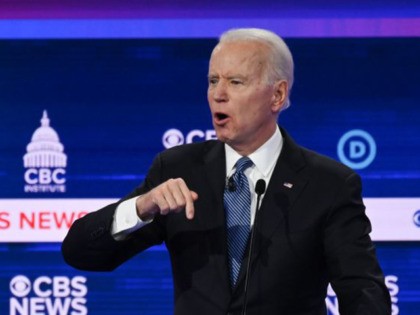 So we must grieve for those who were killed in New Zealand. And then let’s think hard and get ready for the next attack, because if we are prepared, maybe we can prevent it. 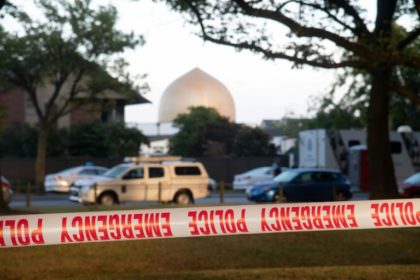 House Democrats passed legislation that adds a ten-day extension to instant firearm background checks on Thursday, marking the second piece of gun control legislation they have passed in as many days. 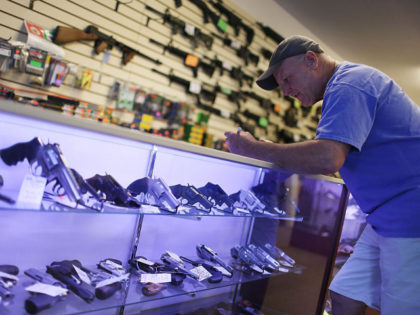 Texas School Board Gives Thanks by Erasing History

Just before Thanksgiving, a Texas school board voted to erase more American history. 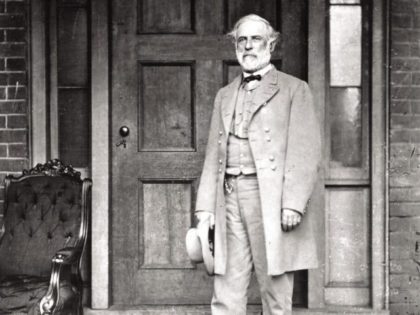 Obama Ignores the Obvious in Oregon: Yet Another Fatherless Killer

How President Obama and countless other politicians and pundits can fail to grasp—or be unwilling to confront—the obvious connection between the breakdown of American family life and a rise in violent crime is a mystery deserving examination. The 26-year-old shooter Chris Harper Mercer was the umpteenth example of a fatherless boy who grows up to be a violent criminal. 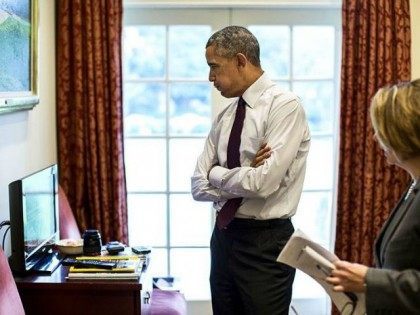 In the wake of the heinous attack in which Vester Lee Flanagan II allegedly shot and killed reporter Allison Park and cameraman Adam Ward, ABC’s Modern Family executive producer Steve Levitan called for people to rally against the NRA. 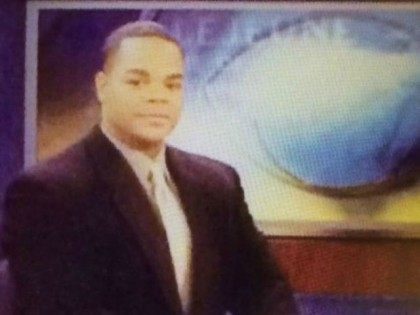 Federal law allows gun dealers to sell a gun once a background check is passed or after a three-day extended check fails to turn up the information necessary to resolve a “delay” from the system. It was in the latter scenario that alleged Charleston shooter Dylann Roof was able to purchase his gun. 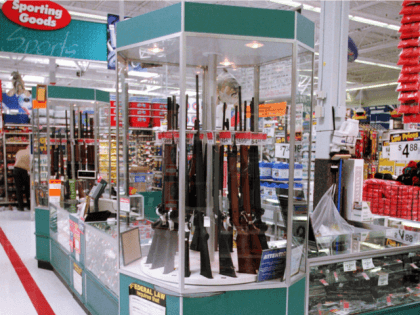 The Context: Watch Shabazz’s Entire ‘We Ain’t Forgiving Nobody’ Speech 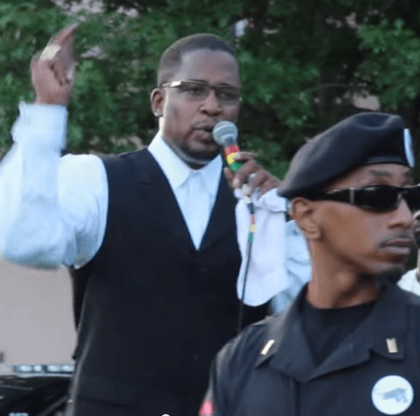 Corporate chain Walmart has apologized after a store in Louisiana baked a cake bearing the Islamic State (ISIS/ISIL) flag following its refusal to bake a cake with a Confederate flag. 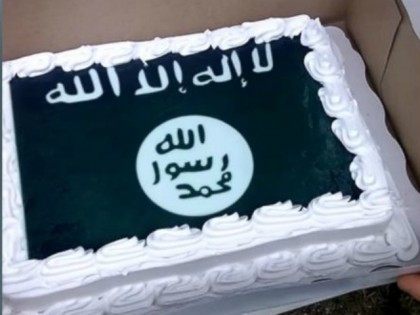 In an angry call to arms just a block away from the site of the Charleston massacre, former New Black Panther Party chairman Malik Zulu Shabazz told a group of about 200 black Charlestonians that they need to ‘finish the mission’ of killing ‘slave masters’ and their families. 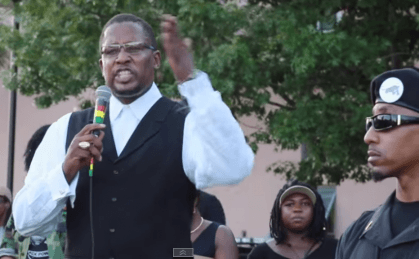 On June 23, Senator Joe Manchin (D-WV) suggested more gun control is needed in the wake of the Charleston attack, but he made clear he will not bring it up until he is sure he has rounded up the necessary votes. 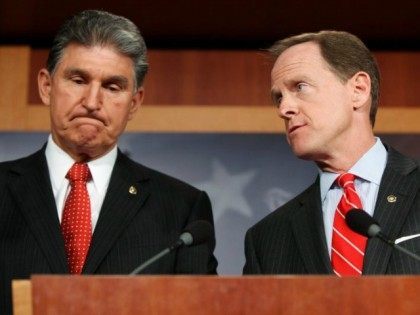 On Monday evening, President Obama spoke at the White House annual Iftar dinner, where he continued the promulgate the unifying theme of his presidency: America is deeply racist and evil. 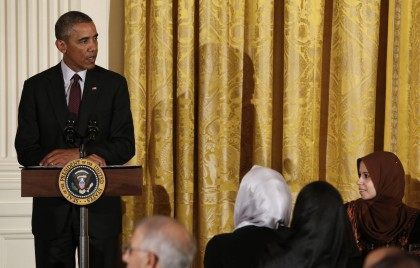 “The issue is not the flag so much as it is how people think,” said the only African American GOP presidential candidate, Dr. Ben Carson, to the Wall Street Journal. “What’s in their heart? You can get rid of every Confederate flag in the world but if you’re still being motivated by the wrong emotion it’s not going to solve any problem.” 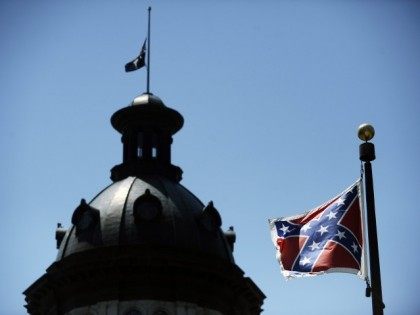 Santorum said, “It was brought to my attention late Sunday evening that an individual who led a group cited by the murderer who terrorized the Emanuel AME Church in Charleston had given to one of my past political campaigns. Rather than put more money back in the pockets of such an individual, my 2012 campaign committee will be donating the amount of his past donations to the Mother Emanuel Hope Fund to support the victims of this tragedy.” 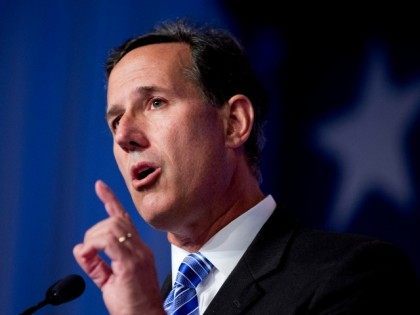 Obama: We Must Prevent 21-Year-Old Angry Racists From Buying Guns 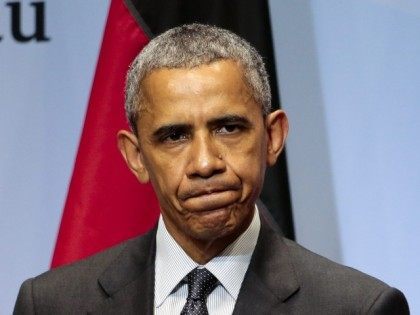 Sunday on NBC’s “Meet the Press,” Rep. James Clyburn (D-SC) discussed the fatal shooting of nine parishioners inside Emanuel AME Church in Charleston, SC and blamed the shooting on a “right-wing drift in the country” that has “gone too far.” 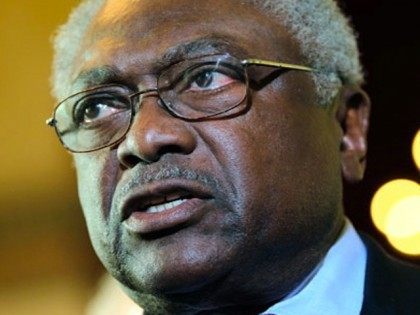 Hillary Clinton Denounces White Privilege, Calls for Taking Guns From ‘Those Whose Hearts Are Filled With Hate’

Roof is, by all accounts, a mentally-unbalanced man taking psychotropic drugs, who wrote a neo-Nazi, anti-American screed. He clearly surrounded himself with horrifically irresponsible friends who didn’t bat an eye when he told them he planned to shoot up a school. There are many problems here, but “assumptions and privilege” aren’t among them. 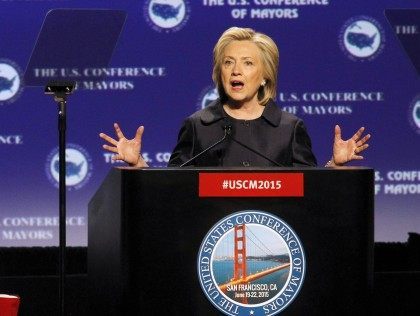 FBI Director James Comey said that based on what he knows so far, he wouldn’t characterize the church shooting in Charleston as terrorism at a press briefing on Friday. Comey said, “Terrorism is act of violence done or threatened — 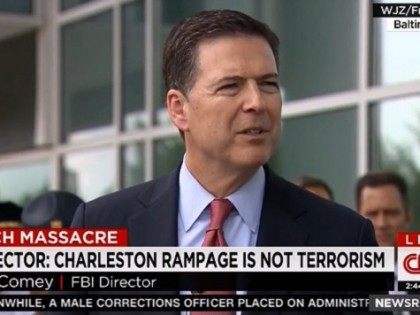 Liberals get to rerun the same tired plays, over and over again, year after year, until they eventually wear down resistance and get what they want… at which point they immediately declare the matter settled for all eternity, no further discussion permitted. 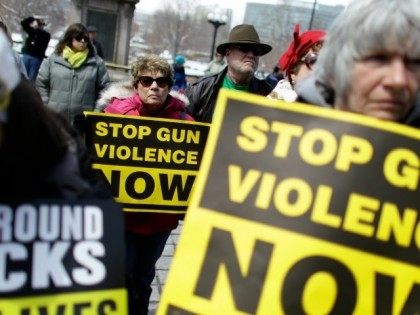 Friday at the first court hearing for alleged shooter Dylann Roof, the family members of Charleston’s Emanuel AME Church shooting victims told the young man accused of murdering their loved ones they forgive him. The daughter of Ethel Lance said, 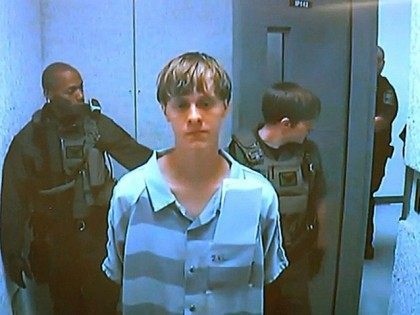 Charleston: CNN’s Sick Pattern of Using the Dead as Political Weapons Against the Right

Under the leadership of Jeff Zucker, we have all witnessed CNN turn into The PornTragedy Network, a ghoulish reality show channel that grabs hold of human disasters and milks them dry. That’s bad enough, but CNN goes even further. If you are paying attention, you will see that every tragedy is also exploited by CNN into a political weapon to be used against their enemies on the Right. 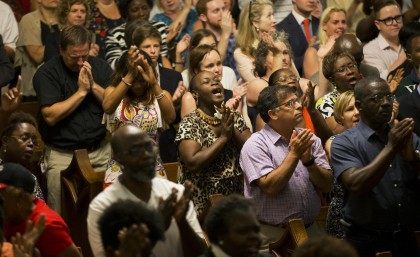 Graham on Confederate Flag in SC: ‘Part of Who We Are’

Friday on CNN’s “New Day,” when asked about the controversy of the two flags on the statehouse dome in Columbia, SC being lowered to half-staff to pay tribute to the nine people murdered in Charleston’s Emanuel AME church, but with 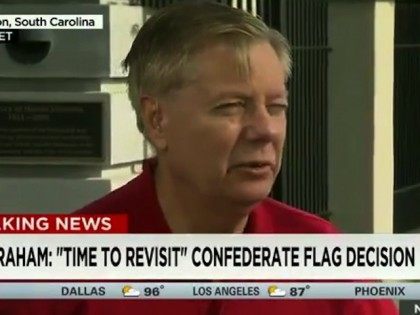 Trump Campaign Responds to Hillary Linking Him to South Carolina Shooting: ‘She Must be Nervous’

Mr. Trump believes that Hillary Clinton does not have any credibility when she blames words for violence. This is the same politician who lied to the world after she failed to take proper steps to secure the U.S. Consulate in Benghazi and falsely blamed the radical Islamic attack on a YouTube video. This is the same person who illegally deleted her emails after getting a subpoena from the U.S. Congress. 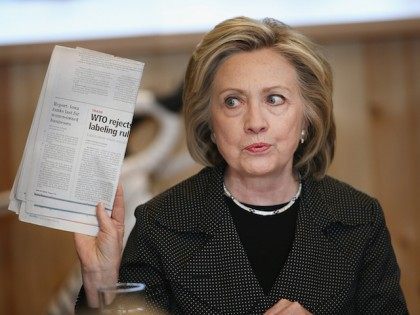 Another tragedy, another Jeff Zucker-produced horror show on CNN. Throughout Friday morning, the left-wing cable news outlet has shamelessly exploited Wednesday evening’s racist massacre in Charleston, South Carolina, to attack the American people over gun control. As was the case 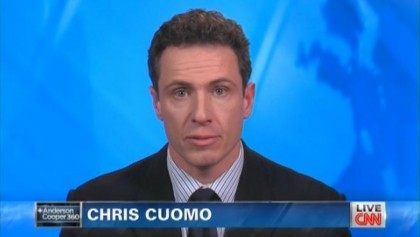 O’Reilly: SC Shooting ‘Act of Terror,’ ‘A Lie’ to Use Incident to Condemn America on Race

On his Thursday broadcast, host Bill O’Reilly reacted to Wednesday night’s mass killing at the Emanuel AME church in Charleston, SC that resulted in the deaths of nine people, in what he called “a bad day for America.” O’Reilly declared the 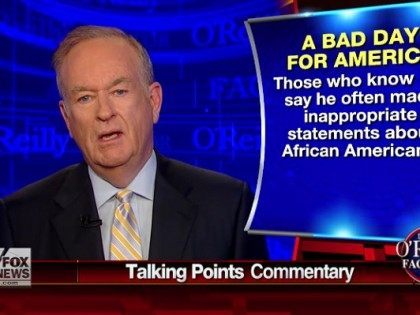 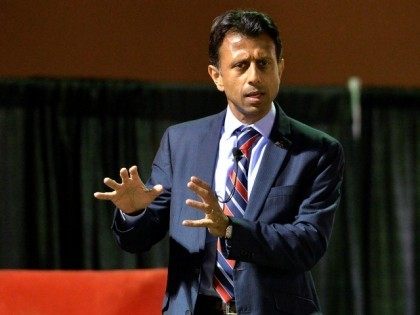 Hillary: ‘We Have to Face Hard Truths About Race, Violence, Guns and Division’

Thursday in Las Vegas, former Secretary of State Hillary Clinton, a Democratic presidential candidate, reacted to the fatal shooting of nine parishioners inside Emanuel AME Church in Charleston, SC. Clinton said, “The shock and pain of this crime of hate strikes deep. 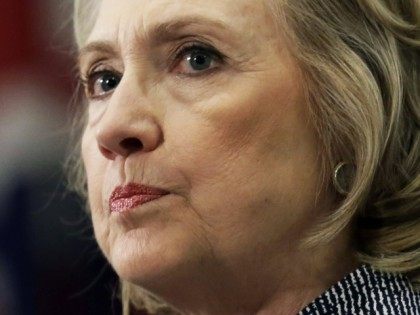 South Carolina Senator and GOP presidential candidate Lindsey Graham said that the perpetrator of a shooting at a church Charleston was “a quiet, strange kid. Seems like one of these Newtown-type guys” on Thursday’s broadcast of ABC’s “The View.” Graham, 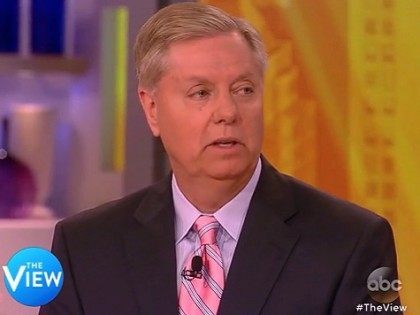 Thursday while reporting on the tragic aftermath of the mass shooting live from outside the Emanuel AME Church in Charleston Don Lemon was yelled at by a Africa-American woman upset with the coverage. Right before Lemon is in introduced you 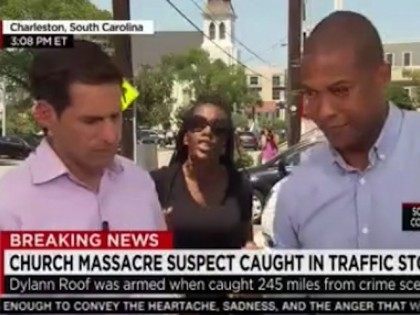 Obama: America Must Come to ‘Grips’ with Gun Violence ‘Collectively’

Thursday while making a statement about the Charleston church shooting, President Barack Obama raised the issue of dealing with guns and gun violence. Transcript as follows: This morning, I spoke with Vice President Biden and with Mayor Joe Riley and 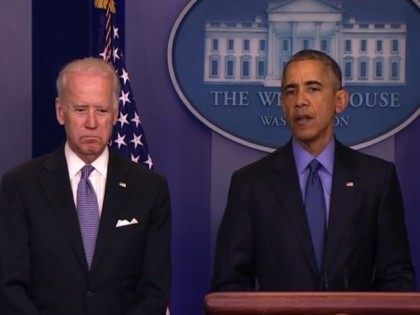