HBO’s “Real Time” host Bill Maher criticized the Bible’s position on homosexuality, but argued that radical Islam is far worse. In addition, Maher admitted that “not once has one of these religious freedom laws been used to deny a gay 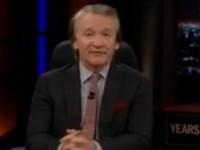 After a full-week spent lying about Indiana’s Religious Freedom law and relentlessly trashing Christians  as bigots and Christianity as bigotry, CNN closed things out on Good Friday by being humiliated in the all-important 25-54 primetime demo by a marathon of

Tom DeLay: The Left Bought into the Homosexual Agenda 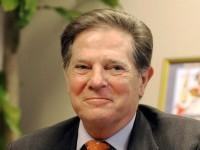 How Ben Smith Turned BuzzFeed Into a Hate Site

Just before Christmas Eve weekend in December of 2013, a young New York-based communications director fired off a tweet before stepping on a plane to Africa. The tweet was a joke about hoping she didn’t contact AIDS while visiting the 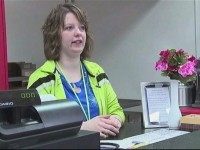 Charles Barkley on ‘Discrimination’: ‘I’ll Always Fight Stuff Like That’

On Wednesday’s “The Herd with Colin Cowherd” on ESPNU and ESPN Radio, host Colin Cowherd asked former NBA star and now TNT NBA analyst Charles Barkley about the Indiana Religious Freedom Law, which Barkley has already stated as means for 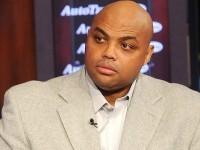 In the wake of the controversy surrounding both the Indiana and Arkansas religious liberty laws, presidential hopefuls have been weighing in either in defense or opposition to the laws. 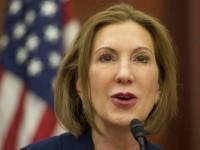 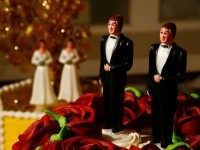 In a segment that aired on CNN on Wednesday, host Carol Costello and former NFL punter Chris Kluwe, an outspoken proponent of same-sex marriage, questioned Duke head basketball coach Mike Krzyzewski for his refusal to speak out about the Indiana “Religious Freedom” 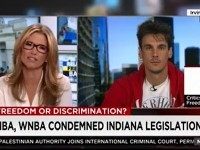 NASCAR announced it “will continue to welcome all competitors and fans” at its racing events in Indiana and other states. It’s responding to widespread criticism over the state’s religious liberty law. 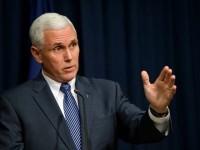 Walmart is calling on Arkansas Gov. Asa Hutchinson to veto the state’s religious liberty bill, which is similar to the one passed in Indiana last week. 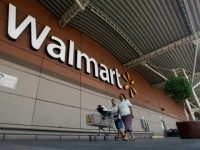 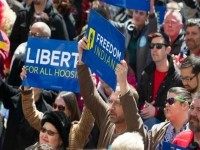 A religious liberty bill similar to the one causing a phony uproar in Indiana this week was just passed by Arkansas lawmakers Tuesday and serves as yet another sign of the left-wing mainstream media’s waning power to intimidate and bully. 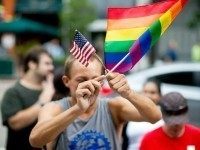 The Post reported that a similar measure in North Carolina would “make no sense,” according to Gov. Pat McCrory who made the statement during a radio interview and added he would not sign any such legislation. 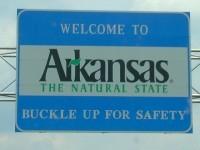 Indiana Gov. Mike Pence says he has come to the conclusion that it would be helpful to move legislation this week that makes it clear that his state’s new religious freedom law does not give businesses the right to deny services to anyone. “I believe this is a clarification, but also a fix,” he stated.

Flashback: Bill Clinton on Religious Freedom, ‘The Most Precious of All American Liberties’

“The free exercise of religion has been called the first freedom – that which originally sparked the full range of the Bill of Rights,” President Bill Clinton said in 1993, as he signed the federal Religious Freedom Restoration Act. The federal law mirrors Indiana’s controversial religious liberty law that is under fire from Democrats and the mainstream media. 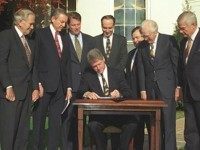 During Friday’s broadcast of “The Herd” on ESPNU, guest co-host Ryan Ruocco reacted to Yahoo’s Dan Wetzel saying that the NCAA’s response to Indiana’s “Religious Freedom” law is “perfect.” The new law allows businesses in Indiana to refuse service to 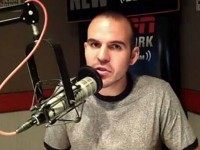