As Breitbart News noted the morning after last week’s Iowa Caucus, history occurred in the Ethanol State. For the first time ever a Hispanic won a presidential primary. In fact, between Ted Cruz’s 28% victory and Marco Rubio’s impressive 23% 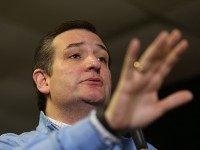 Jeb Bush’s supporters are expressing sympathy for their candidate, once presumed by the GOP establishment as the party’s inevitable nominee for president in 2016. 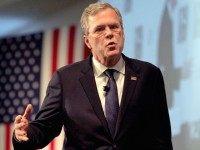 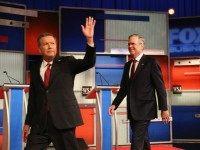 Jeb Bush is mocking GOP rival Donald Trump for his decision to skip Thursday night’s debate in Iowa, and said he made a bet of $20 that the frontrunner will show up after all. 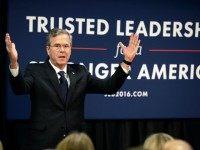 Trump Goes Around the Media: Offers Free Screenings of ’13 Hours’ to Iowans

“Mr. Trump would like all Americans to know the truth about what happened at Benghazi,” the GOP frontrunner’s Iowa co-chair said Thursday. And in order to go around and over the heads of a corrupt DC Media that has covered 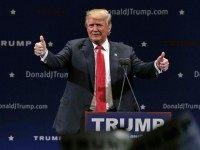 In this corner, we have Rape-Hoaxer Lena Dunham, a woman who stood idly by for weeks after she knew her memoir had placed an innocent man under suspicion as her rapist. In the other corner, we have Hillary Clinton, a 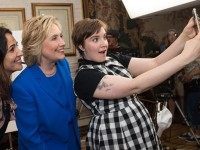 This article first appeared in Politico: DAVENPORT, IA. — Donald Trump has a theory: The worse things get, the better he does. Devoting much of his speech to dangers lurking in the world, the businessman suggested at a rally here 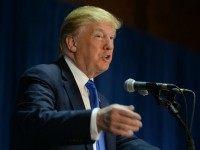 Going into a Thanksgiving weekend when a lot of people will sit around, eat too much, watch football, and talk politics, at least in the all-important state of Iowa, Texas Senator Ted Cruz finds himself in a pretty sweet spot. 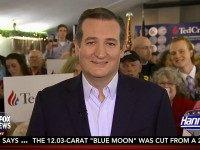 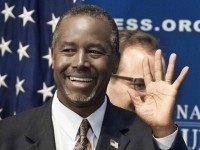 The first poll out of Iowa in three weeks shows a massive surge for Dr. Ben Carson, who now leads Donald Trump 28% to 20%. Back in September, a NBC/Wall Street Journal poll had Trump beating Carson +5 in Iowa,

While Rafael Cruz’s outreach to the evangelical community may not be a “secret weapon,” his solid reputation and enthusiastic support for his son’s presidential campaign is a significant asset that none of the other GOP presidential contenders can match, especially here in Iowa where evangelical voters are so important in the GOP caucuses. 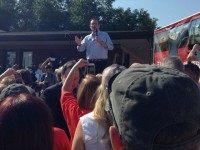 Who wants him? Protesters from all political persuasions stood outside the Adams Memorial Opera House with signs that blasted Jeb Bush for his support for the Common Core standards, NSA spying, as well as his apparent failure to articulate an environmental plan. 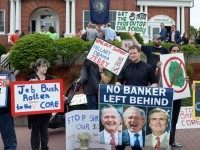 NEW YORK CITY, New York – Democratic presidential candidate Hillary Clinton’s re-launch in New York City on Saturday attracted 5,000 supporters, according to the New York Times, where the crowd listened to the former first lady at Four Freedoms Park on Roosevelt Island. In stark contrast to the 5,000 Clinton supporters was a group of roughly 50 anti-Hillary protesters. 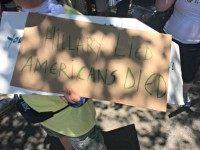 “I’m looking forward to bringing together our great line up of speakers and caucus-goers alike to hear what these leaders have to say about how to get our country growing again and what we need to do to ensure America remains a strong, stabilizing force around the globe,” Ernst told Breitbart News. 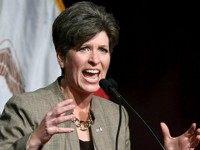 Democrat candidate Bernie Sanders, an underdog in comparison to his competitor Hillary Clinton for the 2016 presidential nomination, drew larger crowds over the weekend than Clinton did at an event Monday in New York City. 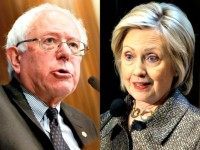 Jeb Bush hints he’s running for president in 2016, but where, exactly, is he running? The former Florida governor will skip the Iowa Straw Poll this summer, perhaps because of his unpopular view on Common Core standards. 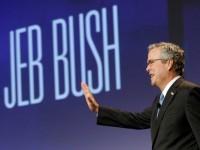 Craig Robinson, founder and editor of TheIowaRepublican.com, calls Walker the “clear frontrunner” following the weekend Faith and Freedom Coalition event in that state, which hosts the country’s first caucuses. 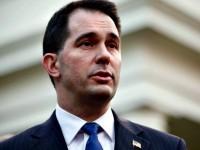 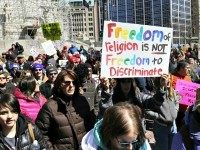 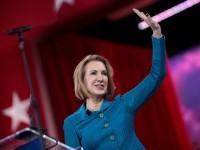 Former HP CEO and likely Republican presidential candidate Carly Fiorina is heading to Iowa this week. She will attend multiple events across the state over the next five days and plans to meet with voters and attend Town Hall meetings. 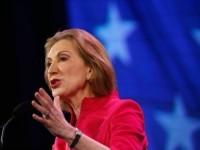 In Iowa Tuesday, presidential candidate Hillary Clinton set out a “new vision” for education in America which includes support for the Common Core standards, a position that puts her at odds with the nation’s teachers’ unions and has her siding with big government establishment Democrats who support teacher evaluations based on student performance on Common Core-aligned tests. 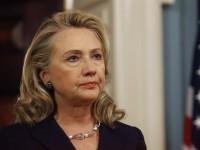 Donald J. Trump announced Tuesday that he has made three new hires in Iowa to join Chuck Laudner, who is considered to be one of the top grassroots strategists in Iowa. 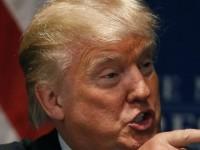 According to a New York Times report, Sen. Ted Cruz is making some critical inroads in Iowa, including gaining the support of “more than a dozen party leaders for his statewide campaign.” Some of that support is coming from the state’s libertarians, or Liberty movement, generally assumed to be aligned with Rand Paul. 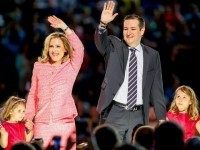