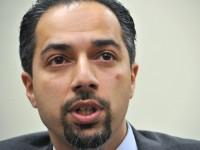 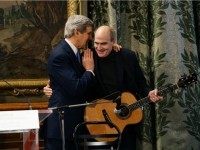 The news agency Agence France-Presse reports from Lausanne, Switzerland that Iran and the P5+1 powers (the five UN Security Council permanent members, plus Germany) have reached “provisional agreement” on the terms of nuclear deal. 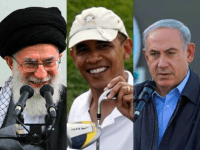 Former Secretary of State James A. Baker III, a foreign policy adviser to former Florida Gov. Jeb Bush, criticized Israeli Prime Minister Benjamin Netanyahu on Monday evening at the Washington gala dinner for J Street, a Soros-funded left-wing group that is devoted to disrupting the close U.S.-Israel alliance. Baker said that Netanyahu had been too forceful in his opposition to a nuclear deal with Iran, and that he had shown insufficient commitment to peace with the Palestinians. 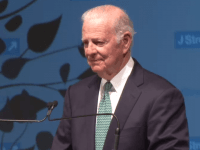 The Times of Israel is leading Sunday evening with a profile of Amos Yadlin, the Israeli left’s choice for defense minister if the Zionist Union wins Tuesday’s election and is able to form a coalition government. Though Yadlin was a pilot during the mission to destroy Iraq’s nuclear reactor in 1981, and allegedly helped destroy Syria’s reactor in 2007, he suffers under some of the left’s more destructive policy delusions. 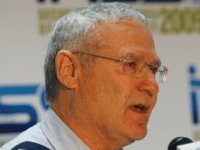 Democrats and the mainstream media have used the words “traitor” and “treason” to describe a letter to Iranian leaders, drafted by freshman Sen. Tom Cotton (R-AR) and signed by 47 Republican Senators, that warns any nuclear deal President Barack Obama signs may be voided by a future administration or Congress if it is not ratified by the Senate. Since they have brought the “t-words” into the debate, it is worth examining the case against Obama himself, which is far more damning.

Iran’s Foreign Minister, Javad Zarif, sat down with NBC News this week for an exclusive interview. NBC’s headline for the interview is: “Iran Foreign Minister: We Believe We Are ‘Very Close’ to Nuke Deal.” But the Times of Israel noted a buried lede–“Zarif: The Netanyahu regime ‘should be annihilated’.” While the American editors focused on boosting prospects for President Barack Obama’s signature diplomatic initiative, their Israeli counterparts focused on the threat that remains. 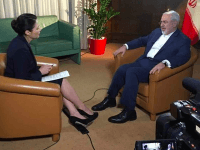 Democrats Are Lying About Netanyahu and ‘No Alternatives’

It does not matter whether they attended the speech, boycotted the speech, or read the transcript of the speech. Democrats, surprised by how convincing Benjamin Netanyahu’s speech to Congress on Tuesday turned out to be, have simply decided to lie about it. Netanyahu said “we should give up on any diplomatic path,” according to Rep. Jared Huffman (D-CA). He failed to provide “viable alternatives,” according to President Barack Obama. None of that is true, as the transcript shows.

What Next, After Netanyahu Speech? The Corker Bill

Following his stirring address to a joint session of Congress on Tuesday, Prime Minister Benjamin Netanyahu will return home, having made his point about the dangers of the Iran deal currently on the table. The question is: what next for Congress? President Barack Obama has vowed to veto any new sanctions–and may have sown enough division in his party to prevent an override. Yet there is another bill in the works that, after Tuesday, Obama may find he cannot refuse. 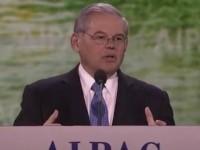 How successful was Israeli Prime Minister Benjamin Netanyahu’s speech to a special joint session of Congress on Tuesday? Judging from the changed reactions of his media critics, almost all of whom praised the speech, it was a complete triumph. 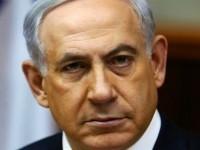 Israeli Prime Minister addresses Congress on Tuesday, March 3. His topic, as per Speaker of the House John Boehner, is to explain “the grave threats radical Islam and Iran pose to our security and way of life.” 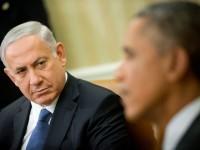 President Barack Obama took a stab at Israeli Prime Minister Benjamin Netanyahu in an interview with Reuters on Monday, on the eve of Netanyahu’s controversial speech to a special joint session of Congress on Tuesday morning. Obama said that Netanyahu “made all sorts of claims” about the interim nuclear deal with Iran that turned out to be untrue. Yet Obama mischaracterized Netanyahu’s remarks, and misrepresented Iranian compliance with the terms of the interim deal. 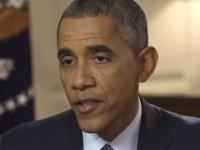 Netanyahu to AIPAC: No ‘Disrespect’ for Obama

Israeli Prime Minister Benjamin Netanyahu previewed his speech in Congress on Tuesday when he addressed the annual policy conference of the American Israel Public Affairs Committee (AIPAC) on Monday. “Reports of the demise of the Israeli-U.S. relations [are] not only premature–they’re just wrong. You’re here to tell the world that our alliance is stronger than ever,” he said, to applause. “Never has so much been written about a speech that hasn’t been given,” he joked. 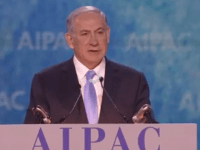 Power to AIPAC: U.S.-Israel Ties ‘Should Never Be Politicized’

UN Ambassador Samantha Power told the American-Israel Public Affairs Committee (AIPAC) on Monday that the spat over Israeli Prime Minister Benjamin Netanyahu’s speech to Congress on Tuesday would not affect relations between the two countries. The relationship, she says, “transcends politics, and always will.” She said that the partnership between the U.S. and Israel “should never be politicized,” even if there were debates about the best policy to deal with common threats. 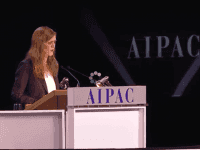 I’m fasting Monday and praying for Benjamin Netanyahu’s success in his speech to Congress on Tuesday. I don’t care for the pettiness of his American Jewish critics, who typify the establishment that remained silent during the Holocaust; nor the hysterics of his Israeli opponents, who prove by their behavior they are unfit to lead. I am hoping sense will prevail. I trust God and not the mainstream media, here and abroad, who have declared Netanyahu’s speech a disaster in advance. 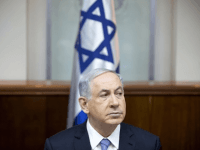 Blue State Blues: Bibi Is Coming–Whether the Jewish Establishment Likes It or Not

And Esther said to Hathach, and she ordered him to [tell] Mordechai: “All the king’s servants and the people of the king’s provinces know that any man or woman who comes to the king, into the inner court, who is not summoned, there is but one law for him, to be put to death, except the one to whom the king extends the golden scepter, that he may live, but I have not been summoned to come to the king these thirty days. And they told Esther’s words to Mordechai. And Mordechai ordered to reply to Esther, “Do not imagine to yourself that you will escape in the king’s house from among all the Jews.” (Esther 4:10-13)

President Barack Obama is sending National Security Advisor Susan Rice and UN Ambassador Samantha Power–widely seen as among the most anti-Israel members of his administration–to address a prominent pro-Israel gathering next week. The move is described by the Associated Press as an effort to mend fences after the administration had withheld speakers from the American Israel Public Affairs Committee (AIPAC) policy conference. In reality, it is a further slap in the face. 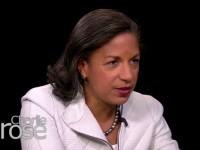 Many of the Democrats denouncing Israeli Prime Minister Benjamin Netanyahu’s speech next week to a special joint session of Congress as an intrusion into U.S. domestic politics leapt to their feet in 2010 when then-Mexican President Felipe Calderon, in a similar 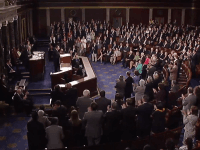 Sen. Boxer: Iran Cannot Be Trusted ‘For One Second’

Outgoing Sen. Barbara Boxer (D-California) both praised and chastised fellow Democrat and Secretary of State John Kerry during Tuesday’s Senate Foreign Relations Committee hearing. On Iran, Boxer said point-blank that Iran cannot be trusted “for one second.” She then went on to clarify her belief that while the people of Iran could be trusted, the government and regime cannot be. 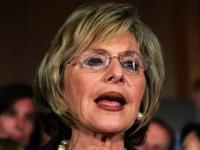 Kerry: Netanyahu Was Wrong About Iraq–Why Trust Him on Iran?

Secretary of State John Kerry told the House Foreign Relations Committee on Wednesday that the U.S. should be wary of trusting Israeli Prime Minister Benjamin Netanyahu’s warnings on Iran, because Netanyahu had also backed the Iraq War. Kerry’s remarks were hypocritical, since he also supported the war. And they raise the disturbing suggestion, beloved of conspiracy theorists, that Israel is dragging the U.S. to war. Yet it is worth asking whether Kerry’s criticism has merit. 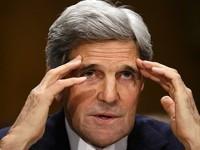 Former Harvard Law School professor and renowned defense attorney Alan Dershowitz has slammed President Barack Obama and congressional Democrats over their efforts to undermine Israeli Prime Minister Benjamin Netanyahu’s speech to Congress next week. In an op-ed to be published in Tuesday’s Wall Street Journal, Dershowitz accuses “Obama of direct intrusion on the power of Congress and on the constitutional separation of powers” in his objections to the speech. 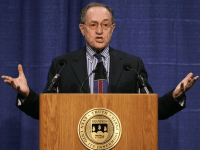 The University of Massachusetts Amherst has reversed its recently announced policy of banning foreign students from Iran who wish to enroll in advanced graduate courses with content related to the development of nuclear capabilities. 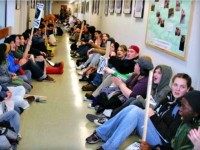 President Obama and his administration have implied that Israeli Prime Minister Benjamin Netanyahu’s acceptance of an invitation to speak before Congress is a violation of protocol. 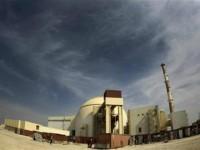 Secretary of State John Kerry held a surprise meeting Sunday with his Iranian counterpart, Javad Zarif, in Munich–the city made infamous for “appeasement” after the western powers granted Hitler part of Czechoslovakia in 1938. Meanwhile, Israeli Prime Minister Benjamin Netanyahu told his Cabinet that he intended to resist the deal that Kerry and Zarif were striking. 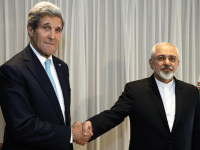 Appeasement: U.S. May Get 20% of What It Wants in Iran Nuclear Deal 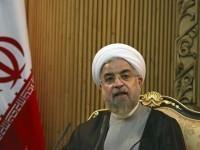 On the one-year anniversary of the start of talks with Iran, and as President Barack Obama prepares to give his State of the Union address, Russia has signed a military deal with Iran. The agreement covers “includes expanded counter-terrorism cooperation, exchanges of military personnel for training purposes and an understanding for each country’s navy to more frequently use the other’s ports,” the AP reports. 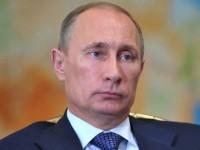