11:02: “Why is there a dancing ghost to close out the Game Awards?” Maybe we’re old, but we all thought we had a stroke. Goodnight, everyone!

11:00: In case it wasn’t obvious, we’re thrilled The Witcher 3 won Game of the Year, as it so rightly deserves.

10:58: But how can such a terribly regressive game that addresses topics like homosexuality, transgenderism, misogyny, and the horrors of war win Game of the Year? On an unrelated note, what’s the HTML tag for “massive fucking sarcasm”?

10:53: The Walking Dead: Michone announced. Will it be able to make me cry like a baby like the past two iterations?

10:51: What the hell is going on? Who actually won Best Performance? Seemed like they announced The Witcher 3 but Viva Seifert is up there accepting for Her Story.

10:40: The “We Feel Bad for What Konami Did to Hideo Kojima Award” goes to Metal Gear Solid V: The Phantom Pain.

10:30: Ah, the Industry Icon Award. OK. Funny how no one mentioned that EA bled that studio dry and shuttered it 12 years ago. Let’s pretend like we don’t use up people and throw them away in this industry. Nope, but it’s wailing hyper-consumer gamers that are the problem. Write another expose about that, please.

10:21: Shadow Complex remastered for PC. Cue all the Twitter salt about how you can’t be a good SJW and support this game because Orson Scott Card has wrong-think about gay marriage.

10:17: Ori and the Blind Forest wins Best Art Direction. Breitbart Tech team is split. My choice would have been Bloodborne. The Witcher 3 was gorgeous, but Bloodborne’s gothic art style completely drew me into the game. Still, Ori was a beautiful game.

10:10: Please steamroll more games/awards that you don’t feel anyone really cares about to get to ads and skits. It’s really endearing you to the people who actually buy/play this stuff.

10:07: Life Is Strange wins Games for Impact BUT NOBODY CARES WE WON’T ACTUALLY SPEND TIME TO SHOW SOMEONE GETTING THAT AWARD ON TO CONAN.

10:02: Ok, this Candle in the Wind moment is kind of ruining the tribute to Satoru Iwata.

9:53: Poignant moment from Geoff Keighley remembering Satoru Iwata. No jokes here for an icon who understood gamers and what we love about games. Good bye, good sir.

9:51: Quantum Break for all you battling Evil Corporations™ needs! This trailer brought to you by Microsoft.

9:47: Good thing Fallout 4 sold so many copies, because TESO doesn’t have $1 million to burn on it’s own.

9:42: I’d be more excited about Psychonauts 2 if it didn’t mean I have to anticipate listening to Tim Schafer call women and minority gamers who disagree with him sockpuppets. Also, Space Base of 9. M’kay.

9:39: Greg Miller for Trending Gamer of the Year! I did not expect that.

9:38: Gee, I wonder who will win YouTube celebrity of the year.

9:36: Bonus points to whoever Photoshops the Breitbart Crew onto the Lego Avengers cast.

9:28: Nate Church won’t stop spamming me with messages about what a boner he has for Far Cry Primal.

9:26: I’m sorry, but the story for the Bloody Baron sidequest in The Witcher 3 was better than Her Story. AND IT WAS A SIDEQUEST. Her Story isn’t a terrible game, but as Nate Church puts it, “it’s obviously only winning because it’s a media darling.”

9:25: The Witcher 3 gets robbed for Best Narrative.

9:22: So the big new content for The Elder Scrolls Online is highlighting new solo content? At least they’re acknowledging what people actually want out of the Elder Scrolls.

9:18: World premier of a Batman game from Telltale Games. Sold.

9:16: OpTic Gaming wins eSports Team of the Year. What say you, Richard Lewis?

9:12: SHAQ-FU!!! I don’t know whether this is amazing or the stupidest thing I’ve ever seen. Maybe a little of both.

9:07: Apparently Lara Croft Go won Best Handheld Game BUT ENOUGH OF THAT, ON TO UNCHARTED 4!

9:05: Black Ops III would have been my choice, but I’m not going to dog Splatoon. Breitbart Tech team heartily agrees with this pick.

8:54: Rise of the Tomb Raider DLC world premier – Baba Yaga: The Temple of the Witch

8:52: Yeah, I know Kung Fury is playing off my 80s nostalgia harcore, but I’d play the hell out of a side-scrolling beat-em-up based on it.

8:49: Oh good, Tumblr’s take on the best games of 2015. Let us know which games were most problematic this year.

8:46: While everyone’s ruining their pants over Fallout 4, check out Nate Church’s honest appraisal of the game’s faults and merits.

8:45: I was never a fan of the Dark Souls games, but Bloodborne was ridiculously amazing.

8:41: Pre-show highlight reel playing. Don’t forget, if you don’t think a FMV point-and-click adventure is the game of the year, you’re what’s wrong with gaming.

None of us here at Breitbart Tech have ever been caught staring dead-eyed into a camera while pimping Doritos and Mountain Dew in the name of gaming journalism, so unsurprisingly we weren’t invited to host The Game Awards 2015. 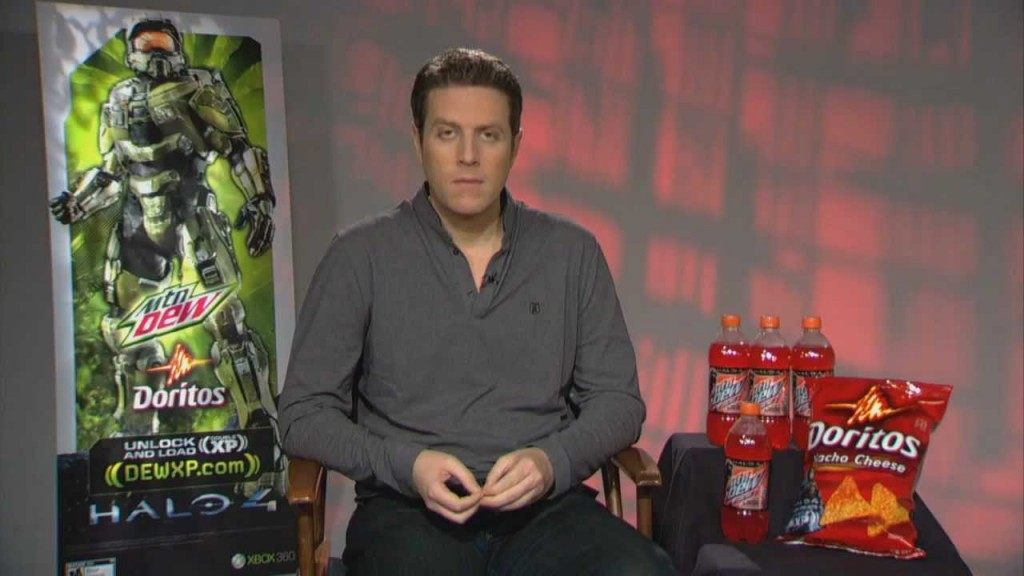 But fear not, we’ll be streaming the event and liveblogging our reactions to all the winners, losers, announcements, and inevitable political pandering from the show. Stay tuned.