Many suspect that Yiannopoulos was unverified thanks to his outspoken libertarian views. If the recent suspension of Adam Baldwin is anything to go by, it’s certainly risky to be a conservative or libertarian on Twitter.

But what crimes can you get away with on Twitter? We’ve compiled a list of some notorious baddies of the modern age: murderers, rapists, pedophiles — all of whom nonetheless retain their blue tick on Twitter. Unlike poor Milo. 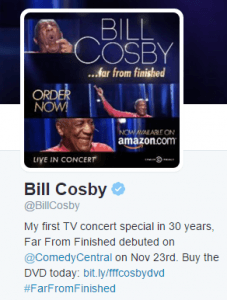 The once-beloved comedian has dramatically fallen from grace recently, and stands accused of sexually abusing over 50 women since the 1960’s. He also faces one charge of aggravated indecent assault, and was taken in by authorities on December 30th. Cosby has also faced backlash for attempting to sue his alleged victims in retaliation.

Friends and fans, Thank You. 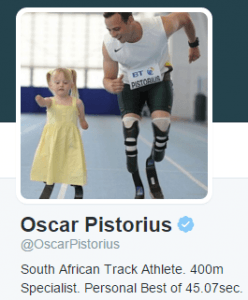 Dubbed ‘Blade Runner’ in reference to his amputated legs, paralympian Oscar Pistorius shot and killed his girlfriend on Valentine’s Day 2013. Pistorius was found guilty of murder, but at least he still keeps his blue badge.

Thank you to my loved ones and those that have been there for me, who have picked me up and helped me through everything. 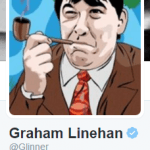 The writer and director known for comedies such as Father Ted and The IT Crowd is notorious for intimidating his political opponents on Twitter with classic playground bully tactics. Mocking a disabled GamerGate supporter’s appearance, or calling down mobs on his opponents are just a few of the Twitter hobbies of Mr. Linehan.

Linehan very obviously breaks Twitter’s new ban on “abusive behaviour”, which aims to prevent intimidation and harassment on the platform. If they’re going to take Yiannopoulos down, why does a notorious bully like Linehan retain his check mark?

@leighalexander thank you for bringing this photo to my attention pic.twitter.com/1YZLcsggmd 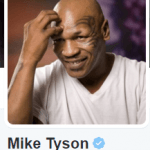 The world-famous boxer was convicted and imprisoned for raping an 18 year-old in 1991. He served just three years out of a sentenced six in prison and quickly rose back to prominence in the sports industry. He also got a blue tick on Twitter. 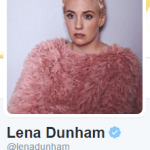 Feminist hero Lena Dunham admitted to sexually abusing her sister, who is six years younger, in her memoir Not That Kind Of Girl: “As she grew, I took to bribing her for her time and affection […] Three pieces of candy if I could kiss her on the lips for five seconds. Whatever she wanted on TV if she would just relax on me. Basically anything a sexual predator might do to woo a small suburban girl I was trying, ”Dunham details in her memoir.

“I took a perverse pleasure in delivering bad news to her […] hoping that her fear would drive her into my arms […] One day, as I sat in our driveway in Long Island playing with blocks and buckets, my curiosity got the best of me. Grace was sitting up, babbling and smiling, and I leaned down between her legs and carefully spread open her vagina. She didn’t resist and when I saw what was inside I shrieked, ”Dunham continued in her creepy memoir.

She dismissed all criticism as “right wing”, and currently boasts 3.7 million followers, as well as her blue tick.

The right wing news story that I molested my little sister isn't just LOL- it's really fucking upsetting and disgusting. 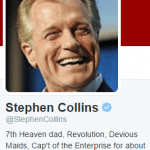 After being caught on tape confessing to previous sexual assaults of minors, the 68-year-old actor and writer admitted to “inappropriate sexual conduct” with three minors throughout the 70s, 80s, and 90s. Twitter maintains its verification of Collins though, to ensure that fans know they aren’t just tweeting at an imposter pedophile. 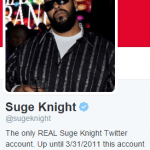 Murder, numerous accounts of assault, beating his girlfriend, armed robbery, and gang violence are just a few of Suge Knight’s favourite pastimes. Honestly, there is just too much to list here, so you’re better off reading his Wikipedia page. The whole thing is basically about his crimes. At least he’s not going to be impersonated on Twitter though! 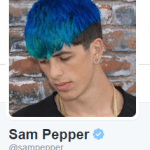 Controversial British prankster Sam Pepper likes to make hilarious pranks. They usually include sexually assaulting, harassing, and groping women, kidnapping and pretending to kill his friends, or rubbing his bum in people’s groceries. He has faced constant cricism for his creepy and abusive pranks, yet he constantly brags about them on Twitter, frequently uploading videos. His blue tick remains.

All of the above have kept their blue verification badges, despite their appalling behaviour. If Twitter is set on maintaining a “safe space” for the vulnerable, perhaps it would be better advised to tackle some of the real offenders, instead of a flamboyant Conservative homosexual whose main crime appears to be hurting the feelings of the most easily-offended people in the universe. Just a thought.