UCLA students called the police over a series of “anti-islamic” and “transphobic” messages chalked onto the university campus.

Pictures of the messages show phrases written in chalk on the campus grounds which read, “ISIS IS ISLAMIC,” “STOP THE JIHAD ON CAMPUS,” “HIGHER EDUCATION IS A PRIVILEGE NOT A RIGHT,” and “TRANSGENDERISM IS A MENTAL DISORDER.” 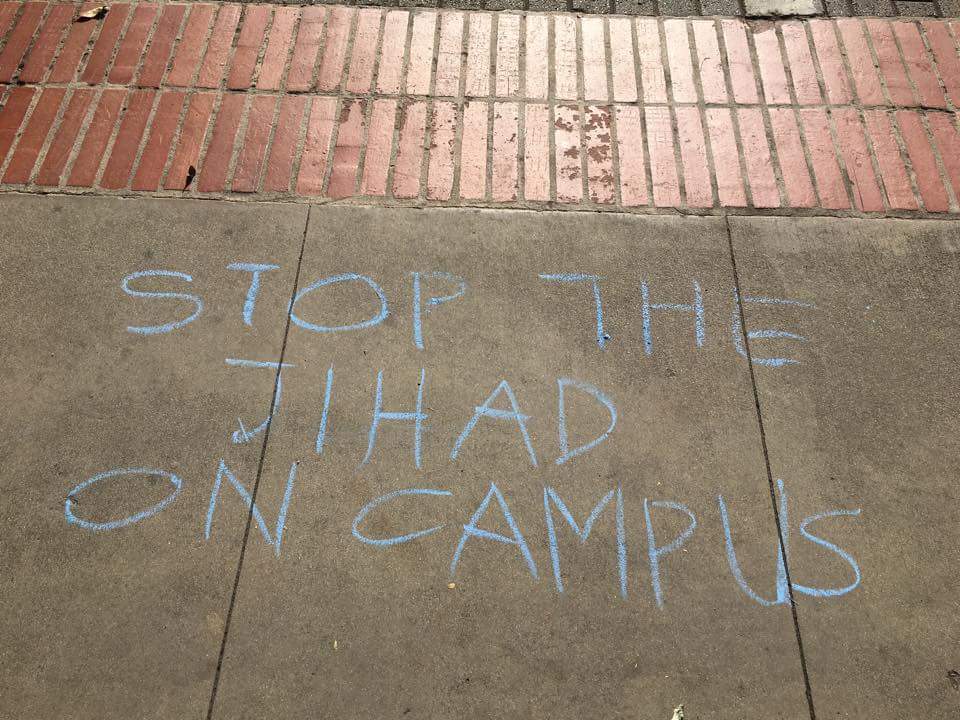 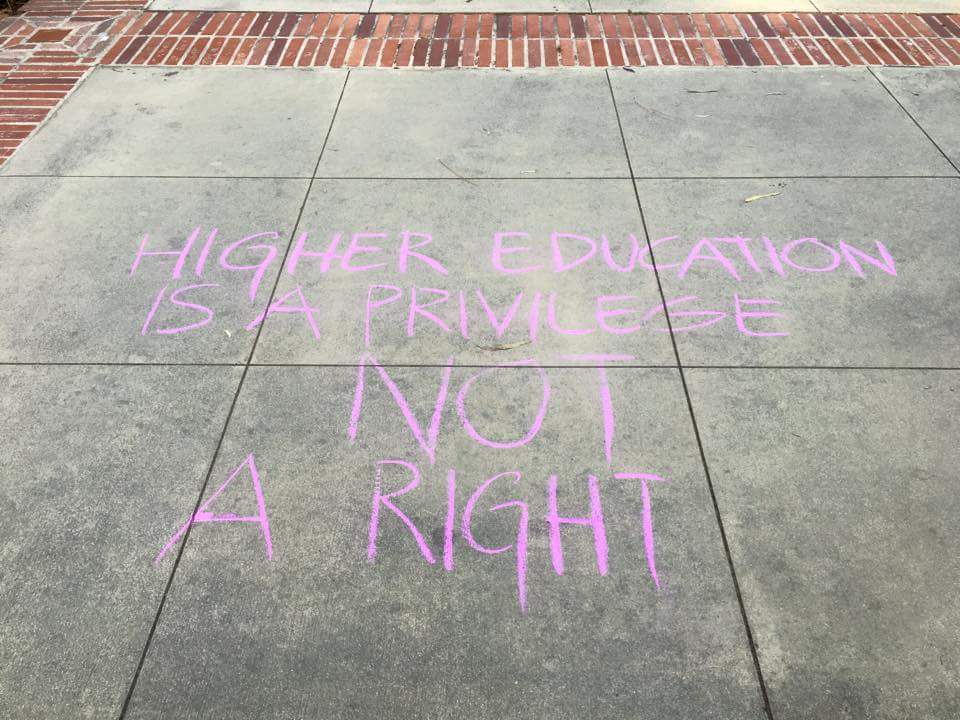 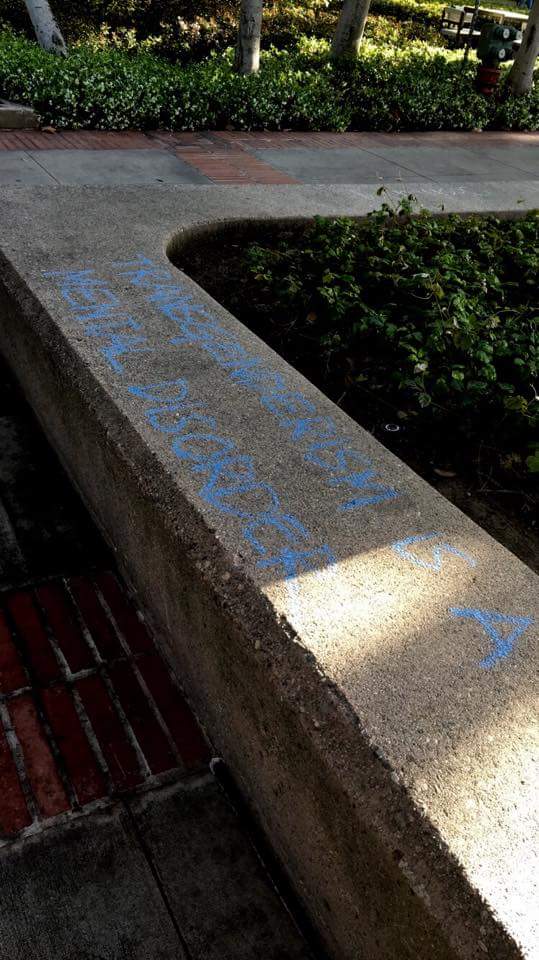 Pardees Fassihi, an economics student at the university, wrote on Facebook: “Cops just got here. It’s been reportedly apparently I just talked to them about it. He said there is nothing we can do to stop people writing these things unless you catch them in the act of doing it. If you see people doing it, report it! But it’s always good to report your concerns about the issue to the dean.” 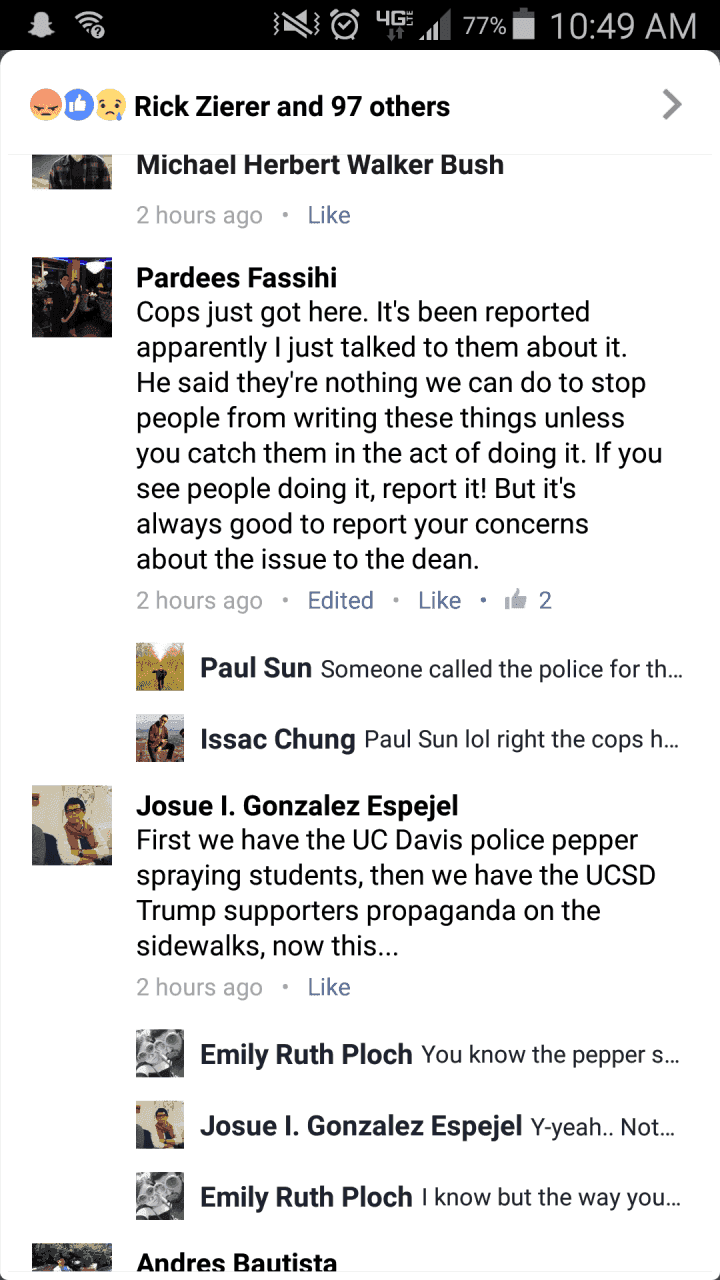 Another student weighed in: “The cowardly way these people demonstrated their hate is not the same as peacefully expressing your opinion. They went around purposefully making very hateful bigoted statements, but did not stay around to provide anything defending their terrible accusations. It’s not a double standard, it’s a rational response to hate speech.”

One student even suggested the perpetrators could face legal challenges for their actions: “If you would have looked at the chalkings you would have realized that the issues are not about immigration, people have different opinions but this is hating on a specific group which last time I checked someone could be sued for.”