Black Lives Matter figurehead DeRay Mckesson seemed to be having some problems with his Twitter account today.

Earlier today, Mckesson’s account became the latest in a string of high-profile Twitter hacks. Users began to take notice after the activist sent out some, well, out-of-character tweets. 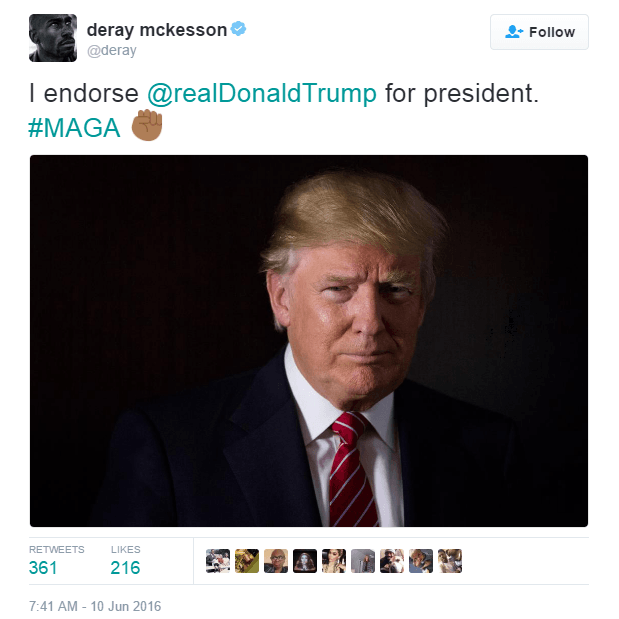 Teridax, for those of you who are unaware, is a troll and hacker of considerable renown in underground web communities.

Mckesson went on to question the physical stature of conservative pundit Ben Shapiro, and posted a shout-out to a one Robert Zimmerman Jr, brother of George Zimmerman.

Mckesson now seems to have retrieved his account, as all of the tweets have been deleted. But his messages still provoked considerable alarm amongst his followers.

NIGGA WHAT U DOIN

Smh really? RT @deray: What up my brother @rzimmermanjr ✊🏿

@deray @realDonaldTrump wait. REALLY? I can't tell if it's a joke or not. Please clarify?