A recent video from Sarah Eaglesfield, a British political activist and commentator, appears to show that Twitter will not allow certain accounts — primarily conservatives and free speech proponents — to be added to a new Twitter Moment.  The video from Eaglesfield tests a number of accounts including Candace Owens, Kyle Kashuv, and Scottish YouTuber Markus Meechan, known better as Count Dankula. Twitter claimed to Breitbart News that this is a “bug” that affects all accounts created after early 2016, and ideology does not play a role.

Twitter Moments is a feature on the platform that allows users to create lists of tweets on a related topic to share with other users. According to Twitter, “Moments are curated stories showcasing the very best of what’s happening on Twitter. Our Moments guide is customized to show you current topics that are popular or relevant, so you can discover what is unfolding on Twitter in an instant.”

The video demonstrates that when certain twitter accounts are searched for to be included in a new Twitter Moment, instead of displaying a list of tweets to select from — the normal functionality — the platform instead displays an error message which reads, “Hmm, Tweets aren’t loading right now, try again.” The message persists despite multiple attempts to find tweets.

Video proof that there's a Twitter algorithm affecting @CountDankulaTV, @RealCandaceO and @KyleKashuv. Myself and @Entropy72 found over 50 affected users today, including many YouTubers and British Political Parties. #SHADOWBANNED pic.twitter.com/ln9LbZJP5j

Breitbart News performed the same test on multiple computers including different browsers and operating systems, confirming that the accounts shown in Eaglesfield’s video do not show up in Twitter Moments. They all display the same error message despite multiple attempts. Other randomly selected accounts function normally, with none of Breitbart News’ tests resulting in the same error message. Further tests also show that the problem is not limited to the accounts Eaglesfield uncovered.

The same error message is received when searching for tweets by Breitbart News reporter Josh Caplan: 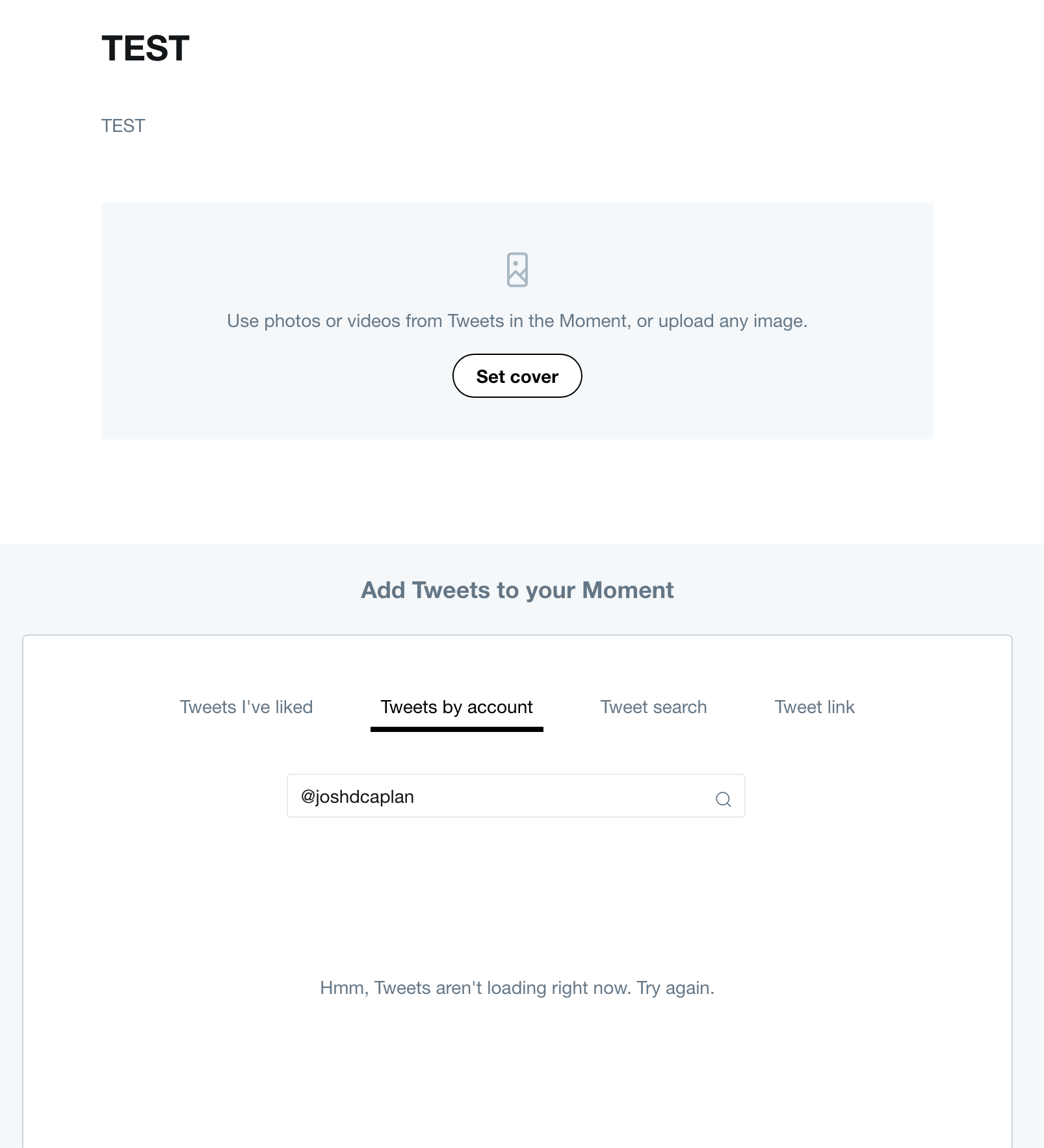 Even the Vice President of the United States, Mike Pence, is facing similar issues with adding  tweets from his account to a Twitter Moment: 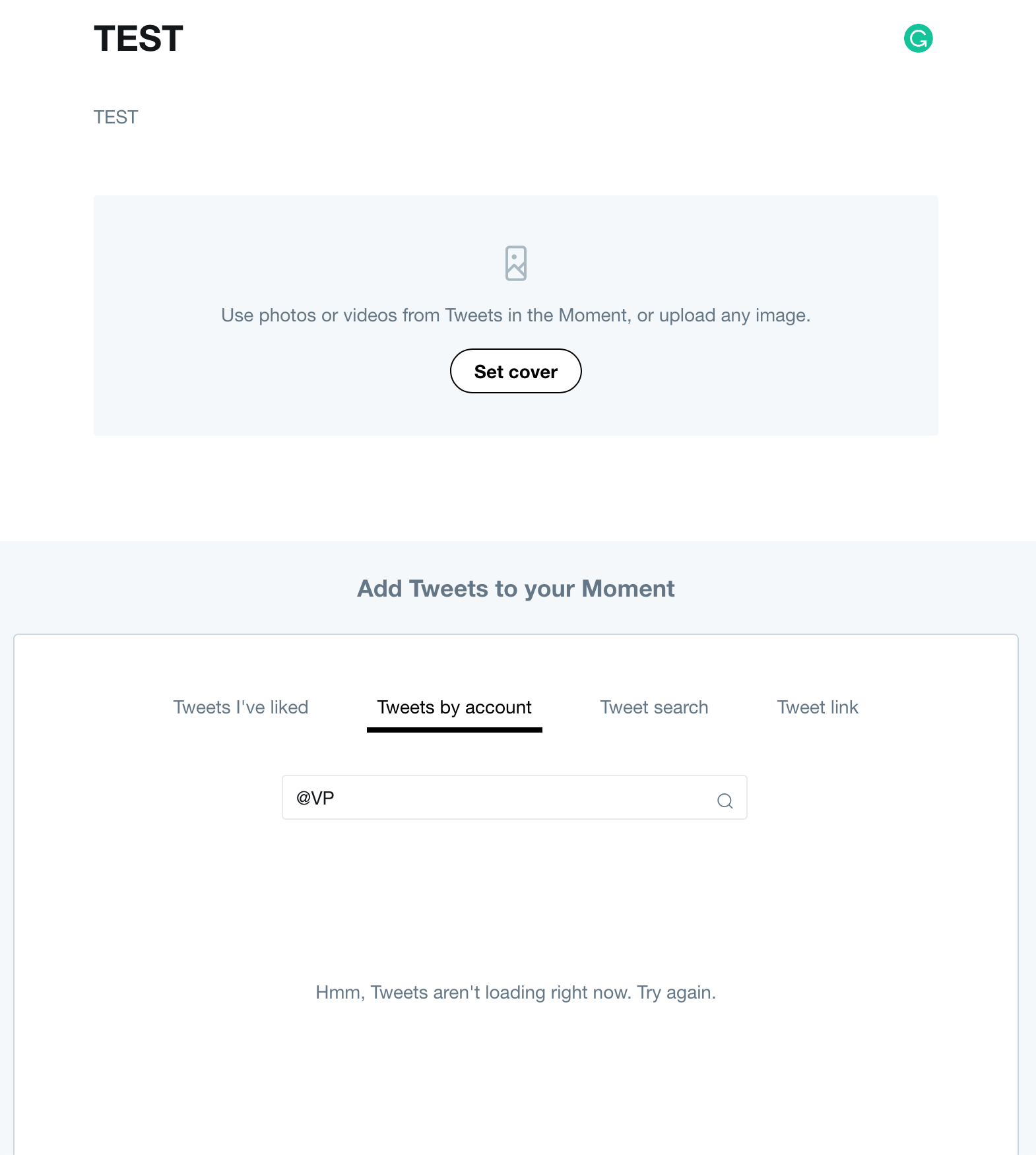 This issue does appear to be only occurring when attempting to add tweets to Twitter Moments on a desktop computer. On the mobile app, the same error message does not occur on these accounts.

In a response to Breitbart News sent after the publication of this article, Twitter described this phenomenon as a “very specific bug” that affects accounts created after February 2016. The company claims its engineering department is working to fix the feature. Breitbart News will monitor Twitter Moments to determine when and if the error is corrected.

Update — This article has had comments from a Twitter spokesperson added.