Professor David Bridges, who is the adviser of the College Republican (CR) group at Purdue University, discovered that his home had been vandalized with a red paint-like substance on his driveway, and the words “Nazi Lives Here” spray-painted on his garage door.

The suspect is still at large, but Bridges believes that the vandalism was carried out by local Antifa members, according to a November 27 Facebook post.

Our garage door and driveway after West Lafayette Antifa left wing activists had finished with it.

“Our garage door and driveway after West Lafayette Antifa left wing activists had finished with it,” wrote Bridges.

It is unclear what prompted vandals to target the biology professor’s home, but one could surmise that it was in response to a flyer the CR’s had put out on campus ahead of the midterm elections, which was then circulated on the internet, as some individuals had taken offense to it. 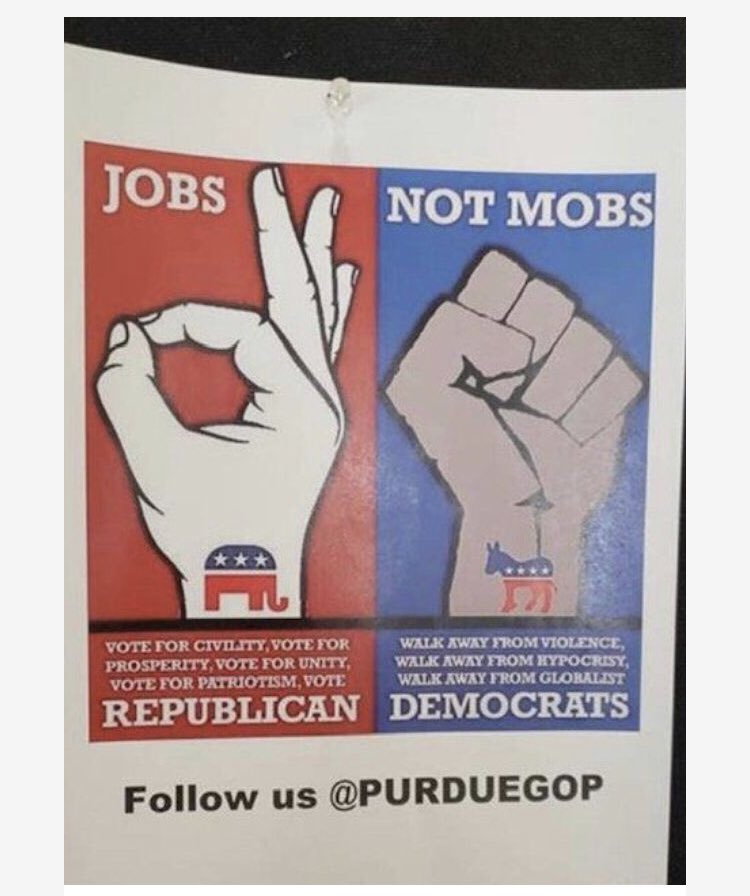 “The majority of our group viewed the text printed on our posters as an acceptable means to convey our conservative message,” stated the CR student group to Breitbart News, “One person was in charge of the imagery portrayed on those posters, and we regret that many found one of those images offensive.”

“We were shocked at the disproportionate outrage that was caused, and the vandalism that ensued, over posters that were clearly moderate in their intent,” added the group.

Just as President Donald Trump’s signature “thumbs up” has become a popular gesture among his supporters, the “OK” hand gesture had also become popular among conservative youth during the 2016 election, as it is a gesture frequently seen made by President Trump during his speeches, among many other gestures.

Last year, a 4chan hoax attempting to fool individuals into mistaking the “OK” hand gesture for a “white power” symbol, went viral among some circles on the internet. The hoax was later promoted by Left-wing activists seeking to label conservatives as white supremacists.

“We are committed to working towards an atmosphere of open dialogue and communication on campus, and stand against acts of political violence on either side,” said the CR student group to Breitbart News, “Our chapter works hard to provide an inclusive and engaging environment, and welcomes students of all backgrounds and viewpoints.”

Breitbart News was unable to reach Professor Bridges for comment before publication, but the professor told the Journal & Courier that he does not approve of the flyer.