Two Trump-supporting YouTubers were egged and “milkshaked” in Seattle, Washington, last week while holding a sign that read, “Free Hugs from a Trump Supporter.”

YouTubers Saleem Juma and Dion Thompson were egged and milkshaked in the Capitol Hill neighborhood in Seattle last week while wearing red “Make America Great Again” hats, and holding a sign that read, “Free Hugs from a Trump Supporter.” The incident was caught on video.

“The entire idea behind something like a free hug sign is to bridge the political gap,” said Juma to Breitbart News. “We also wanted to show that Trump supporters are not what the mainstream media depict us to be.”

The term “milkshaked” refers to when somebody gets a milkshake thrown at them, typically by a protester. Quilette editor Andy Ngo, for example, was milkshaked last month in Portland, Oregon by Antifa members. The milkshake, according to Portland police, contained “quick-drying cement.”

“We’ve been assaulted here four or five times now, just for wearing Trump hats,” Juma can be heard saying to a bystander who stopped to talk with the YouTubers.

“That’s ridiculous,” continued Juma, “You can not like Trump, but if you’re going to assault people over a political opinion, that’s a ‘you’ problem, not a ‘me’ problem.”

Seconds later, an alleged Antifa activist can be seen hurling eggs at the YouTubers, as well as the bystander who had stopped to talk to them. One egg was thrown directly into the bystander’s ear.

“This guy isn’t even conservative, he was just standing with us, asking questions,” Juma can be heard saying in the video.

Thompson told Breitbart News that he and Juma went to the Capitol Hill neighborhood with their MAGA hats and “free hugs” sign to create a “man on the street” video, as the two typically engage in lighthearted social experiments for their YouTube channel.

“We got there and we basically thought this was going to be a feel-good video, but no sooner than ten or twenty minutes later, [Antifa members] started throwing eggs at us,” said Thompson. “This only shows how far the left has gone in our state, and it’s absolutely appalling.”

Juma, who is Muslim, and Thompson, who is black, told Breitbart News that a local Antifa group has labeled the two “white supremacists” and “fascists” over their support for President Donald Trump, adding that Antifa has put flyers up around Seattle, which contain the labels alongside their names and photos. 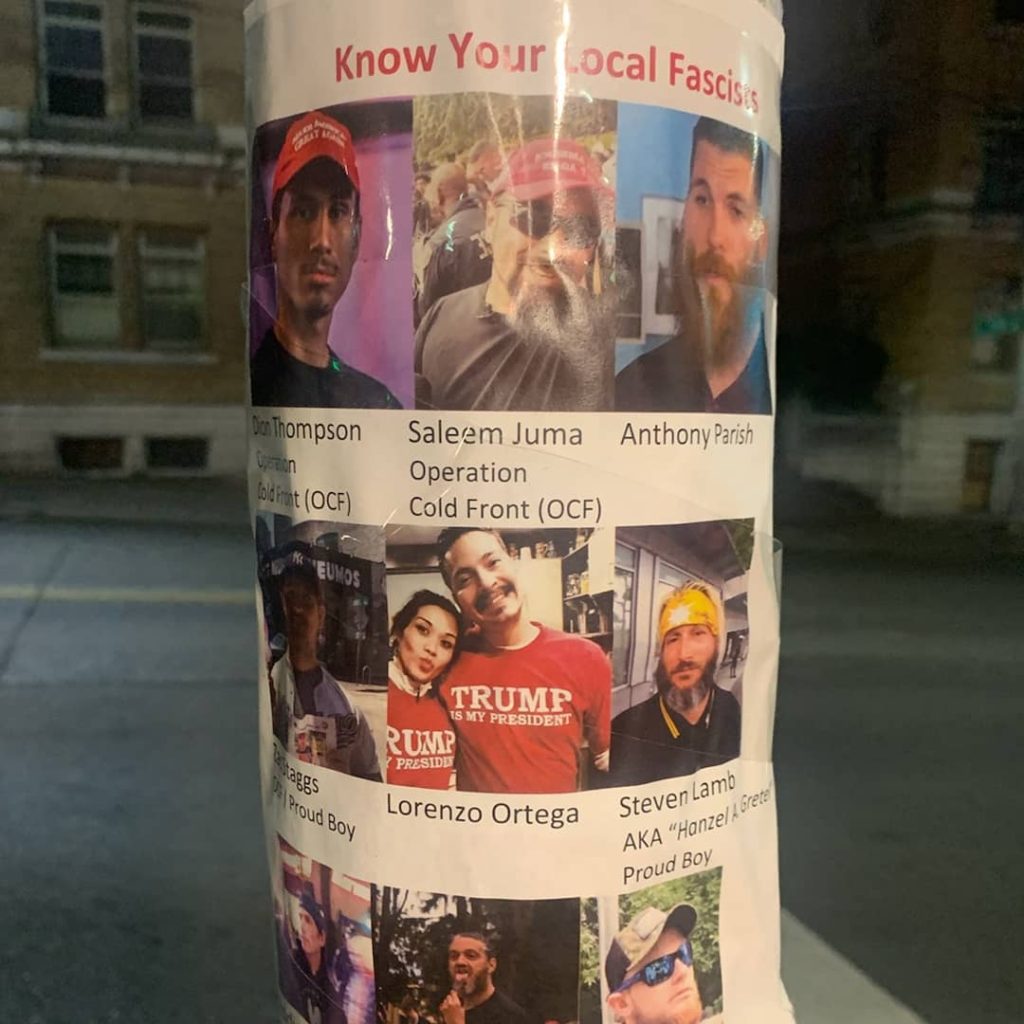 Last month, Juma and Thompson were speaking at the University of Washington, when a man attempted to chain the doors to the event shut. The man, who was later arrested, acted after an Antifa call to action to disrupt the event.

The YouTubers also said that they called the police — several times — after they were first egged, but that officers did not arrive on the scene until after Juma and Thompson had left, a little over an hour later.

“We called the police a total of five times and they didn’t show up, that’s what’s crazy to me,” said Thompson. “The 911 dispatcher called Saleem after we left that area.”

Despite being egged and milkshaked — as well as the apparent slow response time by local police — Thompson says that he and Juma plan to continue creating YouTube videos as open conservatives, as he believes it is making a positive difference in his city.

“I’ll bet you anything that a lot of people are conservative,” said Thompson, “but they’re afraid to come up to us out fear of being identified by leftists.”