The restriction occurred shortly after she retweeted a post from Diego E. Arria, a critic of Venezuelan socialism who was formerly the country’s permanent representative to the UN, and president of the UN Security Council. 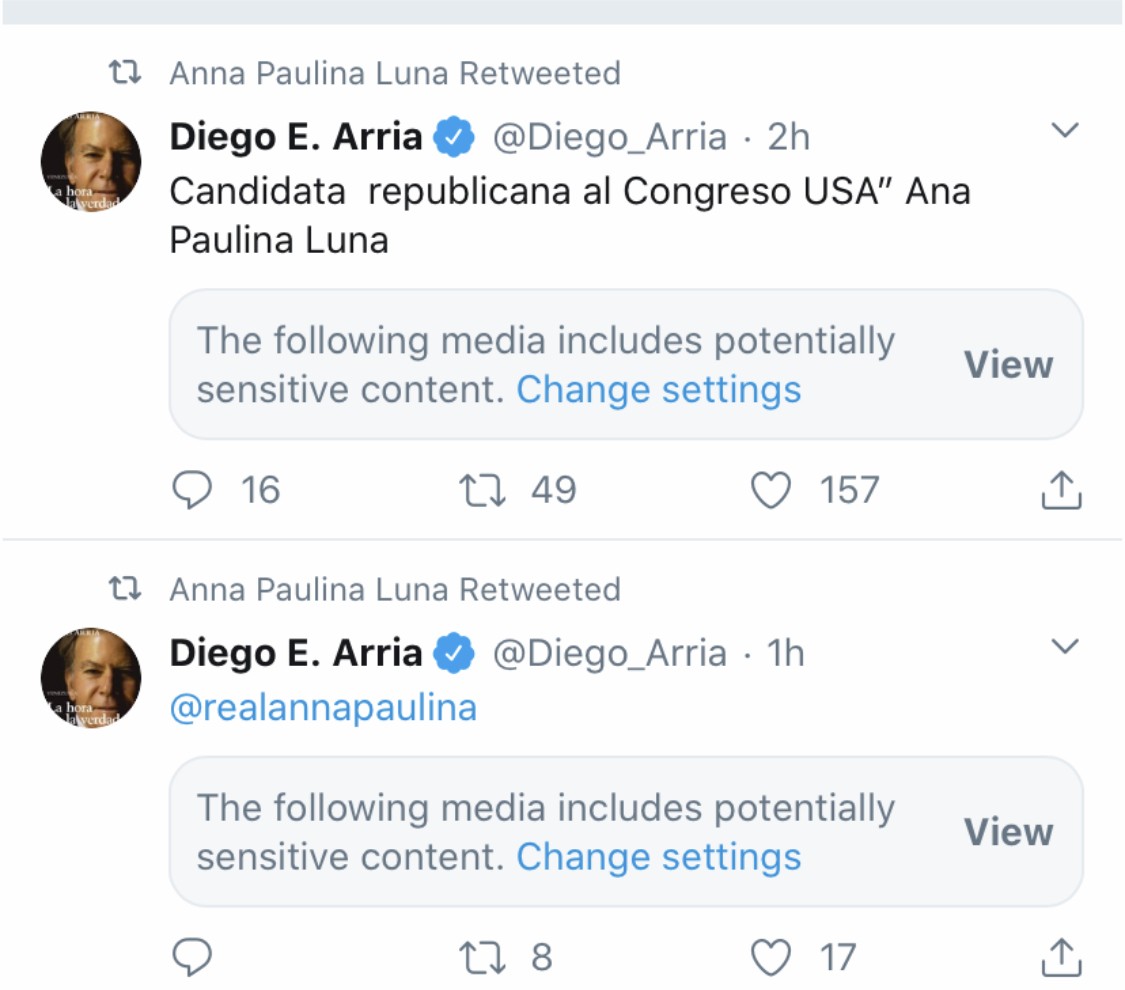 Shortly after her retweet, Luna was locked out of her Twitter account and asked to confirm her phone number before being allowed back into the account.

Twitter is aware that Luna is a congressional candidate. The platform has said it will verify all primary candidates in U.S election races this year, provided they have a Ballotpedia page — which Luna does. Despite being notified numerous times by Luna’s campaign, Twitter still has not verified her account — and is now being locked out of it for reasons Twitter won’t publicly explain.

Twitter has not commented on why Luna’s account has not been verified, or why Arria’s tweets were labeled “sensitive.”

In a comment to Breitbart News, Luna alleged that Twitter was tacitly assisting the socialist regime of Venezuela by censoring Arria, one of its most prominent critics.

“Twitter has activity chosen to promote socialist politicians and censor those who believe the best form of government is a constitutional republic. Maduro is a dictator who has hurt many people and destroyed Venezuela.”

“By Twitter censoring myself & the former UN Security Council President simply because he was promoting my campaign as a Republican to the people of Venezuela is alarming. I lost many three friends during my time in the military. Every one of them fought for freedom of speech & to protect our country as well as those in this country.”

“I never thought I would see the day that an American company would have such a hateful view of our founding principles and disregard the price at which freedom comes. I choose to worship God, not Government, & I will not be bullied or silenced into submission.”