Billionaire Jeff Bezos, CEO of Amazon, scolded a customer in an email for saying “all lives matter” and says he fully supports the Black Lives Matter movement.

In the midst of rioting over the death of George Floyd, Bezos posted to his Instagram account his response to a customer who expressed her opposition to the current banner on Amazon which reads “Black lives matter.”

“ALL LIVES MATTER!” the customer wrote in an email. “… if it wasn’t for all these lives providing their service to [you] and your company, where would Amazon be today?” 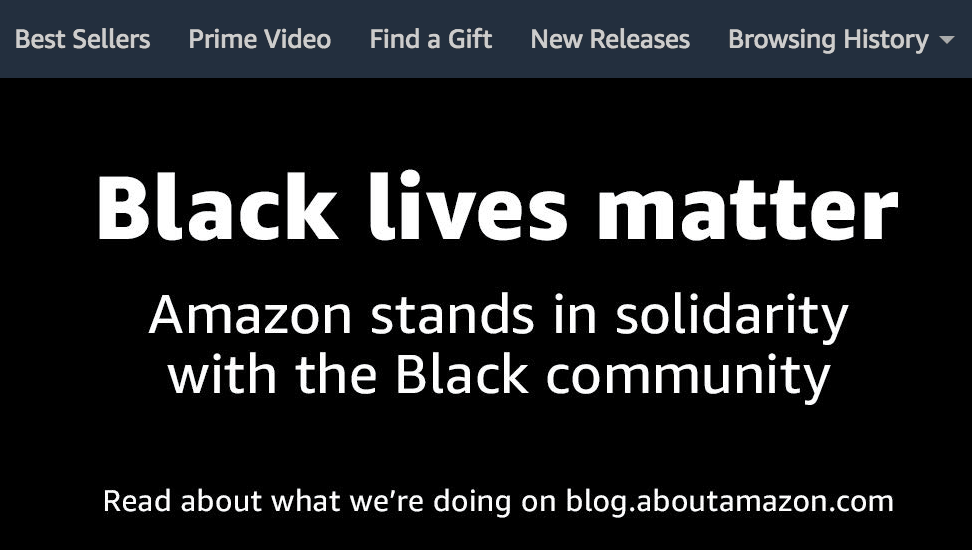 In response, Bezos reaffirmed his support for the Black Lives Matter movement:

No, Macy, I have to disagree with you. ‘Black lives matter’ doesn’t mean other lives don’t matter. Black lives matter speaks to racism that Black people face in our law enforcement and justice system. I have a 20-year-old son, and I simply don’t worry that he might be choked to death while being detained one day. It’s not something I worry about. Black parents can’t say the same.

None of this is intended to dismiss or minimize the very real worries you or anyone else might have in their own life, but I want you to know I support this that we see happening all around us, and my stance won’t change.

I got this email from a customer and wanted to share my response.

In April, Amazon fired whistleblower employee Chris Smalls, a black American, for speaking out about the danger he and his colleagues had allegedly been put in to continue fast-paced distribution in the middle of the coronavirus crisis.

Bezos has grown his net wealth by nearly $35 billion since last year.