Here’s a recent headline to ponder from the Beltway-buzzy Axios: “The sovereign state of Facebook vs. the world.”

Did we miss something there?  Did we miss that moment when Facebook became a country and joined the United Nations?

Axios was exaggerating, of course; Facebook is not a sovereign state (although it does plan to issue its own currency).

So yes, Facebook is huge and powerful, bidding to be a key partner in what’s become known as The Great Reset, the international reordering of world power, in favor of the powerful. As the article details:

Facebook’s 3 billion monthly active users, its mountain of money and its control over the flow of information all put the company on an equal footing with governments around the world — and, increasingly, it’s getting into fights with them.

Axios continues, “Facebook’s power alarms governments fearful that the tech giant could tilt the political scales inside their borders.”

Speaking of tilting political scales, every conservative recalls that back in January, Facebook banned Donald Trump, even as it continued to allow repressive foreign countries, such as the People’s Republic of China, as well as left-wing extremists, to flourish on its site. Heck, it’s been reported that Facebook has actually hired citizens of the PRC to help with its censoring.

Meanwhile, Facebook’s March 3 announcement that it would resume accepting American political advertisements was treated as huge news. Why? Because it was huge news. Facebook is the single most important media company in America today, and so of course politicians are happy to pay to be seen on its platform.

Yet still, does Facebook really deserve to be considered as a country? One who might secretly agree with that level of exaltedness for Facebook is its founder and CEO, Mark Zuckerberg. He’s always thought big—bigger, even, than countries.

Indeed, back in 2018, Virgil took note of the many similarities between Zuckerberg and Augustus Caesar, the first Roman emperor. More precisely, Virgil noted the many ways—starting with Zuck’s overtly Augustan haircut—that Zuckerberg has manifestly sought to model himself after that ancient empire-builder.  (We can add that Zuckerberg is hardly the only Big Tech type with grandiose ambitions; just on March 15 we learned that Tesla founder Elon Musk has changed his title at the company to “Techno King.”) 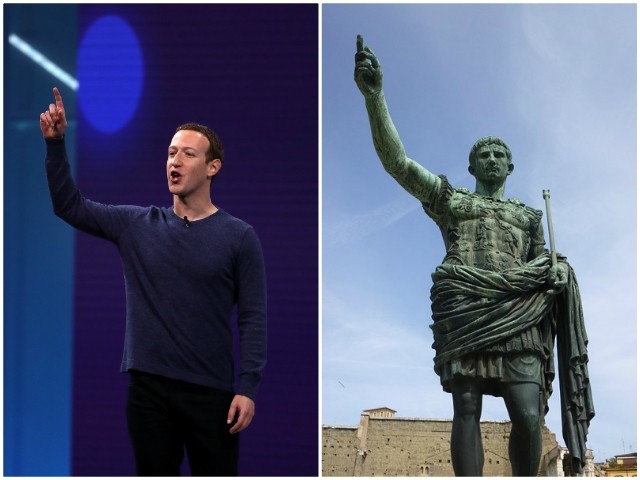 Indeed, Zuckerberg and Facebook have been fashioning themselves into some sort of world state.  Just last month, The New Yorker magazine published a 7,500-word article, headlined, “Inside the Making of Facebook’s Supreme Court.” As the piece detailed, Facebook has spent more than $100 million to create its own planetary governing body, formally known as the Oversight Board, aimed at adjudicating questions of content and censorship. The board, studded with dozens of liberal worthies from around the world, is currently studying the Trump censorship case.

The New Yorker article was mostly sympathetic to Facebook’s international institution-building effort, and yet it quoted Eugene Volokh, a law professor at UCLA, giving this warning: “The fifth most valuable corporation in the U.S., worth over seven hundred billion dollars, a near monopoly in its market niche, has restricted a political figure’s speech to his thirty million followers … it’s a remarkable power for any entity, public or private, to have.”

So can Facebook succeed in its version of a New World Order? Or even of a New Imperial Order? Given its phenomenal success over the last two decades, it’s risky to dismiss its chances, and yet history is full of phenoms that ultimately fell short.

Empires Rise, But They Also Fall—and They Can Also Be Regulated

Without a doubt, Facebook is riding high. Its stock price has increased by more than a third in the last year, such that Zuckerberg himself is worth almost $100 billion. And yet still, empires fall. The once-grand imperial project turns to dust, as the poet Shelley described in his famous poem, Ozymandias.

And the same holds true for American business empires. Zuckerberg is not the first corporate-empire builder.  In 1936, for instance, Forbes magazine told its readers, “Do not think of the Pennsylvania Railroad as a business enterprise. Think of it as a nation.” At the time, “Pennsy” had several hundred thousand employees, operating not only railroads, but also shipping lines and even hotels. Yet in 1970, it filed for bankruptcy. 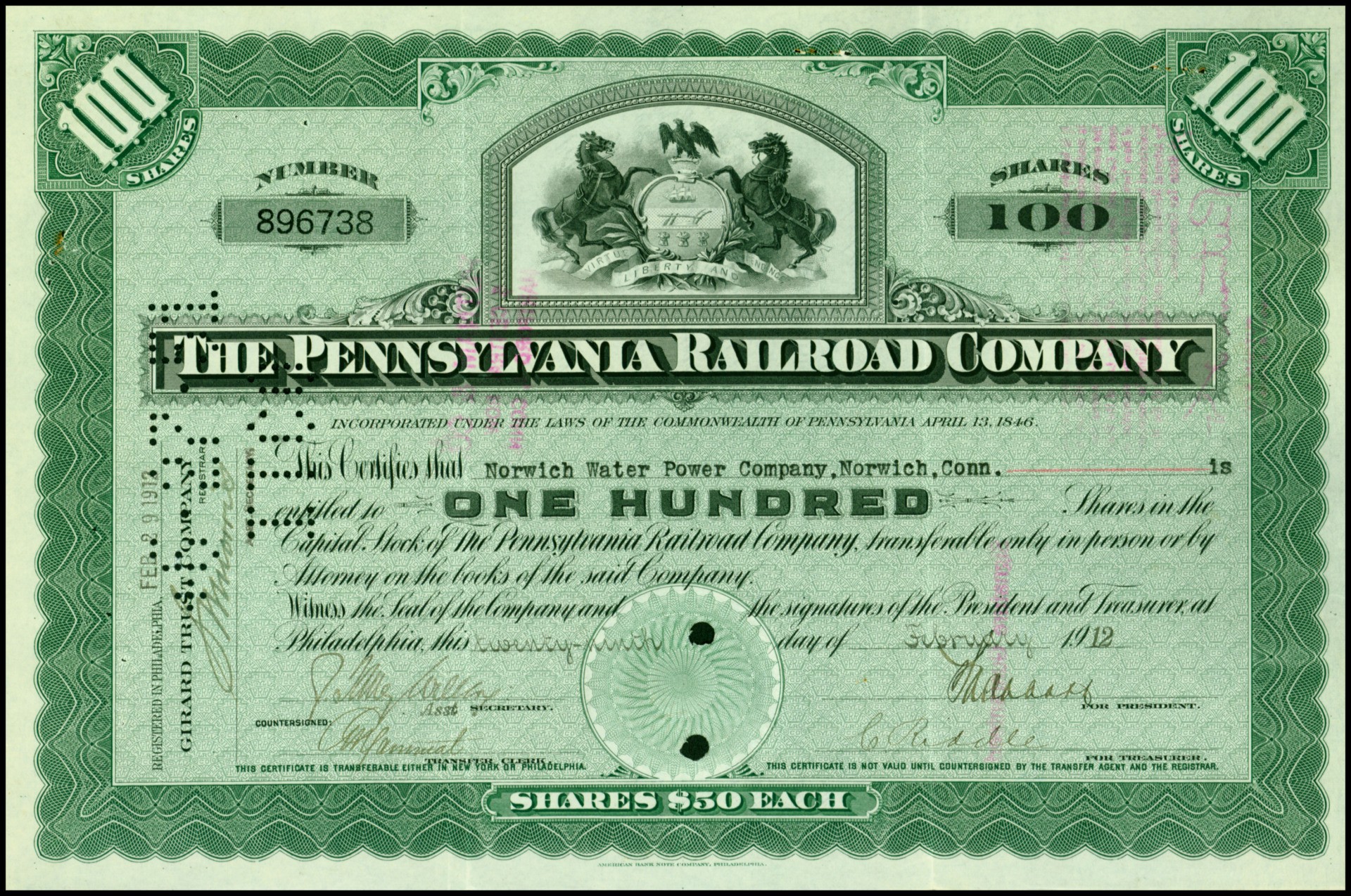 Or we might consider another once-huge company, International Telephone & Telegraph (ITT).  In 1973, a book entitled The Sovereign State of ITT became a best-seller, and yet within a few decades, it had sold off its telecommunications assets and now has mostly faded away.

Interestingly, in the 1980s, the nation of Japan was so economically powerful—and so dominated by its industrial-export sector—that it was known as Japan, Inc. Japan is still a rich country, and yet it has now been eclipsed, mostly by China.

Once again, no empire, no greatness, is permanent. Today, in fact, as we are now seeing, Facebook itself isn’t so all-powerful.

The flashpoint—that moment of imperial overreach for the company—came in February when Facebook attempted to steamroll the nation of Australia. And yet the Aussies weren’t flattened, they fought back.

Specifically, the Australians did something so simple that Americans, too, could do it: They passed a law ordering Facebook to pay Australian media companies for using their content. That law, the News Media Bargaining Code, requires Big Tech companies to write checks to media companies.

In other words, Australians asserted their sovereignty, and Facebook, for all its pretensions of world-girdling power, was forced to fold its cards. As American tech activist Jason Kint tweeted, “Mark Zuckerberg finally lost something.  Badly.”

Mark Zuckerberg finally lost something. Badly. No matter how Campbell Brown, Nick Clegg and friends attempt to spin it.

Indeed, headlines around the world called it “a turning point” in relations between Facebook, on the one hand, and nations and their media, on the other hand.  The Sydney Morning Herald suggested a “domino effect,” explaining, “The Australian legislation could serve as a global benchmark for how to force tech titans to the negotiating table and pay the traditional media for their news content.”

Some critics insist that Facebook got off cheap, and yet undeniably, Facebook will now be paying some $1 billion to the Australian news industry over the next three years—and while there are devils in those details, $1 billion is nevertheless a lot of money.

Moreover, as The Verge explained, Facebook’s commitment “matches the one Google made in October of last year, when the search giant announced it would start paying publishers to create specialized versions of stories and other forms of news content for its Google News Showcase platform.”

The lesson to be learned: Australia did nothing that the U.S. couldn’t do. Indeed, there are signs that Uncle Sam, after decades of getting rolled by Big Tech, is now finally punching back. In fact, the punchback is bipartisan, which makes it all the stronger. 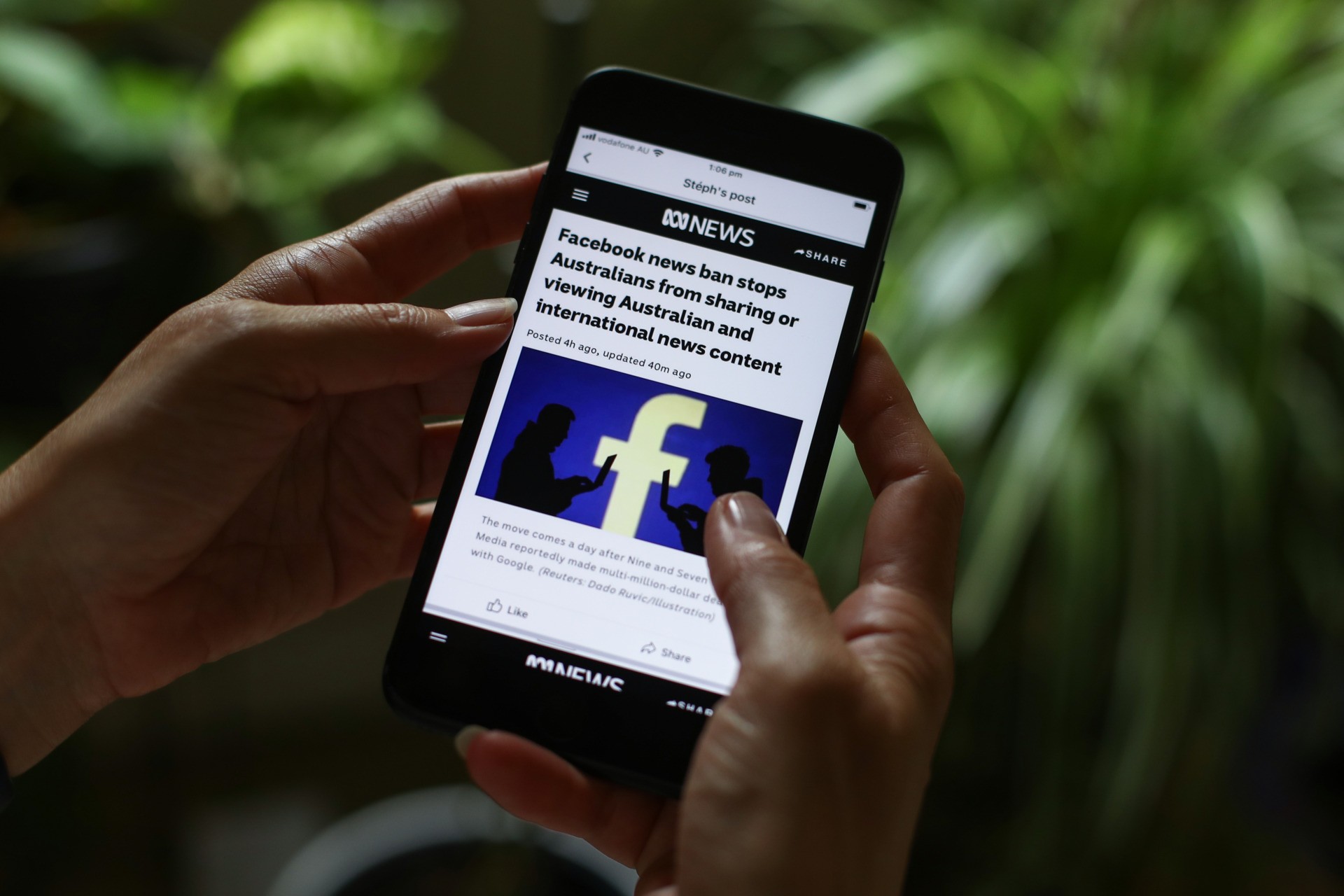 In this photo illustration ABC News reports on Facebook’s news ban on Australian and International content on February 18, 2021 in Sydney, Australia. Facebook has banned publishers and users in Australia from posting it sharing news content as the Australian government prepares to pass laws that will require social media companies to pay news publishers for sharing using content on their platforms. (Brendon Thorne/Getty Images)

Rep. David Cicilline (D-RI), chairman of the House subcommittee on antitrust, tweeted on February 17, “Facebook is not compatible with democracy.” Cicilline, by the way, is the author of a scathing report released last year on Facebook and Big Tech. So the Democrats, now in charge of Congress, finally seem determined to break from their Obama-era tech-cronyism.

Meanwhile, speaking for the other side of the aisle, Sen. Josh Hawley of Missouri said to CPAC on February 26, “The Republican Party, once upon a time we were the party of trustbusters. We invented the concept. It’s time to reclaim that legacy.”

Hawley was referring, of course, to anti-trust action, as championed more than a century ago by President Theodore Roosevelt. Interestingly, back in 2008, Hawley wrote an admiring book about TR.

Indeed, the first few decades of the 20th century saw the giant industries of that era—oil, railroads, banking, finance—brought to heel, and America as a result was made healthier and stronger. After all, this country is best off when Main Street is robust, not just Wall Street.

Here in the 21st century, we’ve gotten a late start on regulating the giant industries of our time, and yet we can still bring Big Tech to heel.  If Australians can do it, so can Americans.

In the meantime, Zuckerberg, alongside other Tech Lords, appeared (remotely) on Capitol Hill on March 25, answering questions from ever more skeptical and quizzical lawmakers.  And while Zuckerberg never shines in such appearances, he never seems to be hurt, either; sample MSM headline: “Facebook CEO Mark Zuckerberg ducks questions on internal warnings about polarization, divisiveness.”

Still, over the long run, it’s likely that Facebook will face more regulation. As Rep. Jan Schakowski (D-IL), the chair of the House subcommittee that held the hearing, said afterward, “We’re going to regulate. We’re going to legislate.”

And yet the globe-girdling social network has so much embedded power and momentum that it will likely do just fine in the future; for instance, if Facebook can work with the Democrats to put the focus on heavy content-moderation, it can create a barrier against smaller rivals, which won’t be able to afford such content-moderation.

In fact, speaking of Democrats, the Biden administration’s new trade chief, Katherine Tai, announced just on March 26 that the U.S. government would be imposing tariffs on countries that added taxes to big U.S. digital firms, including Facebook. So we can see, as often as not, Uncle Sam is still siding with Zuckerberg and his fellow Tech Lords.

And so while Facebook may never achieve the full plenitude of Zuckerberg’s imperial ambitions, it will likely find a secure place within the new world order known as The Great Reset.

Indeed, speaking of this Reset,  on March 23, the U.S. Federal Reserve established a Financial Stability Climate Committee to “assess and address climate-related risks to financial stability.”  This new body will work closely with the larger, international Network of Central Banks and Supervisors for Greening the Financial System, which Virgil wrote about in January. Together, these groups will help green your future, like it or not.

Of course, most Americans have never heard of The Great Reset, or any of these green financial bodies, which no electorate has ever voted for.  And that’s exactly what the Resetters are counting on.