A secretive program called Pegasus, manufactured by Israeli surveillance company NSO group, has allegedly been used to infect the smartphones of government officials, business executives, activists, and journalists, according to an investigation by 16 media organizations including PBS Frontline, the Guardian, Haaretz, and the Washington Post.

According to security experts at Amnesty International who worked with the media organizations, Pegasus works by infecting phones with spyware via vulnerabilities in common apps, or by getting the target to click on an infected link.

Once infected, the Pegasus operator may access the target’s text messages, call logs, GPS data, photos and emails, and secretly activate the phone’s camera and microphone.

The investigation found an alleged 50,000 phone numbers that have been identified as persons of interest by clients of Pegasus, which is allegedly used by officials in Mexico, Morocco, Kazakhstan, the United Arab Emirates, among other countries.

The Guardian notes that not all phone numbers identified as belonging to persons of interest were infected with spyware:

It is not possible to know without forensic analysis whether the phone of someone whose number appears in the data was actually targeted by a government or whether it was successfully hacked with NSO’s spyware. But when our technical partner, Amnesty International’s Security Lab, conducted forensic analysis on dozens of iPhones that belonged to potential targets at the time they were selected, they found evidence of Pegasus activity in more than half.

While the Guardian, for example, has published more than a dozen stories about Pegasus, stories about the Carlson NSA surveillance allegations appear to be completely absent from its website, according to Google searches. 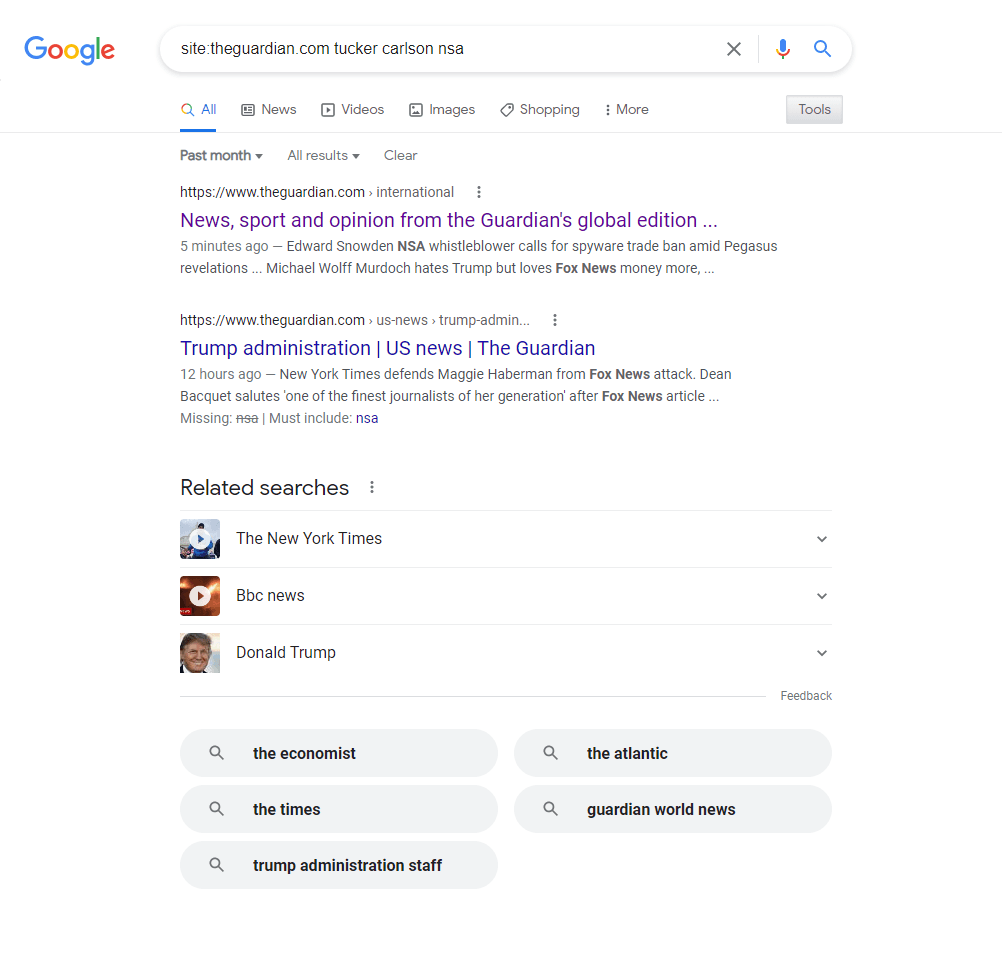