Students interviewed on the campus of the University of Florida appeared to overwhelmingly support racial diversity quotas in college admissions and hiring for the workplace — but when asked if they support diversity quotas in college football, the students suddenly disagreed. One student pointed out “just let the skill shine, and whoever’s the best player deserves to be on the team.”

“I think it’s an absolute necessity,” said one student in response to Campus Reform reporter Ophelie Jacobson’s question about whether schools and the workplace should have diversity quotas.

“Absolutely, there should be more diversity in every single field,” another student said, echoing the sentiments of the majority of students who answered the question.

But when Jacobson asked the students if they believed “college sports teams” should have diversity quotas, most of the students disagreed, stressing that it is important to prioritize “skill” above all else when you want to “win.” 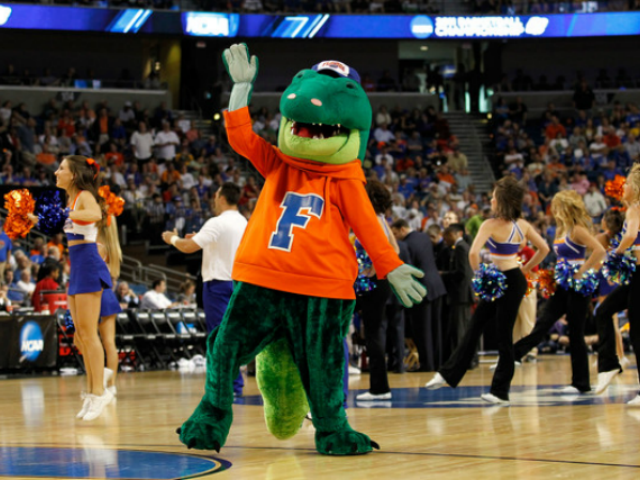 “No, I think that should be skill-based,” one student said.

“Same thing, we want to win, no matter, like, what you are,” another answered.

“I feel like it should be based off talent, [sports] is something that’s a little bit different,” a third student said.

“With sports, it’s definitely more, like, more emphasis placed on ability,” another replied.

“College sports is, like, about getting the best players for your team, and I don’t think we should focus on which race or ethnicity to get,” another student answered.

“A diversity quota for any sports team — it doesn’t make much sense,” another said. “It should be based on skill.”

Another student suggested the novel idea to “just let the skill shine, and whoever’s the best player deserves to be on the team.”

Jacobson then showed students what the Florida Gators’ offensive lineup would look like if the team implemented diversity quotas based on student population demographics.

Adhering to a diversity quota in this case would mean that several black players would have to be removed in order to make room for white and Asian football players. Students did not find this fair.

“I see nothing wrong with the current roster right now,” another answered. “I think it’s perfectly fine. If they’re the best players fit for the job, then they deserve the spot.”

Several students admitted that looking at this example made them change their mind about diversity quotas.