A 7-year-old girl in Palm Beach County, Florida, has been suspended for a total of 36 days, received multiple in-school disciplinary actions, and may now have to repeat the second grade for refusing to comply with the school district’s mask mandate.

The second-grade student, Fiona, is described by her mother Bailey Lashells as a typical child who enjoys arts and crafts, drawing, and making jewelry, has “changed her priorities a bit” in the wake of “tyranny,” which has resulted in “lawless mandates” implemented during the coronavirus pandemic, Lashells told the Tampa Free Press. 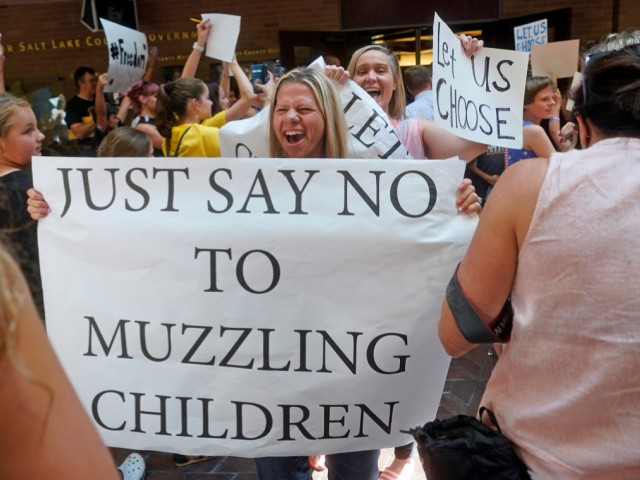 In this Thursday, Aug. 12, 2021 file photo, people celebrate after the Salt Lake County Council voted to overturn a school mask order for kids under the age of 12 issued earlier in the week by the county’s top health official. (AP Photo/Rick Bowmer) 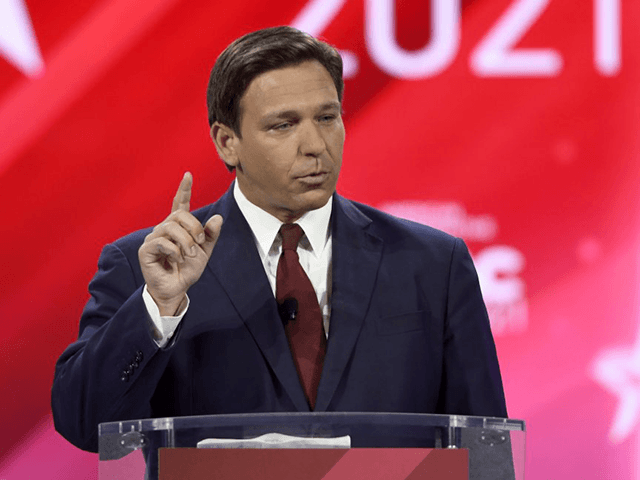 “Fiona has changed her priorities a bit and is on a mission to take back, not only her rights but every American child’s constitutional rights from the tyrant school board being operated by a financial expert who has no knowledge of how to safely and effectively run the 10th largest school district in America,” Lashells said.

Fiona served her first punishment on August 31, when the school forced her to eat lunch alone in an office hallway, reports the Free Press.

Regardless of being continuously punished ever since, the young girl “has been steadfast in her unwavering decision to not back down to tyranny and lunacy vowing to do everything she can for every child going [through] these lawless mandates,” her mother says.

“Fiona is a strong-minded and fearless young girl who was ready to conquer the world at 7,” the mother added.

Fiona told the Tampa Free Press in a since-removed YouTube video that she refuses to wear a mask because it “could make you sick,” reported Fox News.

In July, Florida Gov. Ron DeSantis (R) signed a law banning schools from requiring students to wear masks. The governor has defended this move by affirming his belief that parents — not the government — should make decisions about their children’s health and safety, particularly with regards to wearing masks in school.

DeSantis reacted to Fiona’s suspension, telling Fox News that it was “totally unacceptable,” and called out school board members who “cavort around maskless” while forcing students to wear them.

“They’re not following Florida law,” DeSantis said. “The school board members who defy Florida law, a lot of them cavort around maskless all the time in situations where they’re requiring Fiona to do it.”