A high school in Texas is reportedly removing its restroom doors due to safety concerns in response to drug use and other “significant behavioral events” that have occurred this year.

The Austin Independent School District (Austin ISD) says the doors have been removed from bathroom entrances at Travis Early College High School, according to a report by CBS Austin.

Travis Early College High School principal Christina Steele Hantgin reportedly sent a letter to parents saying that the “bathroom doors were unsafe,” as evidenced by “student incidents,” and that the decision to remove the restroom doors “was not taken lightly.” 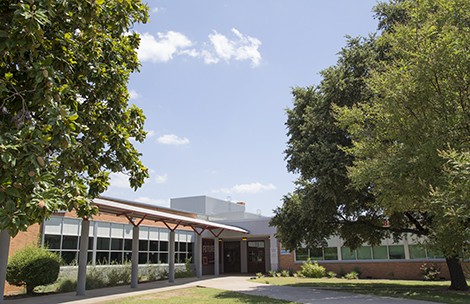 “We have had multiple significant behavioral events along with other student code of conduct violations that have taken place in our restrooms already this year,” the principal said. “Our bathrooms were unsafe and student incidents are evidence of this.”

Hantgin added that the vast majority of drug offenses at the school this year had taken place in the restrooms.

“Ninety percent of our drug offenses this year have taken place in the restrooms,” she said. “I believe part of creating a safe environment for students involves being proactive and supporting them to make better decisions.”

The principal also admitted that she could have done a better job communicating her plans, stating, “I understand that there is some discomfort caused by the loss of some privacy and my lack of communication did not help.”

“More transparency would have been best,” Hantgin added. “I want to offer my sincere apology and I hope this communication will clarify any concerns and share some of our future plans.”

Hantgin insisted that “Removing the doors is one of many strategies we are planning or implementing to keep our campus a safe learning environment.”

The principal says that no questionable incidents have occurred in the restrooms since the doors were removed.