Microsoft will acquire Activision Blizzard, the largest video games company in Europe and North America that launched hit titles like World of Warcraft, Call of Duty, and Overwatch, in a deal that values the embattled game developer at $68.7 billion.

The CEO of Microsoft, Satya Nadella, said the acquisition “will play a key role in the development of metaverse platforms,” a sign that the tech company wants to compete with Facebook’s new emphasis on the metaverse. 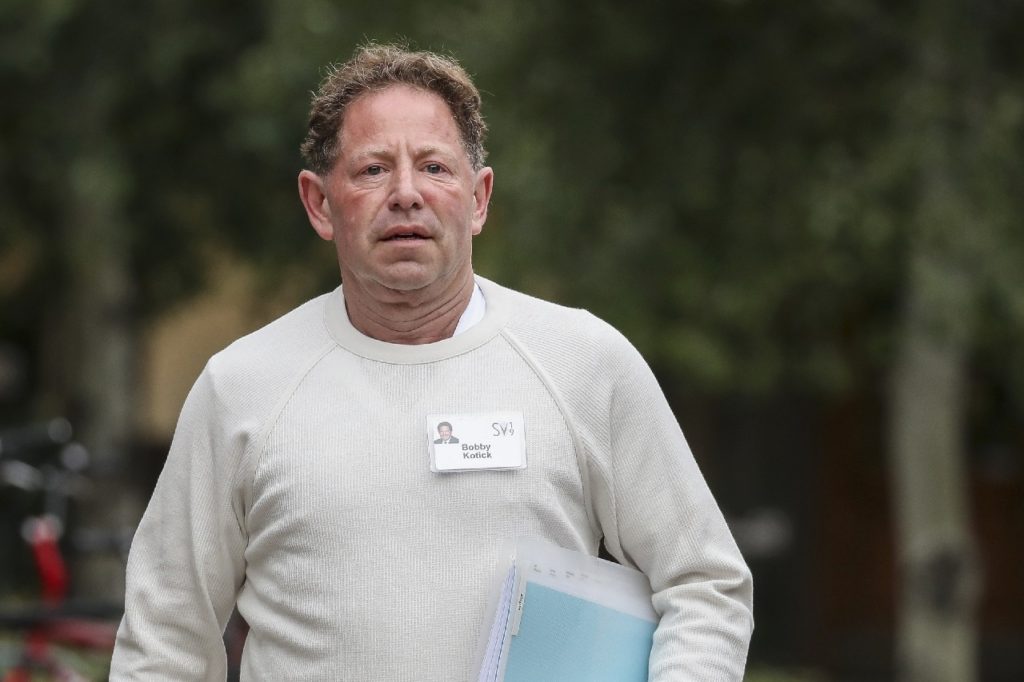 Bobby Kotick, CEO of Activision Blizzard, has defended his handling of harassment complaints, as some employees staged a walkout calling for him to go (AFP)

Microsoft is acquiring Activision, the troubled publisher of Call of Duty, World of Warcraft, and Diablo. The deal will value Activision at $68.7 billion, far in excess of the $26 billion Microsoft paid to acquire LinkedIn in 2016. It’s Microsoft’s biggest push into gaming, and the company says it will be the “third-largest gaming company by revenue, behind Tencent and Sony” once the deal closes.

Microsoft plans to add many of Activision’s games to Xbox Game Pass once the deal closes. With the acquisition of Activision, Microsoft will soon publish franchises like Warcraft, Diablo, Overwatch, Call of Duty, and Candy Crush. “Upon close, we will offer as many Activision Blizzard games as we can within Xbox Game Pass and PC Game Pass, both new titles and games from Activision Blizzard’s incredible catalog,” says Microsoft’s CEO of gaming Phil Spencer.

Microsoft has been heavily involved in the video gamesA industry for some time, most notably through its Xbox line of video game consoles, the first of which launched in November 2001. Cortana, Microsoft’s AI virtual assistant, is named after a character from the Halo video game series, which was first released exclusively on the Xbox.

Nadella told the press that the deal heralded “a new era of gaming that puts players and creators first and makes gaming safe, inclusive and accessible to all.”

Activision Blizzard recently fired dozens of employees over widespread allegations of harassment that have tarnished the company’s image over the last few months.