Turning Point USA founder Charlie Kirk and Illinois students hosted a rally with a standing room only crowd of 1,200 people in attendance on Wednesday night in Chicago, protesting against forced masking that has been implemented in schools in response to the Chinese coronavirus.

“We know it’s not about public health. We know it’s about control,” Kirk said on Wednesday evening at the Arcada Theatre in the Chicago suburb of St. Charles, where he, Chicago-area students, and TPUSA activists gathered in protest of forced masks. Kirk spoke to a standing room only crowd of more than 1,200 people after 5,000 tickets were reserved for the event. 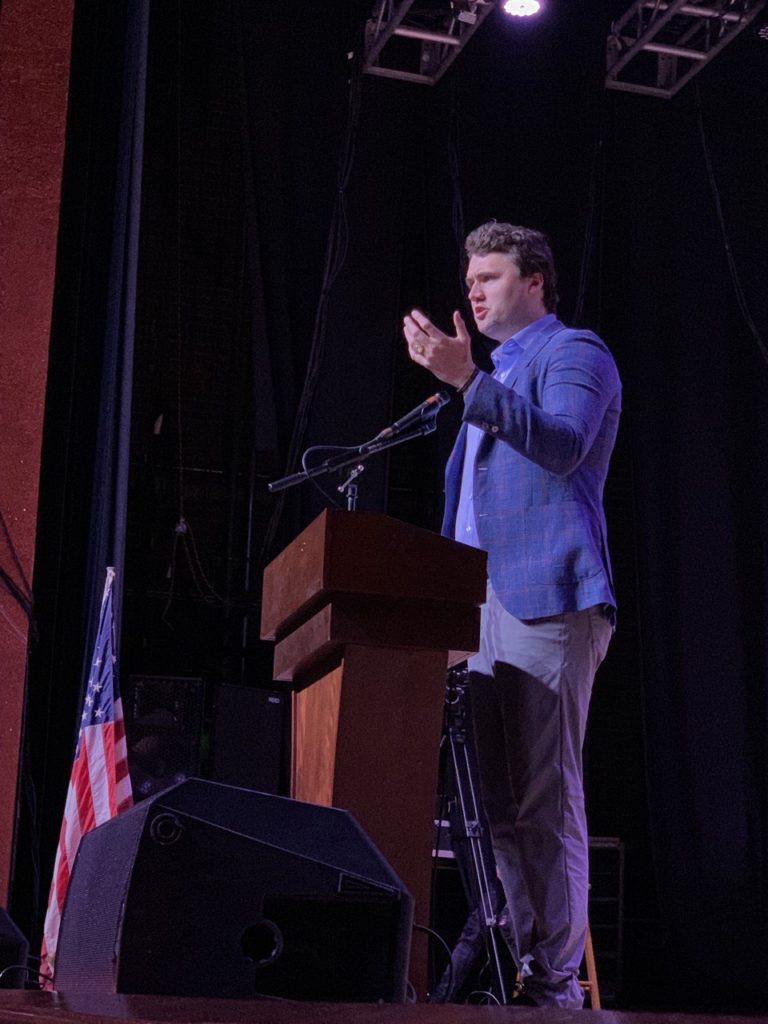 Watch LIVE and DON'T miss Charlie Kirk, TPUSA student activists, and countless of other TPUSA supporters rally against the left—and fight for freedom!

Local students also took to the stage, to express their dismay of forced mask mandates.

“Across Illinois, we have seen videos of maskless students being brought into auditoriums, small office spaces, for hours at a time,” TPUSA chapter leader Peter Christos said.

“If more of us had stood up, we may have not have been in the situation that we are in now,” the student added.

A second student, TPUSA chapter leader Samuel Phillips, said, “At my school last Tuesday, around 50 of us refused to wear a mask, and our school decided to segregate us into the auditorium, not letting us get our education until we put on a face muzzle.”

Phillips added that the students responded by organizing a walkout “to fight for a student’s right to breathe.”

“March 16, 2020, to think, all of us students were so excited for our two weeks off of school,” Leslie Mendoza, a third student and TPUSA chapter leader said. “Guys, they played us.”

“Kids laid in their beds, laid in their rooms in whatever makeshift classroom they made around their house, behind a screen for two years,” she said.

“And I can assure all of you, we didn’t learn a single thing,” Mendoza added. “Students were spending more time on their phones and computers scrolling through Instagram or Snapchat for hours a day, so that they could stay safe from a sickness that they had a 99.9 percent chance of surviving.”

Many have been pointing out the hypocritical behavior of politicians and elite members of Hollywood, who are seen freely mingling amongst one another while students are forced to wear masks in schools. 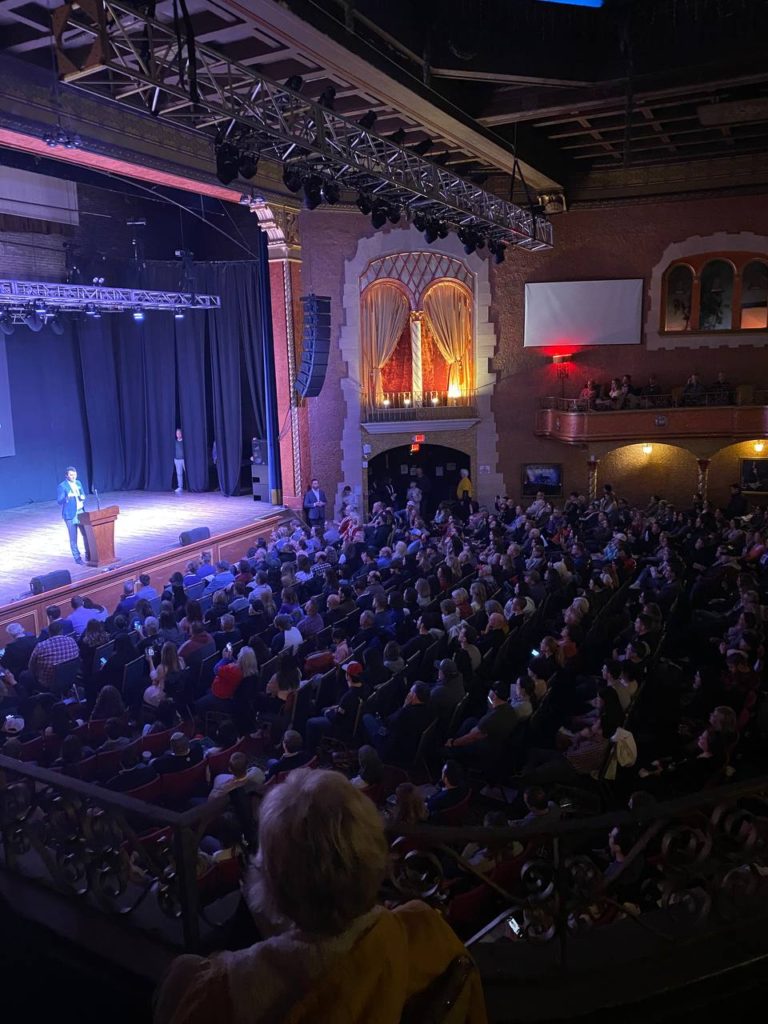 Kirk told Breitbart News, “It’s a powerful thing when local communities get together to protest an injustice. The theater was packed and standing room only, and every person in that room was united to stop our leaders from abusing America’s children any longer.”

“This country will only get better when we change it from the inside out,” Kirk added. “The citizen is rising, and tyrants like [Illinois governor] J.B. Pritzker are finally having their power challenged.”

“Tyrants be warned,” the TPUSA founder said. “We are taking back our country at the grassroots level.”