Breitbart News recently reported that Elon Musk said in a tweet that he had visited Apple headquarters and spoken with CEO Tim Cook. This meeting comes days after Musk accused Apple last week of threatening to remove the Twitter app from the iOS App Store and posted then deleted a meme that suggested he would “go to war” before paying Apple’s 30 percent in-app purchase fee. 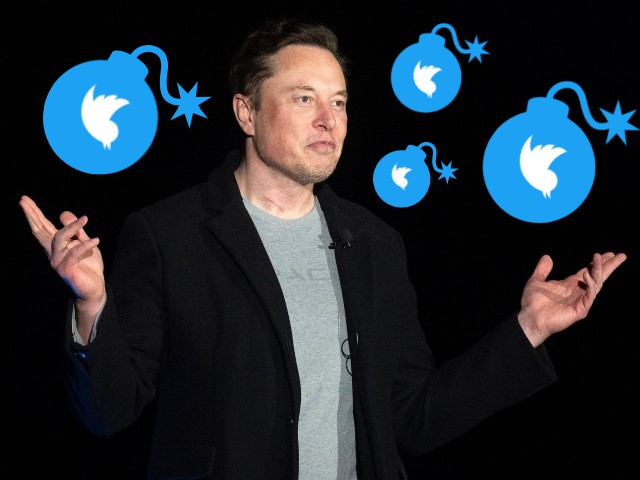 Musk tweeted: “Good conversation. Among other things, we resolved the misunderstanding about Twitter potentially being removed from the App Store. Tim was clear that Apple never considered doing so.” Musk further posted a video of a reflecting pool at the center of Apple Park in Cupertino, California, showing that he had visited the company.

Now Engadget reports that Musk has said that Apple has “fully resumed” advertising on the platform. Musk made the comments during a Twitter Spaces conversation that was broadcast from his private plane on Saturday.

Amazon has also reportedly resumed plans to advertise on the platform, with Platformer reporting that the company has committed to spending approximately $100 million per year, “pending some security tweaks.” However, a source told Reuters that Amazon never actually stopped advertising on Twitter. It was recently reported by the New York Times that Twitter only made 20 percent of the ad revenue it expected during the first week of the World Cup in Qatar.

Breitbart News has reported extensively on Twitter’s ad troubles since Musk took over. In November, one of the world’s top ad firms suggested clients “pause” advertisements on the platform.

Interpublic Group, also known as IPG, one of the world’s top advertising firms, has advised a pause on Twitter ads, in an early signal of the corporate blacklisting Elon Musk is likely to face if he restores free speech on the platform.

IPG’s clients include some of the world’s biggest companies, including Coca Cola, Johnson & Johnson, American Express, Mattel, and Levi Strauss.

In an email to clients, IPG warned that “the current situation [at Twitter] is unpredictable and chaotic, and bad actors and unsafe behaviors thrive in such an environment.”

Twitter, said IPG, “has been silent in any direct comms with marketers and agencies.”