In the latest Twitter Files exposé, it was revealed that Twitter shadowbanned accounts to suppress their reach and virality, especially prominent conservatives. There’s just one problem — these tools are almost identical to Elon Musk’s current policy of “freedom of speech, not freedom of reach.” Based on Musk’s comments, it seems unlikely any of the freshly exposed tools are going to be dropped from the platform, leaving Americans seeking free speech at the mercy of nebulous terms like “hate speech.”

Forbes reports that according to former New York Times columnist Bari Weiss, Twitter created “secret blacklists” and conducted a covert operation to reduce the visibility of certain tweets, accounts, and topics. This information comes from the second round of Elon Musk’s “Twitter Files,” which were released on Thursday. These practices, reported on for many years by Breitbart News, are just now being proven true with the release of insider information from the left-wing company. 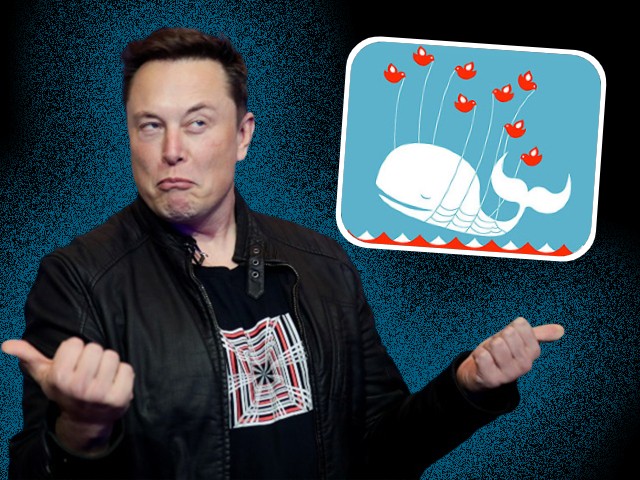 Many have also noted that Twitter’s previous moderation actions mirror Musk’s own Twitter policy of “freedom of speech, not freedom of reach,” meaning that the platform will continue to shadowban and reduce the reach of certain users and posts. In fact, Musk has bragged about lowering the impressions of tweets containing “hate speech,” likely using the exact tools described in the Twitter Files. “Hate speech” is a word seemingly described differently by every person asked, for example, former Twitter leadership banned women under the hate speech policy for saying that men cannot be women.

False, hate speech impressions are actually down by 1/3 for Twitter now vs prior to acquisition @CommunityNotes

Twitter employees allegedly blacklisted a number of accounts, including Stanford health policy professor Jay Bhattacharya, conservative figures Dan Bongino and Charlie Kirk, and the controversial right-wing TikTok account “Libs of TikTok,” according to Weiss. These are just a few examples of what was clearly a common moderation practice for the leftist anti-Trump platform.

It is unclear why the accounts were blacklisted and who made the final decision to throttle them, but according to internal documents, the Strategic Response Team – Global Escalation Team (SRT-GET) often handles up to 200 cases per day.

Twitter’s downranking efforts, characterized by Weiss as secretive and nefarious acts of censorship, resemble Musk’s own moderation policies for the platform. When Musk took over the platform he promised that the social media site would be one focused on free speech. But in a tweet he has since deleted following significant criticism, Musk says that the “new” Twitter policy is “freedom of speech, but not freedom of reach.”

Bari Weiss is literally in the middle of a breathless "Twitter Files" thread describing Twitter implementing the exact policy that Elon Musk said he was going to institute three weeks ago. pic.twitter.com/3QVGthTIXt

On Thursday night, Elon Musk announced that Twitter is working on a new software update that will allow users to see if they have been shadow banned, the reason for the ban, and how to appeal. The update will also show tweet view counts, similar to how video view counts are currently displayed on the platform. This is an explicit acknowledgment that shadowbanning, search blacklisting, and other techniques are here to stay. Conservatives are left hoping that their enforcement is applied equally regardless of politics, an idea that can’t be taken for granted because Elon Musk will not always be around to micromanage the entire company, which is likely to have the same leftist Silicon Valley bent it always had.

Twitter is working on a software update that will show your true account status, so you know clearly if you’ve been shadowbanned, the reason why and how to appeal