The original blueprints for the Auschwitz death camp went on display in late January after being discovered in November 2008. They were found by chance behind a wall in a Berlin apartment during renovation work, yet the exact location of their discovery is being kept secret. No one will say whose apartment it was.

There are numerous bits of evidence, however, that point to a possible location where Hajj Amin al-Husseini, the Grand Mufti of Jerusalem, lived during World War II. And in the course of investigating this, I have found that the Mufti was involved in and may even have created the Final Solution for European Jews – and yet his central participation in the Holocaust has been covered up and forgotten.

The Mufti, whom his nephew Yasser Arafat called “our hero,” is famous for his fanatical Jew-hatred. During World War II, the Mufti lived in Berlin, where he met Hitler and traveled in top Nazi circles (he even stayed in Hitler’s bunker toward the end of the war). Among his close friends was Adolf Eichmann, who is commonly thought to be the architect of the Holocaust. Journalist Maurice Pearlman, author of the 1947 book The Mufti of Jerusalem, said that the Mufti advised Eichmann on the best ways to persecute Jews.

Hitler gave the Mufti a radio station, which al-Husseini used to preach Nazism and genocide in Arabic. In one of his broadcasts, the Mufti exhorted Arabs:

According to the Muslim religion, the defense of your life is a duty which can only be fulfilled by annihilating the Jews. This is your best opportunity to get rid of this dirty race, which has usurped your rights and brought misfortune and destruction on your countries. Kill the Jews, burn their property, destroy their stores, annihilate these base supporters of British imperialism. Your sole hope of salvation lies in annihilating the Jews before they annihilate you.

Al-Husseini practiced what he preached. During the Nuremberg Trials in July 1946, Eichmann’s assistant, Dieter Wisliczeny, testified that Mufti was a central figure in the planning of the genocide of the Jews:

The Grand Mufti has repeatedly suggested to the Nazi authorities – including Hitler, von Ribbentrop and Himmler – the extermination of European Jewry. … The Mufti was one of the initiators of the systematic extermination of European Jewry and had been a collaborator and adviser of Eichmann and Himmler in the execution of this plan… He was one of Eichmann’s best friends and had constantly incited him to accelerate the extermination measures. I heard him say, accompanied by Eichmann, he had visited incognito the gas chambers of Auschwitz.

Wisliczeny also testified that al-Husseini asked Heinrich Himmler to send one of Eichmann’s assistants to Jerusalem once the war was over, to aid the Mufti in “solving the Jewish question in the Middle East.”

And according to the Arab Higher Committee:

In virtually identical letters, the Mufti, in the summer of 1944, approached Germany, Roumania, Bulgaria, and Hungary to speed the extermination of the Jews by sending them to Poland where the Nazi death chambers were located. 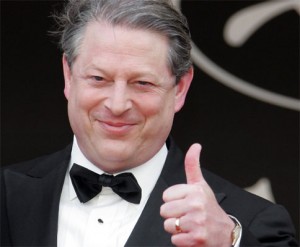 The Mufti successfully demanded that 400,000 Jews who were about to be deported to the Holy Land instead be sent to their deaths. That’s not merely a collaborator, that’s a partner with great influence and power.

Yet after the war the Mufti was not prosecuted. He got off scot-free, and lived comfortably until 1974. Why? And why the cover-up now about in whose apartment were the documents found? Germany does not hide information like this after World War II; why are they hiding this now? The only plausible reason to keep this location secret would be because it would incriminate the Mufti. There are no other reasons. German authorities should come clean.

The denial about the key role that this Muslim leader played in the Holocaust must end. The only difference between Hitler and the Mufti is that Hitler was defeated and punished. The slaughtering Mufti went on to spawn Yasser Arafat, inspire Saddam Hussein, and work to destroy the Jewish homeland and its people.

There is no statute of limitations on genocide. I indict the Mufti and the Muslim world. They were equal partners in mass death. Not only does the ummah not own what they did (let alone, G-d forbid, apologize, as the Germans have done repeatedly), but they are still pursuing the annihilation of the Jews (not to mention all non-believers). Just three weeks ago in Iran, according to the Middle East Media Research Institute, Khamenei’s representative in the Iranian Martyr Foundation said this:

We have manufactured missiles that allow us, when necessary, to replace Israel in its entirety with a big holocaust.

It’s time to tell the truth about the Muslim role in the Holocaust, and their desire to start a new one.