JERUSALEM, Israel — The mainstream media bear “some responsibility” for the deaths of Palestinians at the Gaza boundary this week, because they reward the Hamas terror group for encouraging people to attempt to breach the border.

That’s according to U.S. Ambassador David M. Friedman, who spoke exclusively to Breitbart News on the terrace of the King David Hotel the day after dedicating the new U.S. embassy in Jerusalem. 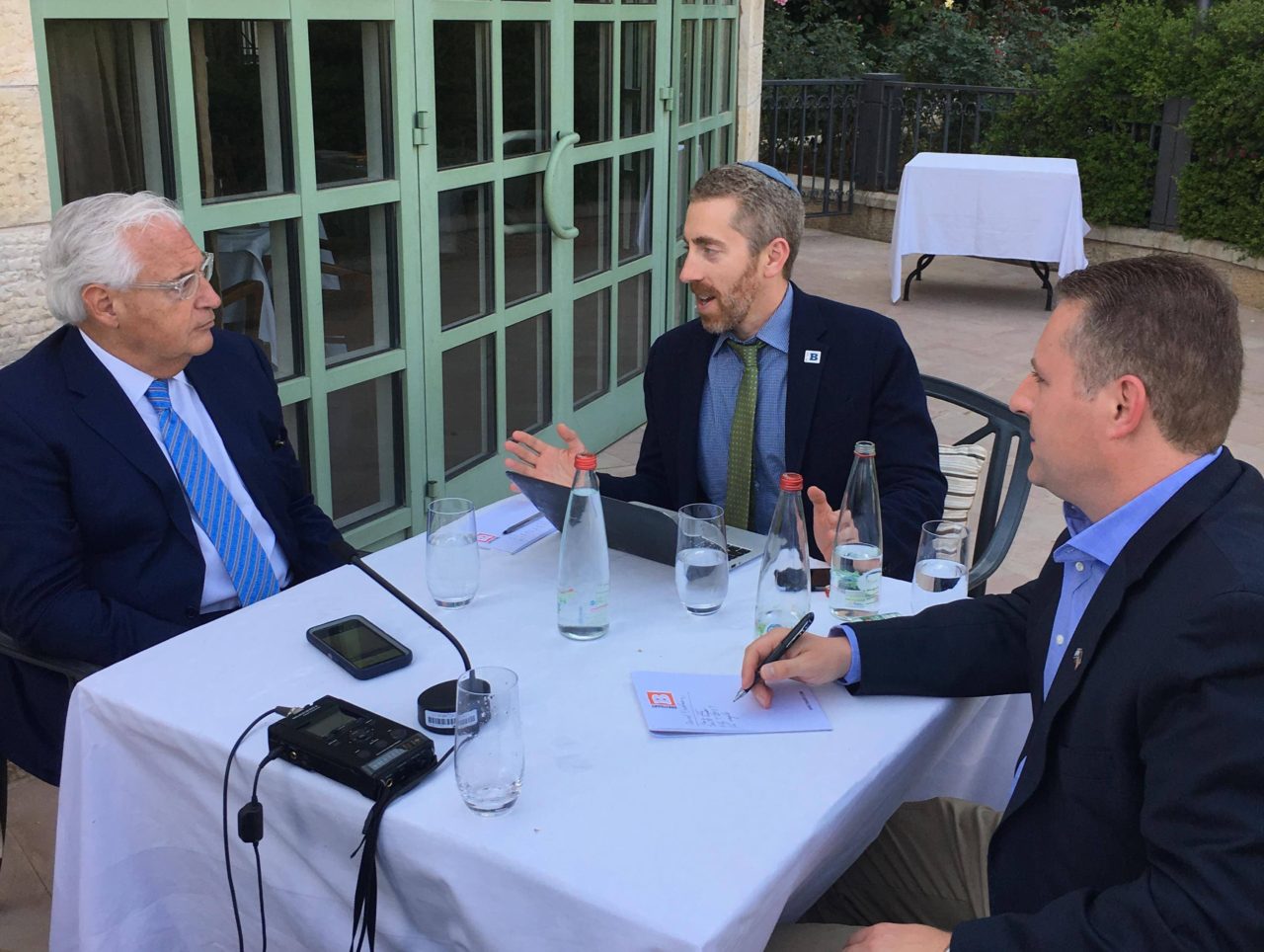 “If I could give a word of advice to the media, if they purport to care so much about the Palestinian cause: this coverage of Palestinians running to the fence, burning tires — it’s the fuel or the lubricant for further malign behavior,” Friedman said.

“Because to me, this is a public relations event.”

He continued: “What I don’t see, oddly enough, are the kites carrying bombs or other explosive devices painted with swastikas that are sent over the border when the wind shifts. I haven’t seen any of that malign activity [in the media]. Even apart from that, there’s a reason why Hamas sends impressionable kids to the front, telling them that the border is safe to cross. They want them to be killed or injured, to make the front page of the paper.”

The media, he said, bore “some responsibility” for encouraging Palestinian deaths by playing along — wittingly or unwittingly — with Hamas’s scheme.

Friedman also pushed back against the mainstream media narrative that the opening of the new embassy caused or provoked the violence in Gaza.

“The facts matter, and 90% of the media yesterday drew a cause and effect relation between the opening of the embassy and the tragedy that occurred in Gaza.

“Hamas will do this for any reason and for no reason. They would have done it, they were planning this independently of the embassy move. And you have people looking at the tragedy … and saying, ‘How could Israel do this?’ and ‘How could you be so insensitive?’

“And there’s a blind spot, a hypocrisy about how this happened. Hamas went and told people the border had been breached and it was clear sailing through to Jerusalem. And they send impressionable 15- and 20-year-old kids to the border … and of course in harm’s way.

“No country in the world would tolerate enemy combatants breaching its border with intention of killing citizens. Israel continues to be judged by a different standard than any other nation in the world,” Friedman said.

Asked why Palestinians in Jerusalem and the West Bank had not rioted, Friedman said that they were not ruled by Hamas and therefore “less prone to manipulation.”

While he said that some grievances among Arab communities were “legitimate,” they were not axioms to commit suicide for a cause.

“Hamas is a level of moral turpitude the likes of which we see in few places in our world, willing to create a massive suicide bomb in the form of tens of thousands of impressionable kinds dying on the altar of extremism,” he said.

Friedman added that he cared “very much” about those who had died.

He continued: “I think the Palestinian people, especially in Gaza, have been incredibly dis-served by their leadership. It’s heartbreaking to me that people are dying because they’re being held hostage by a rogue terrorist regime.”

Hamas spends “dollar after dollar facilitating a theology of hate at the expense of people,” he said, “and that’s heartbreaking to me but not a reason for Israel to open the border and commit suicide.”

Friedman started his term as ambassador exactly one year ago Monday.