The New York Times has removed a section of a story it published in April that falsely reported that a 26-year-old medical intern had died from coronavirus.

The story, titled “I’m an E.R. Doctor in New York. None of Us Will Ever Be the Same. A Covid diary: This is what I saw as the pandemic engulfed our hospitals,” included the story of the young man’s death.

On Tuesday, the Times ran an editor’s note dated May 26, 2020, explaining the error:

An earlier version of this article described an account that circulated among doctors in April about a 26-year-old medical resident training in New York who was said to have died of Covid-19 in a New York City hospital. This account was verified with sources involved in the patient’s care, but further reporting after publication revealed that it was apparently a case of mistaken identity. According to a spokeswoman for the American College of Emergency Physicians, a 26-year-old man who died from complications related to coronavirus had the same name as a young medical resident at a different hospital. Health workers involved in the patient’s treatment mistakenly believed that he was a medical resident, but ACEP said it had subsequently confirmed that it was not the same man and that the medical resident with that name was healthy. The reference to that case has been removed from the article.

So remember in April when The NY Times Magazine ran a cover story that was the diary of an ER doctor in NYC—and the piece reported on the death of a 26 year old doctor?

Well, it turns out the doctor didn’t die—or even have covid. pic.twitter.com/3p1iTxZGTm 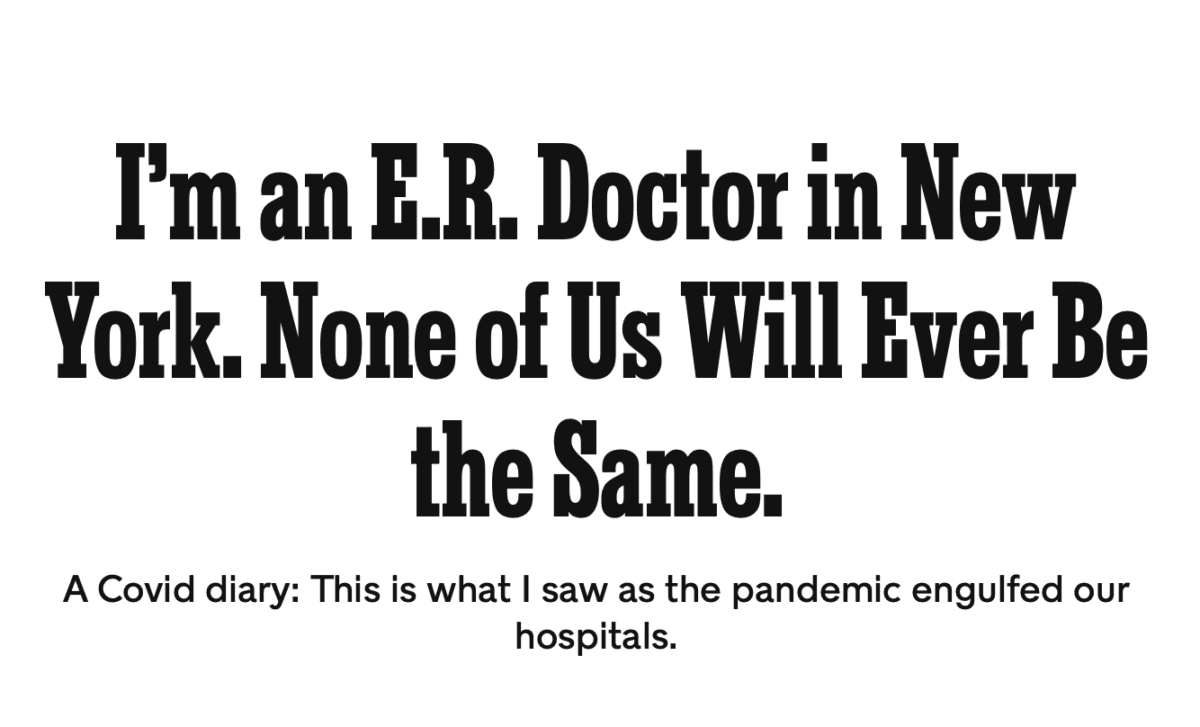