Claim: “The GDP from April through June dropped a staggering 32.9 percent. Put another way, that’s a loss of fully one-third of our output of goods and services as a country.”

The output of goods and services declined 9.5 percent in the April through June period, when measured against the first quarter of 2020 or the year-prior period. The Bureau of Economic Analysis annualizes changes in gross domestic product in its reports, which is why it describes GDP as declining at an annualized rate of 32.9 percent. Williams should have said that U.S. output declined by around one-tenth instead of one-third.

Bonus: In a graphic accompanying Willliams’ accurate report that over 1.4 million Americans filed for initial claims unemployment benefits last week, MSNBC claimed that the total number of filings over the past 19 weeks is 54 million. 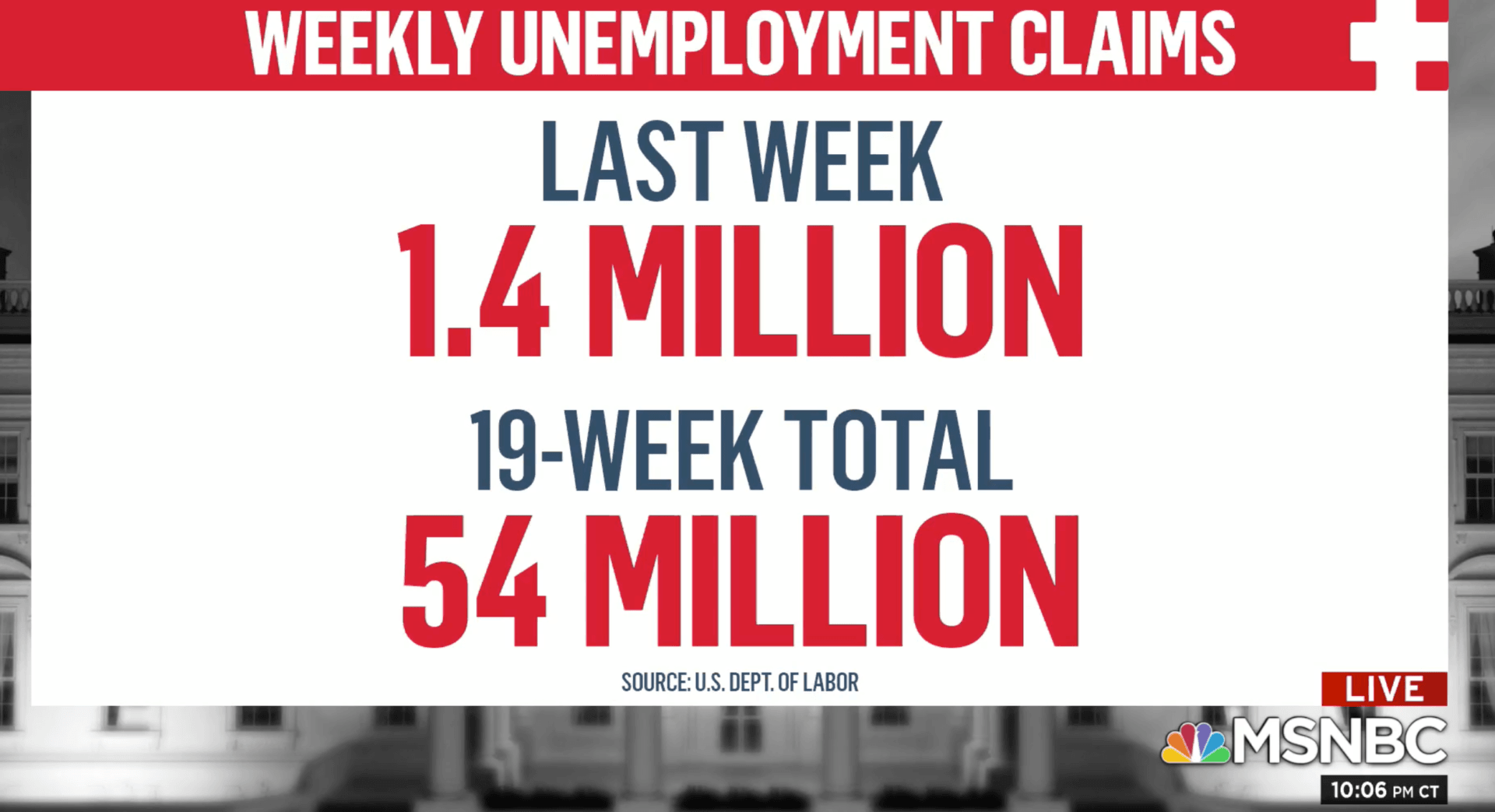 This is misleading. Each week’s claims cannot be added to the claims of prior weeks. Each week some Americans lose their jobs and file for jobless benefits, while others get hired and come off the unemployment roles. So new claims for unemployment benefits do not mean that the total number of unemployed people rise by that amount.

The most recent data show that the total number of workers on unemployment fell despite over a million new claims. State insured unemployment dropped from 17,188,908 in the week ended July 4 to 16,220,937 for the week ended July 11, a decline of 967,971. Including the new programs launched by the federal government during the pandemic and smaller programs run by the the federal government, total unemployment claims fell from 31,804,197 to 30,202,498, a decline of 1,601,699.