Just before the 2020 Democratic primary debate season kicked off, the Democratic National Committee announced its decision to bar Fox News from hosting a primary debate. DNC chair Tom Perez had the audacity to point to “the inappropriate relationship between President Trump, his administration, and Fox News.”

This was laughable at best. Have you ever noticed that the left tends to accuse the right of the very crimes they themselves are most guilty of committing? Those on the left are always keen to point out relationships that exist between politicians, their families, the media, and corporations. Interestingly enough, it’s very rare that they do it themselves. 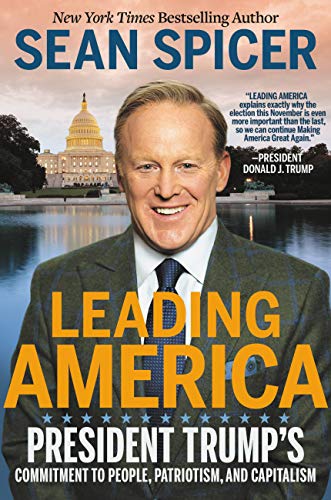 If you listen to many in the media, every politician is supposedly influenced by every donation they take. Most reporters and pundits are quick to point out the connection between a donor, a donation, and a vote passed or an action taken; however, they will swear that their editorials, op-eds, and advertisements have no influence on them. Does anyone actually buy that? Ask your- self this: If you see that some industry or association is buying a $10,000+ ad in the middle of a newsletter or story, wouldn’t you be skeptical of whether or not it has some bearing on current or future topics the outlet will cover? It’s amazing that we’re supposed to assume that politicians have to be corrupt but media outlets are as pure as the driven snow.

The media frequently calls out conflicts of interest with respect to politicians as well as politicians’ families and personal friends. However, they certainly ignore the giant revolving door that exists within their circles. It’s a perfect illustration of “do as I say, not as I do.”

We’re supposed to think it’s cute when CNN’s Chris Cuomo has his brother, New York Democratic governor Andrew Cuomo, on his weeknight show. The relationship between the brothers undoubtedly influences the network’s coverage of Governor Cuomo and the crisis. During the height of the initial COVID-19 outbreak, the younger Cuomo would have his brother on his show almost daily. Rarely did he challenge him on the accusations regarding his brother’s poor handling of the soaring number of deaths in New York’s nursing homes. At one point, Chris even admitted on-air he could not be objective when it came to covering his brother. He was simply amazing. But let’s make sure we are clear, Fox and President Trump have an “inappropriate relationship” but Cuomo on Cuomo is nothing but straight-up news for the very network that defines itself as “the most trusted name in news.”

There are also many former Democratic staffers who now work in the media and others who have long family ties to the Democratic Party.

Stop and think about this for a minute. The very people who are covering the politics of the day have partisan backgrounds. Some are more transparent about their political proclivities than others. Matthews, who was admittedly an opinion host, has always been clear about his Democratic background. But it’s safe to assume that most viewers or readers are not aware of the political bias that goes into so-called unbiased journalism.

Furthermore, there are several other reporters and hosts at mainstream news outlets whose spouses have connections to prominent Democratic figures. One prominent host is married to a former advisor to a Democrat presidential candidate. Another host’s wife has an extensive and ongoing history of raising money for Democrat candidates while a third has a long history of advocating for far left-leaning causes. Do they ever note that conflict? I hope you aren’t surprised when I say no. If you are going to grill a Republican candidate on abortion and your wife has actively lobbied on behalf of organizations that promote abortion, that might be an issue. Or it might be worth noting if your spouse has done fund-raising for a certain guest appearing on your show.

Beyond that, several of these folks have hopped into government. Most people would have no idea that a prominent cable news host was a political appointee in the Obama administration. In his book Unfreedom of the Press, Mark Levin writes, “the Atlantic, a progressive media outlet, reported that there were at least twenty- four journalists who transitioned from media jobs to working in the Obama administration. . . . You would be hard-pressed to find a similar extensive relationship between numerous major media organizations and recent Republican Administrations.”

These are the first people to point out the lack of disclosure and transparency among people in public office, and yet when it comes to their own lives, they look the other way.

Now think back to the fake outrage over Fox News’ supposedly problematic relationship with President Trump. If Fox News is “State TV,” as CNN calls it, what do they call interviewing your own brother and tossing softball questions? Oh yeah, that’s just TV.