The Post published the piece to promote a new Thompson biography. While I haven’t yet read the biography, the Post piece is a total whitewash.

To be clear, there’s plenty to admire about Hunter S. Thompson. I’ve read his early books and read two biographies about the gonzo journalist last year. While I disagree with most of his political beliefs and found his personal behavior off-putting, the work is the work is the work. He should be judged on his work and not on his personal life — which is personal. What happened between him and his two wives and many girlfriends, and his friends and colleagues is between them.

The world’s a complicated place. Things are not always as they seem. The kangaroo court of public opinion should not be pulling the Woke Switch to destroy careers over someone’s personal life.

If they break the law, if due process is involved, that’s entirely different.

But it wasn’t just Thompson’s personal behavior that would have seen him blacklisted by the likes of the Washington Post.  There was also Thompson’s disgust with political correctness, his abiding affection for firearms, and the fact he could be the left’s poster boy for “toxic masculinity.” 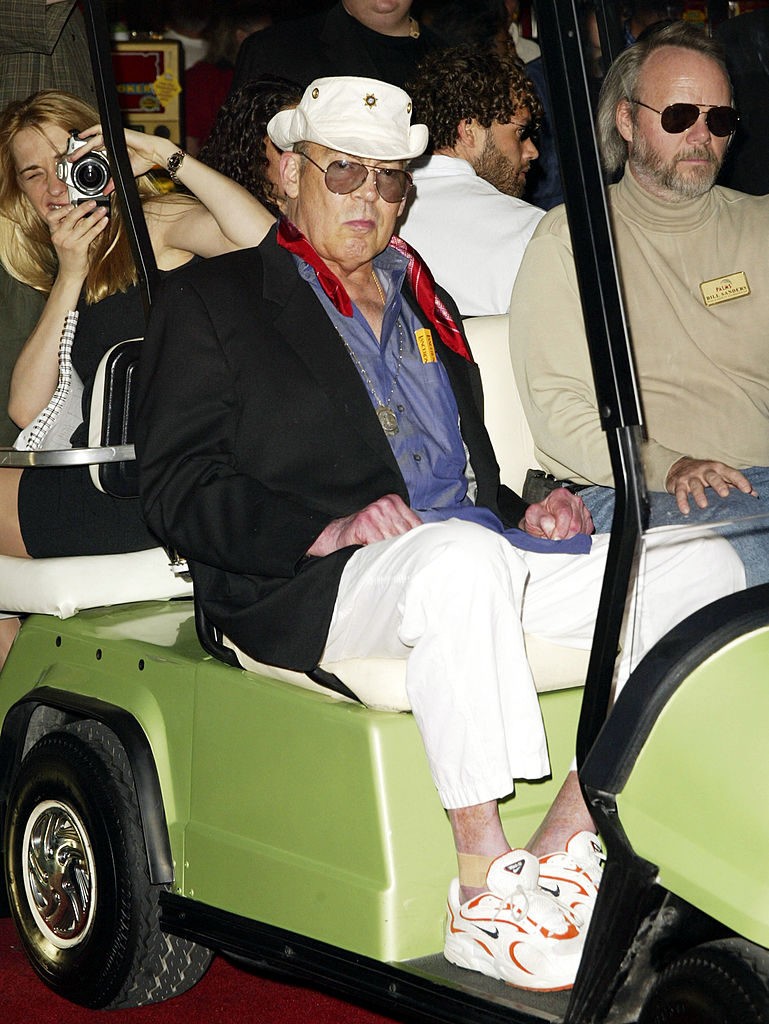 Although he was no racist, Thompson hurled racial slurs like Joe Biden hurls oatmeal when Matlock’s pre-empted.

Here’s what the author of the biography, Peter Davidson, told SF State News:

Given that one of Thompson’s signatures was to write about himself, Richardson says it would be impossible to separate the art from the artist. Thompson’s domestic abuse, misogyny, use of racial slurs, gun fetish and unprofessional workplace conduct are well-documented.

“He was a complicated guy and not always a nice guy. Sometimes a scary guy,” said Richardson, who has taught at SF State since 2006 and has written biographies of The Grateful Dead and journalist Carey McWilliams. “It’s one of those things you learn to do when you write about artists. … You have to read it carefully before you make your judgments. That’s what I tried to do here.”

But the troubling side of Thompson is something the Post had to leave out of its own write-up. To tell the full truth about Thompson would, in the eyes of the Post’s intolerant subscribers, negate everything positive written about him. If the Post included Thompson’s warts, the left-wing outlet would be attacked by its own readers for daring to say anything positive about such a brute. What’s more, the closing paragraphs of the Post piece would be exposed for what it is — laughable:

Perhaps even more mind-boggling: Thompson’s initial note to [Washington Post publisher Philip] Graham is a case study in calumny. “He’s clearly angling for a job covering Latin America, and he does it not only by criticizing the Newsweek’s coverage, calling it an ‘abomination’ and a ‘fraud,’ but Graham himself, and personally, calling him a ‘phony’ who’s ‘overpaid.’”

Had Graham lived, might Thompson have ended up toiling at The Post? Unlikely, says Richardson. “He lost every job he ever managed to land.”

Good heavens, is today’s Washington Post — one of the media’s primary enforcers of Woke Nazism — actually suggesting that a man who hurled racial slurs and who stands accused of domestic abuse, misogyny, and inappropriate workplace behavior, would have been appropriate Washington Post material?

If Thompson didn’t hate Richard Nixon and oppose objectivity in journalism, the Post would have savaged him, not gushed all over him.

Hunter S. Thompson was a fantastic writer, but not for very long. Due to his addictions, which fueled his endless supply of demons, he flamed out after only a few books. Nevertheless, everyone should read Hell’s Angels, Fear and Loathing in Las Vegas, and Fear and Loathing on the Campaign Trail ’72. There’s nothing else like them. Plenty have tried and failed to write gonzo… There was only one Hunter S. Thompson. 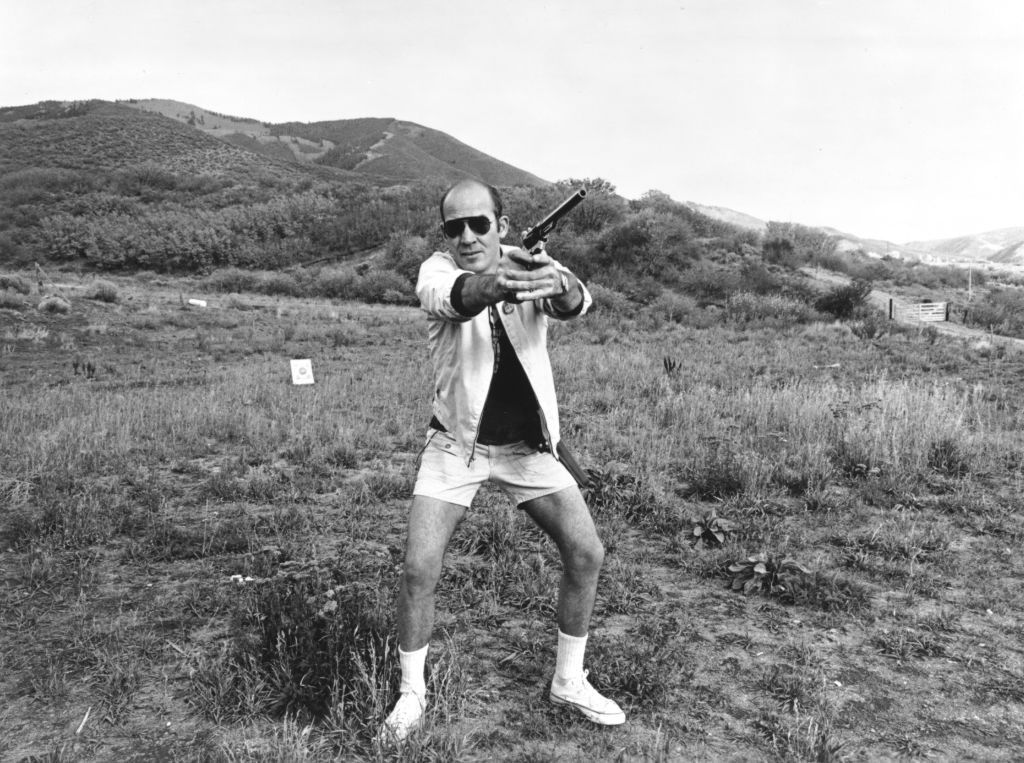 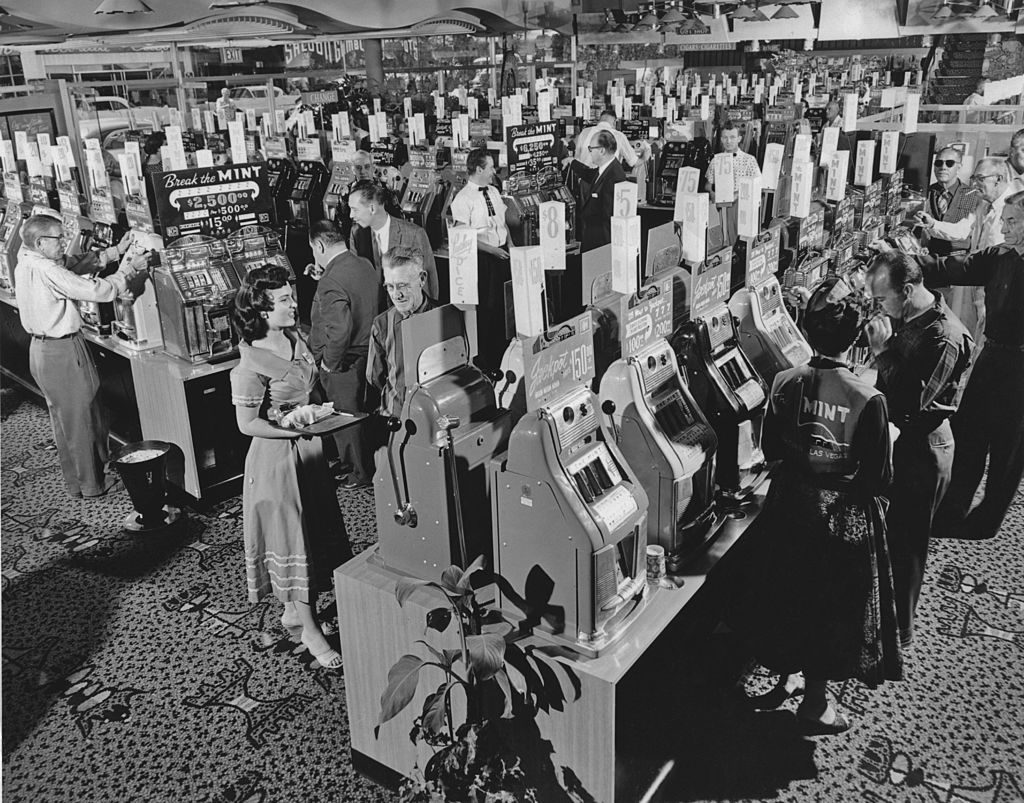 Gamblers and at The Mint casino, Las Vegas, Nevada, circa 1958. The Mint is immortalized in Hunter S. Thompson’s 1972 novel ‘Fear and Loathing in Las Vegas’. (Archive Photos/Getty Images)

Regardless, Thompson remains a biographer’s dream. He lived a helluva life, wrote some great stuff, and fell harder than hard. Then, in 2005, he blew his brains out.

Most of all, we should be grateful Thompson was born in 1937 and not 1997. Had Hunter S. Thompson come of age today and refused to be anyone other than Hunter S. Thompson, outlets like the Washington Post and their fellow travelers in Woke McCarthyism would’ve stomped his face into goo before his career reached the tarmac.

Imagine all the great writing and art going unproduced today thanks to these evil fascists and their intolerant speech codes and monstrous censorship.