This is via the far-left Axios, an outlet that knows  something about being partisan hacks (I’ve removed all the Axio-ing):

If talent cannot adjust to a less partisan tone and strategy, they could be ousted, three sources familiar with the matter tell Axios. Licht wants to give personalities that may appear polarizing a chance to prove they’re willing to uphold the network’s values so that they don’t tarnish CNN’s journalism brand. For on-air talent, that includes engaging in respectful interviews that don’t feel like PR stunts. For producers and bookers, that includes making programming decisions that are focused on nuance, not noise.

According to the piece, Jim Acosta and Brian Stelter are on the hot seat as “the face of the network’s liberal shift.”

Wow. Look at that.

I thought such admissions of blatant facts that prove right-wing media critics true were verboten?

Believe me, if CNN wants to solve the problem of being a left-wing propaganda machine that spreads conspiracy theories and encourages political violence, it will have to dump a whole lot more staff than just Stelter and Acosta.

Off the top of my head: Brianna Keiler, John Berman, Jake Tapper, Don Lemon, John Avlon, Dana Bash, Wolf Blitzer, Alisyn Camerota, Erin Burnett, Bill Weir, Jim Sciutto, Fareed Zakaria… the list is unending. And if Donald Trump is reelected in 2024, what will Licht do then? Even if these losers behave for a while, Trump back in office will send them right over the edge again.

If I may, I’d like to put forth a theory…

CNN’s problems have little to do with the fact it’s a left-wing propaganda machine that spreads conspiracy theories and encourages political violence… MSNBC does that and has much better ratings. Nothing spectacular. Nothing like Fox News, but therein lies the truth.

CNN had made two fatal errors, neither having to do with its embrace of fascism and extreme leftism… MSNBC has proven there’s a market, albeit a small one, for left-wing fascism.

CNN’s first problem is that even as it blatantly operates as a left-wing propaganda machine that spreads conspiracy theories and encourages political violence, it still laughably claims to be objective. MSNBC doesn’t do that. CNN needs to understand that no one enjoys being lied to like that. Not even leftists. 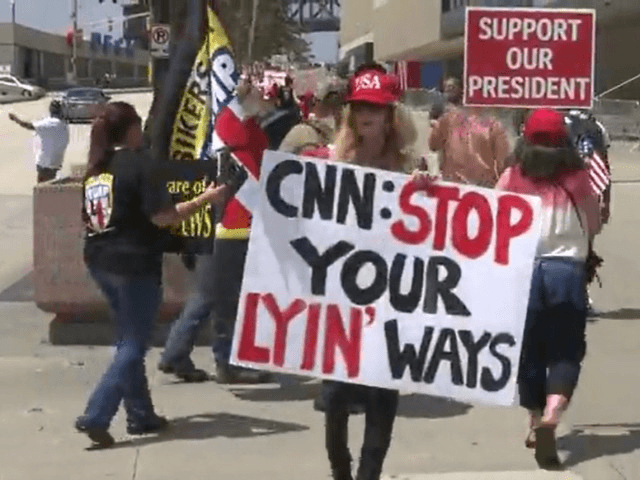 CNN’s second problem is even larger: CNN has the single most unappealing line-up of on-air staff in television history.

CNN’s on-air staffers are so hideous, smug, arrogant, vain, full of themselves, and unlikeable that no one wants to watch them.

Regardless, CNNLOL will shuffle on. But it’s doornail dead as a respected news outlet, a moral authority, or anything other than a punchline in any joke about lies, deception, and insufferably full of yourself.

Besides, how do you put the toothpaste back in the tube after everyone at CNN has already bared their lying, left-wing asses for the last five years? We know who these people are, and we don’t like or trust them.