The latest polling shows that the corporate media’s latest anti-GOP narrative is a five-alarm failure. Despite 16 months of nonstop media cries about how Republicans are a “threat to democracy,” more voters trust the GOP to protect democracy than they do Democrats.

The edge is narrow, one of only a single point (46 to 45 percent) but imagine being a member of the corporate media and reading these results. And what do these results prove? They prove that despite more than a year of 24/7 propaganda backed by billions of corporate dollars, the needle on this issue has not moved AT ALL.

In this divided country, it is perfectly reasonable to assume we would have seen this exact same breakdown on this question ten, fifteen, or twenty years ago.

Three percent of those polled said both parties would protect democracy, putting the GOP at 49 percent, compared to the Democrat party’s 48 percent.

This was always a stupid and desperate narrative from the media, a narrative that proved the media had run out of ideas. The whole idea of “danger to democracy” is so melodramatic and over the top that you can’t help but roll your eyes every time you hear it.

What’s more, the mostly peaceful protest at the U.S. Capitol in early 2021 would have enjoyed a much bigger public backlash had Democrats and the corporate media not spent almost all of 2020 encouraging, justifying, excusing, championing, and applauding a countless number of full-fledged riots and acts of violence committed by their terrorist-Brownshirts in Antifa and Black Lives Matter. 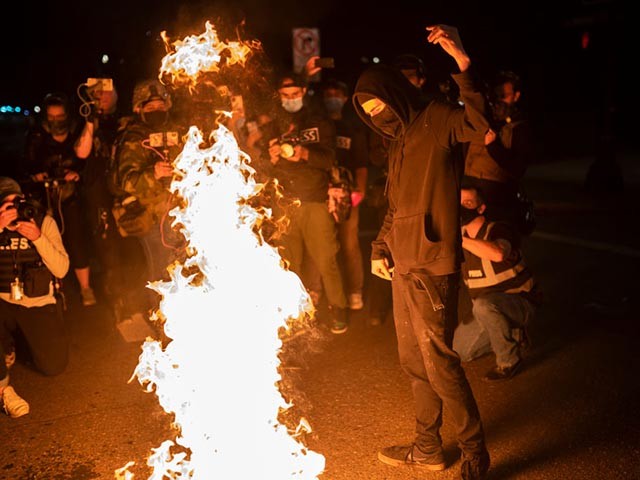 The violence at the U.S. Capitol was inexcusable, but you lose the right to say so after you’ve just spent a full year applauding the burning, looting, and marauding of one Democrat-run city after another.

The media’s dumb focus on “democracy in peril” is not only laughably ham-fisted and desperate, but it also exposes the media (and Democrats and narcissists like Liz Cheney) as hopelessly out of touch with voters, who have MUCH bigger things to worry about than lame conspiracy theories about the Orange Bad Man’s coup. Let’s start with gas, food, and housing costs. How about no baby formula and an open border? Oh, and don’t forget rising violent crime, rising interest rates, and a sitting president who hardly knows what day it is.

There was a time when the media could wrap the Republican party in knots with these manufactured nonsense narratives. It was only ten years ago when the fake media used a stupid comment made by a U.S. Senate candidate about rape to help reelect a failed president named Obama. But those days are over. New Media is no longer responding to the corporate media. Instead, we push our own narratives, and unlike the corporate media, our narratives are based on substance, not horse shit like Todd Akin or “democracy in peril.”

Best of all, more and more Republican politicians have figured out that the best way to deal with the fake media is either to 1) not deal with them at all or 2) treat these scumbag leftists with the contempt they deserve. We’ve come a long way from watching Mitt Romney’s 2012 tumble over every media tripwire laid out for them.

The corporate media used to scare me with its corrupt power; then, it angered me; now, it just makes me laugh at its fecklessness and ongoing irrelevance.