Confidence in the establishment media has cratered, according to a Gallup survey report Monday.

The poll found only 16 percent have “quite a lot” of confidence in newspapers, and 11 percent in news watched on television. Both mediums have lost five points of confidence in one year since President Joe Biden assumed office.

Gallup has recorded confidence in newspapers since 1973 and television since 1993. 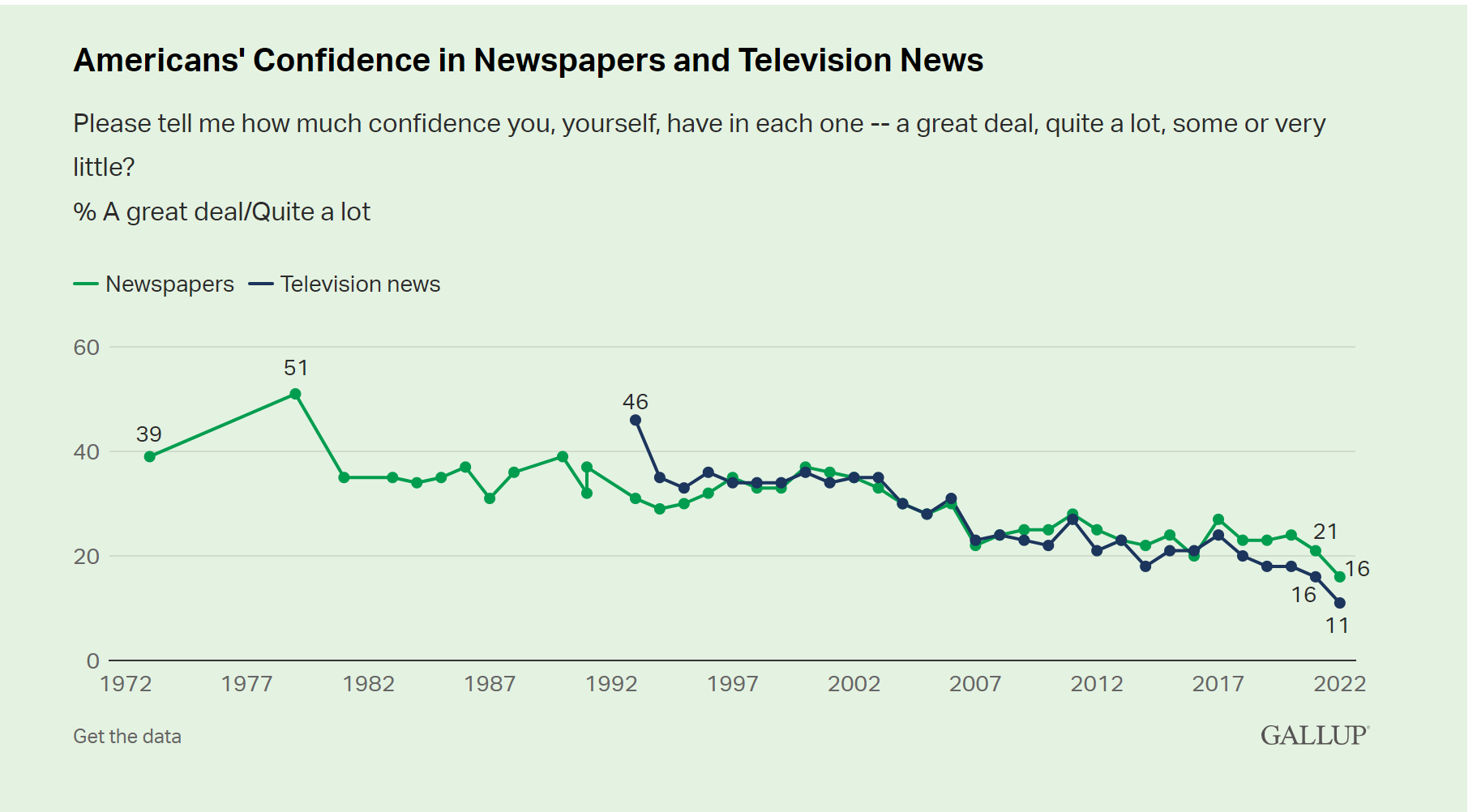 The poll also found Democrats (35 percent) have the highest confidence in the establishment media. Republicans have only 5 percent confidence, while independents have 12 percent. “Democrats’ confidence in newspapers rose to the 42% to 46% range during the Donald Trump administration but fell when President Joe Biden took office,” Gallup found:

A majority of Americans have expressed confidence in newspapers only once — in 1979, when 51% did. But there is a wide margin between that and the second-highest readings of 39% in 1973 and 1990. The trend average for newspapers is 30%, well above the latest reading of 16%, which is the first time the measure has fallen below 20%. The percentage of Americans who say they have “very little” or volunteer that they have no confidence is currently the highest on record, at 46%.

Confidence in television news has never been higher than its initial 46% reading in 1993 and has averaged 27%, considerably higher than the current 11%. This is the fourth consecutive year that confidence in TV news is below 20%. And for just the second time in the trend, a majority of Americans, 53%, now say they have very little or no confidence at all in TV news. 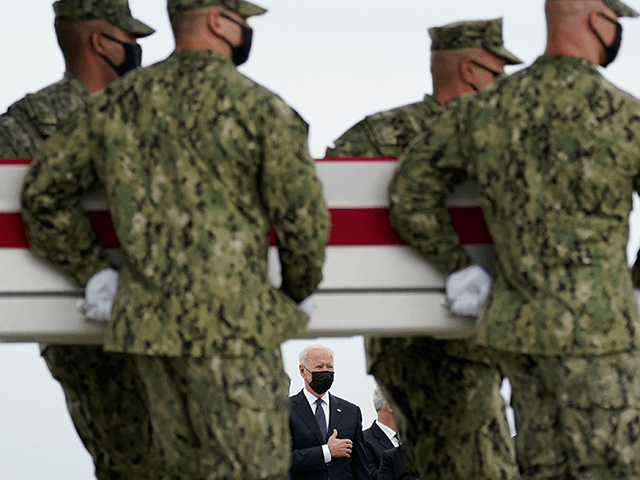 President Joe Biden watches as a carry team moves the transfer case containing the remains of Navy Corpsman Maxton W. Soviak, 22, of Berlin Heights, Ohio, during a casualty return Sunday, Aug. 29, 2021, at Dover Air Force Base, Del. According to the Department of Defense, Soviak died in an attack at Afghanistan’s Kabul airport, along with 12 other U.S. service members. (AP Photo/Carolyn Kaster)

“The mainstream media has played a huge, underappreciated role in President Biden’s declining support over the past year,” the article stated about “media hysteria” that has “showed a marked increase in negativity in media coverage of Biden.”

“[I]n my view, media coverage is a big factor in those warped polling results,” Bacon Jr. continued. “Yes, I am calling for the media to cover Biden more positively… Ideally, on every issue, the media would compare the Republican and Democratic solutions. You can see how this model might help Biden.”